By Matthew Lambert for the Daily Mail

Andy Murray made a victorious return to competitive tennis on Thursday as he and partner Feliciano Lopez defeated Juan Sebastian Cabal and Robert Farah in straight sets at Queen’s Club.

The 32-year-old former world No 1 was making his first appearance for six months but he looked sharp on court as he and his Spanish partner won out 7-6, 6-3.

So, how did he shape up on his return? Sportsmail’s MATTHEW LAMBERT watched the Scot at close quarters and gave his verdict from Queen’s Club. 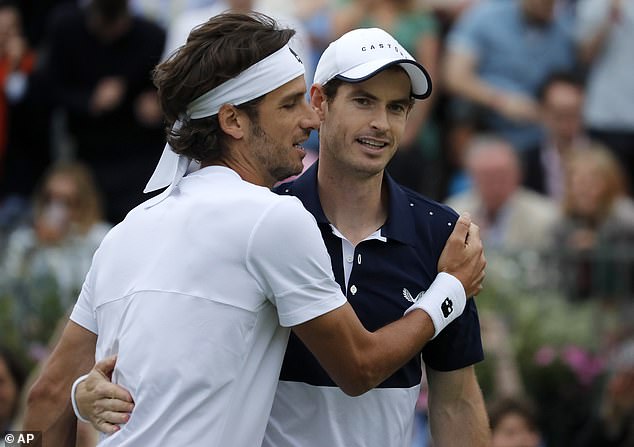 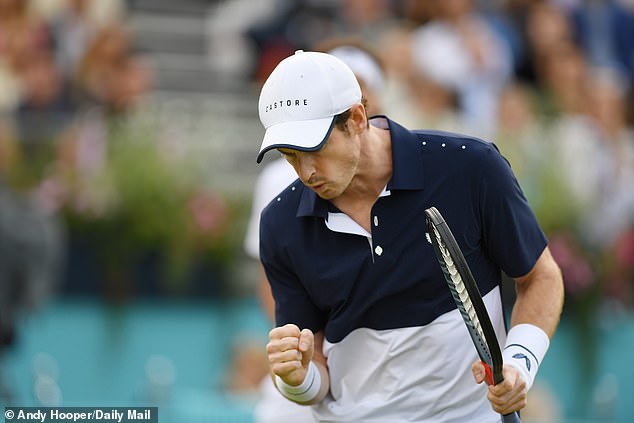 Encouraging. Murray did not look physically hampered, darting around at the net and coming forward well. Sprightly and light on his feet between points, he was a world away from the limping figure when his hip pain was at its worst.

The area in which he struggled before his op was in moving out wide on the forehand side. That was never going to be fully tested in doubles, but on the one occasion he was forced to stretch, he tracked down a backhand and whipped it up the middle of the court to win the point.

There were a few of hairy moments when he slipped and twice he failed to get across to cover the middle of the court, but that was down to his inexperience in doubles. 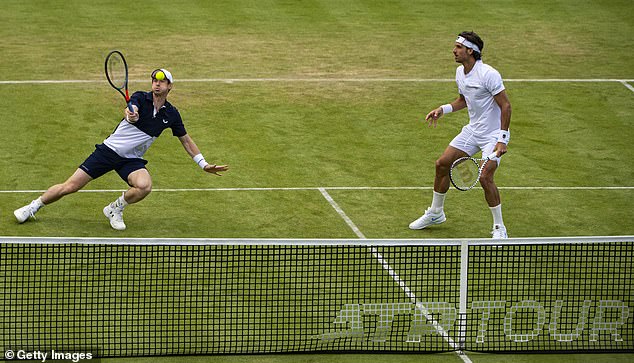 Murray has never been a poster child for positive body language on court but he looked full of beans here.

Early on there were a few trademark grimaces towards his box, the odd frustrated slap of the thigh. But there were also fist pumps and even a ‘Vamos’ for the benefit of Spanish partner Feliciano Lopez. He raised his fist to the crowd after winning the first set and during the second he was really enjoying himself.

Got better and better. The Scot was not hitting the ball cleanly at the start, especially on the forehand return of serve.

But gradually he found his range and struck a crucial double-handed backhand to get to 4-4 in the tiebreak. In the second set he was seeing the ball well and the two forehand winning returns in a row to break for 4-2 were vintage Murray. 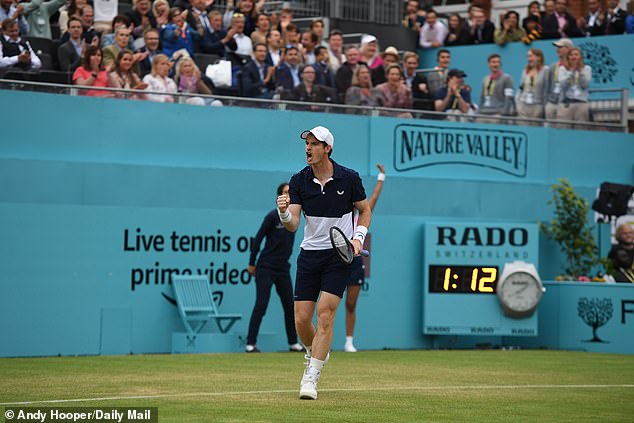 Superb. He never tried to hit his volleys too hard, calmly directing them into space. It took until 5-6 in the opening set for him to miss at the net.

Razor sharp. When Lopez served for the match, Farah hit a thumping overhead but Murray somehow reacted to punch a double-handed backhand winner.

The acid test for Murray will be when he returns to the singles court but this was a very encouraging start.