By James Ayles For Mailonline

Dele Alli could not hide his anger at being substituted during Tottenham‘s 2-0 Champions League final loss to Liverpool.

The midfielder was withdrawn on 82 minutes for Fernando Llorente with his side 1-0 down following Mohamed Salah‘s second-minute penalty.

As he departed, Alli made his feelings clear by hurling a water bottle across the dugout. 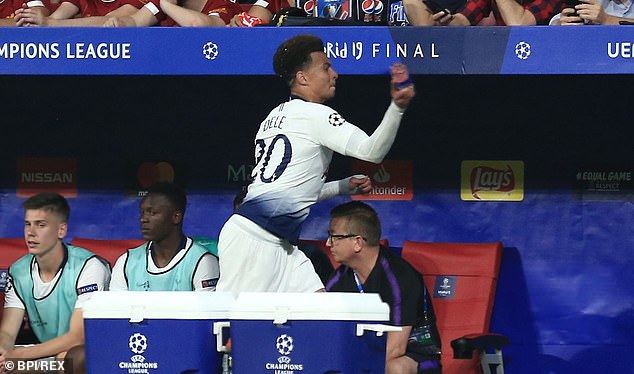 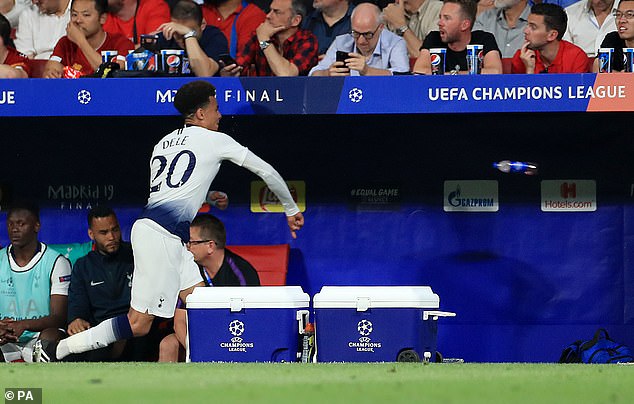 Things got worse minutes later as Divock Origi fired in the decisive second goal to ensure Alli remains trophy-less since moving to north London in 2015.

The final in Madrid couldn’t have started any worse for Spurs, who fell behind after just two minutes when Moussa Sissoko conceded a penalty for handball.

The midfielder had his arm outstretched and referee Damir Skomina showed no hesitation in pointing to the spot after just 21 seconds.

Both teams struggled to show any fluency in stifling heat at the Wanda Metropolitano, and Alli’s anger boiled over when he was hooked.

Tottenham threw caution to the wind in the final minutes with Llorente on the pitch but it was Liverpool who finished the victors, claiming their sixth European Cup. 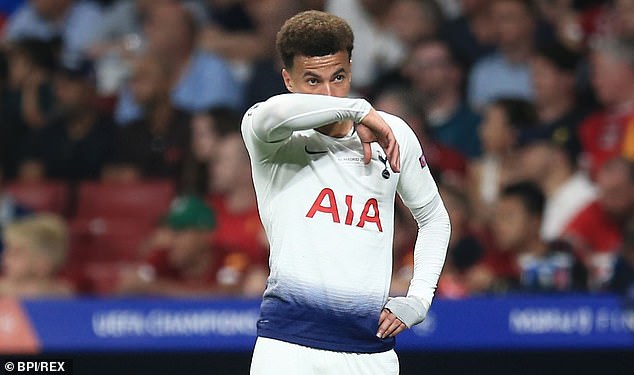 The midfielder, like his team-mates, struggled to make a telling contribution during the match