By Tim Stickings For Mailonline and Reuters

A newborn baby was fitted with a face shield at a hospital in Bangkok today after emerging from the womb to face a world in crisis.

The baby was strapped into the visor to keep it safe from infection as it lay on a bed at the BNH hospital in Thailand‘s capital.

The contraption covered nearly half the child’s tiny body, which was wrapped in baby clothes with only its face poking out.

It came as Thailand’s prime minister announced a night-time curfew across the country, saying people had to adapt to survive. 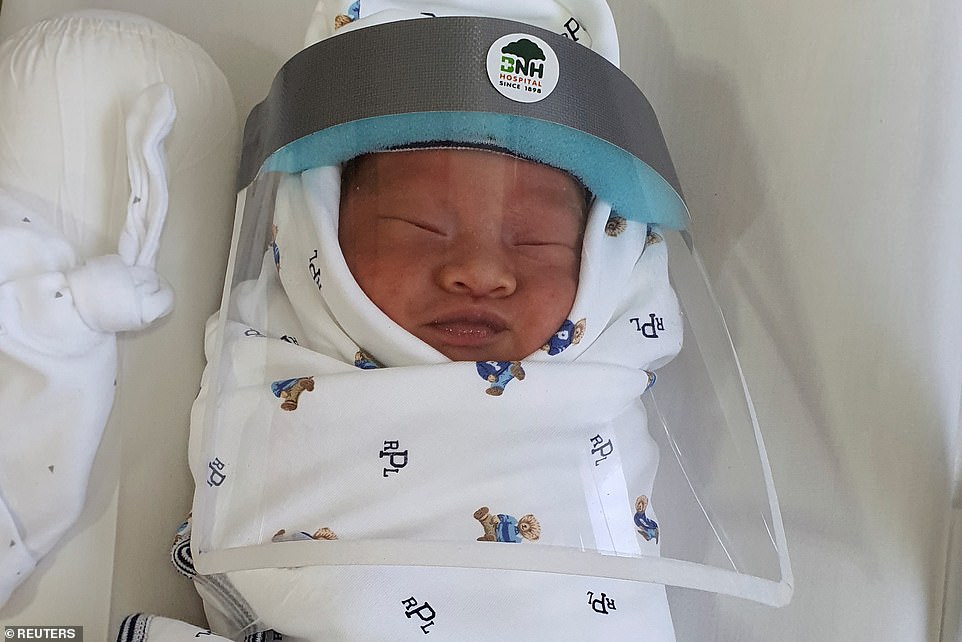 Protected: This newborn baby wore a protective face shield at a hospital in Bangkok today, in a country which is now facing a night-time coronavirus curfew

The 10pm-4am curfew, which will run indefinitely, is the latest measure by the government to curb gatherings and have people stay at home as much as possible.

‘We prioritise health over freedom,’ said Prayuth, a former army general who seized power in a 2014 coup and was re-installed as a civilian prime minister after a disputed general election over a year ago.

‘We might not feel as comfortable as before, but we all need to adapt for survival and have social responsibility, so that we can make it through this crisis.’ 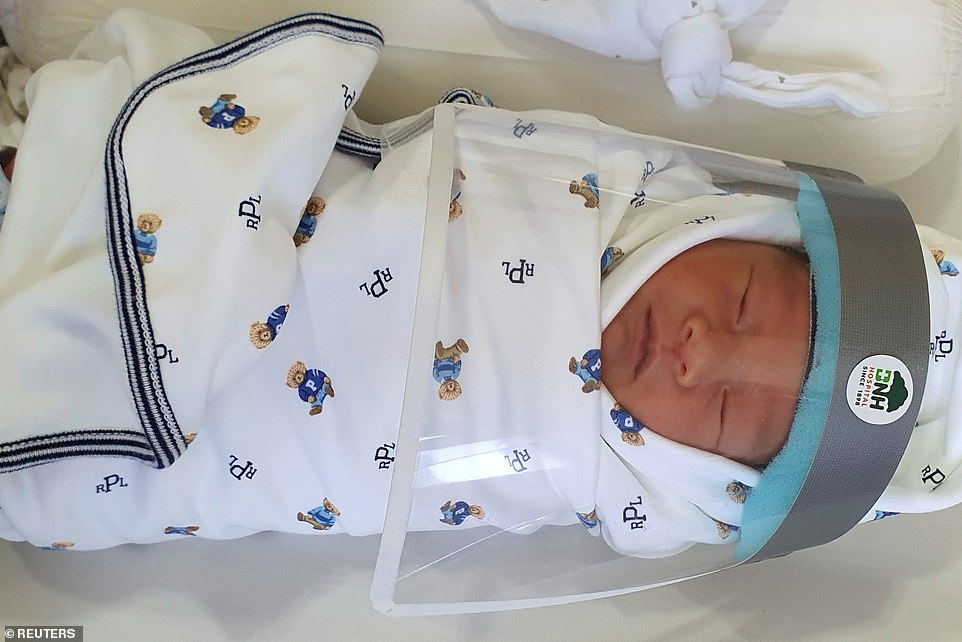 The contraption covered nearly half the baby’s tiny body, although only its face was poking out from behind the shield and baby clothes

Prayuth also said he would ensure that hospitals get the supplies they need, describing medical staff as the ‘vanguard’ against an ‘invisible enemy’.

In a televised address, Prayuth also asked all Thai citizens abroad to ‘delay’ returning to Thailand until after April 15 in a bid to stop imported cases.

Since March 1, Thailand has seen rising numbers of cases who became infected abroad before returning to Thailand and has put nearly 2,000 people who came into contact with them into quarantine.

Last week, Thailand closed all border crossings for everyone except for Thai nationals, diplomats and their families, and foreigners with permits allowing them to work in Thailand.

The World Health Organisation’s latest figures show 1,771 cases and 12 deaths in the country.