By Alice Cachia For Mailonline

A man has been rescued by police helicopter in the Pyrenees after trying to walk from France to Spain to buy cigarettes.

The man, who has not been named, was slapped with a £120 fine for breaching coronavirus restrictions. 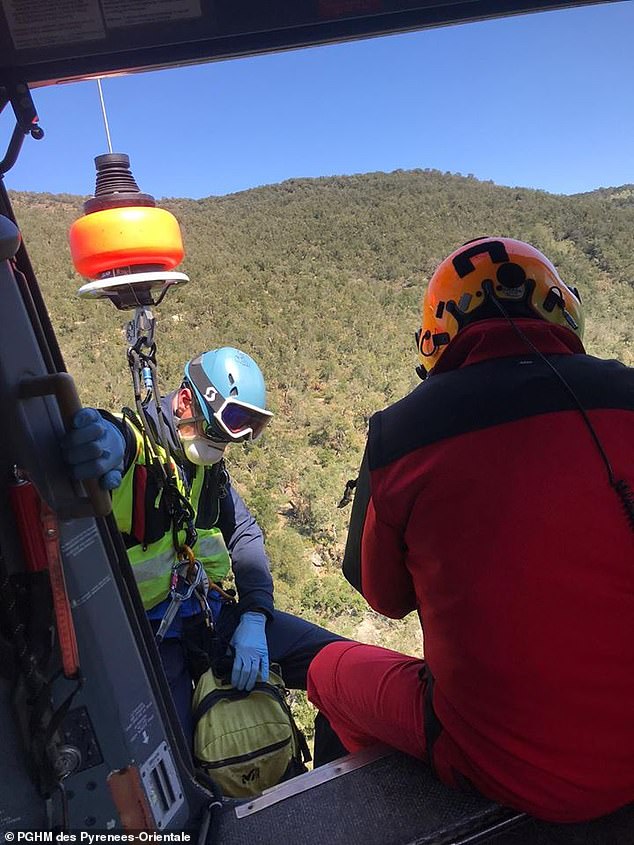 He had first been caught by police on Saturday trying to drive the 20 miles from his home in Perpignan on the French Mediterranean coast to the Spanish village of La Jonquera in Catalonia, where cigarettes are considerably cheaper. 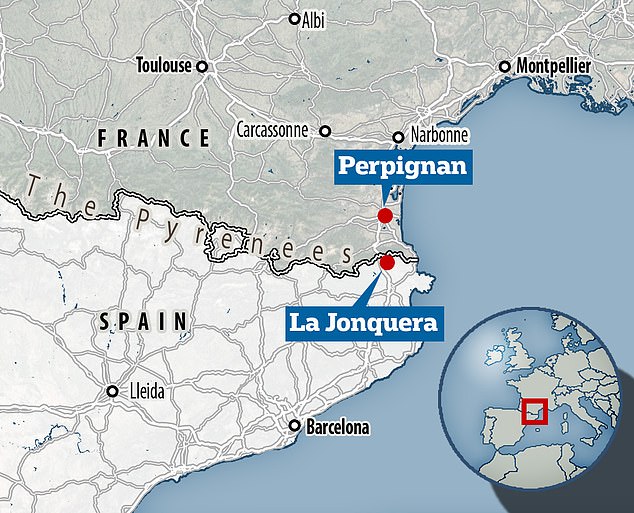 He was intercepted at a checkpoint and turned back before attempting the journey on foot along a hiking path over the Pyrenees mountains.

French Mountain Police said the man got lost while walking and stumbled into a creek before he contacted rescuers.

He was discovered by nightfall on Saturday and airlifted to a security facility back in Perpignan where he was given a fine of around £120 for non-compliance with strict lockdown measures.

A statement from France’s Pyrenees High Mountain Police said: Looks like the (lockdown) message didn’t get through properly.’ 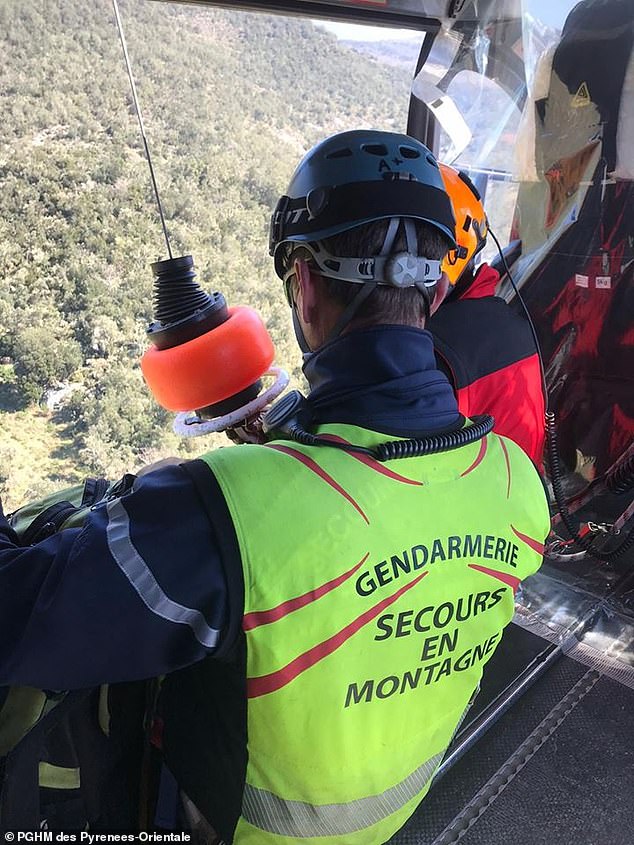 It added: ‘We took part in a rescue with a helicopter from Perpignan in order to go get an exhausted, very cold and lost individual off the heights above Le Perthus.

‘This young man, left Perpignan by car, was sent back by the control stations between France and Spain when he wanted to go to Le Jonquera. 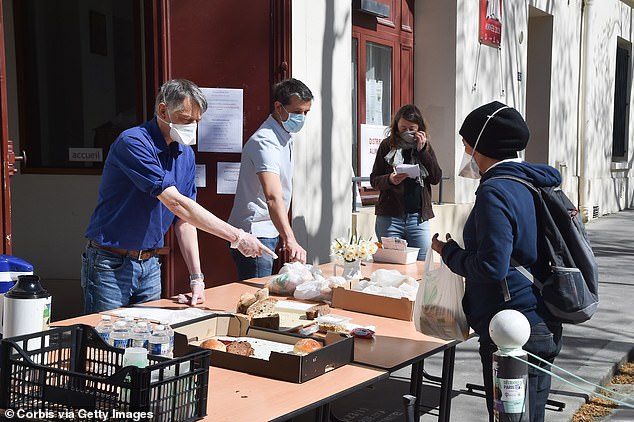 France is issuing fines for people caught violating its nationwide lockdown measures. Above, volunteers from the Paroisse Sainte Rosalie distribute free meals to those in need at Sainte Rosalie church

‘He then decided to take a hiking path, hoping to cross the border through the mountain.

‘He fell into a creek, got out again, got lost and then ended up contacting mountain rescue with an SOS using his phone’.

More than £50m worth of fines has been handed out to those caught without the right documentation to allow for an hour-long trip for exercise, shopping, or travel to work.