A woman living in fear of her abusive boyfriend was forced to sleep in her car for two days after she fled their home following a savage beating.

Natasha Adair, 36, of Bury, Manchester, was dragged from a sofa by Michael Smith and repeatedly kicked to the head during a row at a friend’s house.

She managed to get home but found Smith was already there and she moved into the back of her tiny Chevrolet Spark vehicle because she was too frightened to stay with friends. She was rescued after neighbours alerted police and arrested the 38-year-old.

Nowe she is terrified that he her ex-partner may come after her after being released from prison, having been jailed for 12 months for her violent assault in 2019. 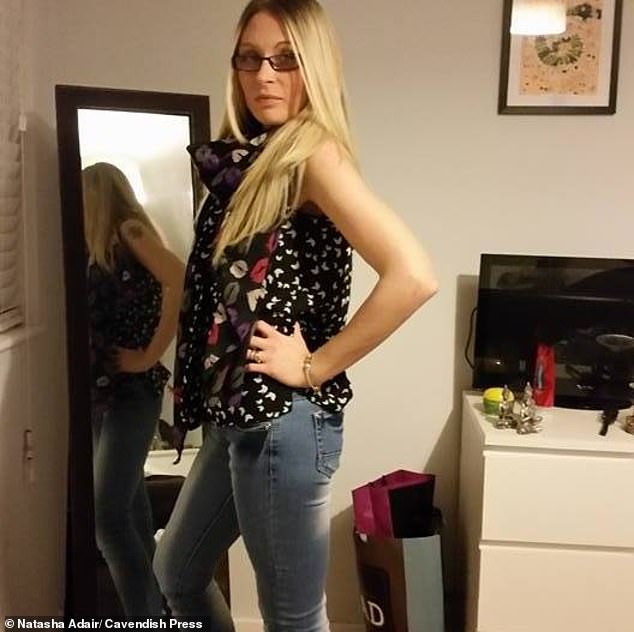 Natasha Adair, 36, of Bury, Manchester, has revealed she hid out in her car for two days because she was too scared to go back to her flat after being violently attacked by Michael Smith 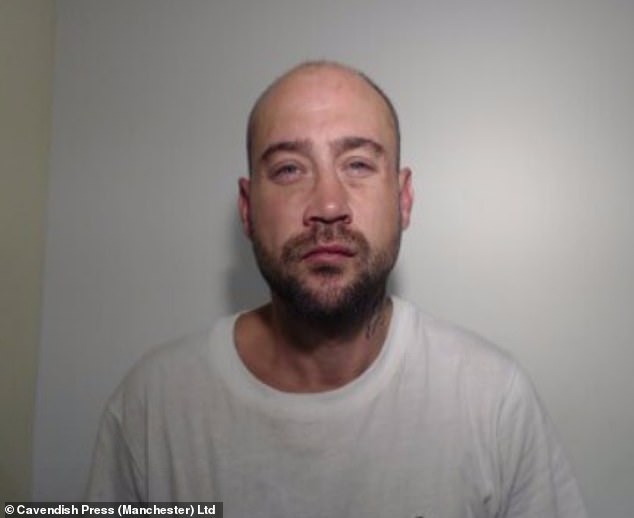 Michael Smith, 38 (pictured) was sentenced to 12 months in prison for Adair’s assault, which took place after drinking seven cans of strong lager

Smith violently beat Adair at a friend’s house at the end of their eight-months relationship, before she managed tor run away.

It emerged he had drunk seven cans of strong lager in the run up to the attack and had a history of violence towards her.

In a statement Miss Adair, of Bury, Greater Manchester, who suffered severe bruising to her face in the attack, said: ‘When I first provided a victim personal impact statement I was still in a relationship with Michael and I didn’t want him to be sent to prison, I just wanted him to get help.

‘Now I believe prison is the only place he will get the help he needs. I don’t think he would attend any appointments outside prison. I am very scared that the next time I see Michael in the street he will beat me up. 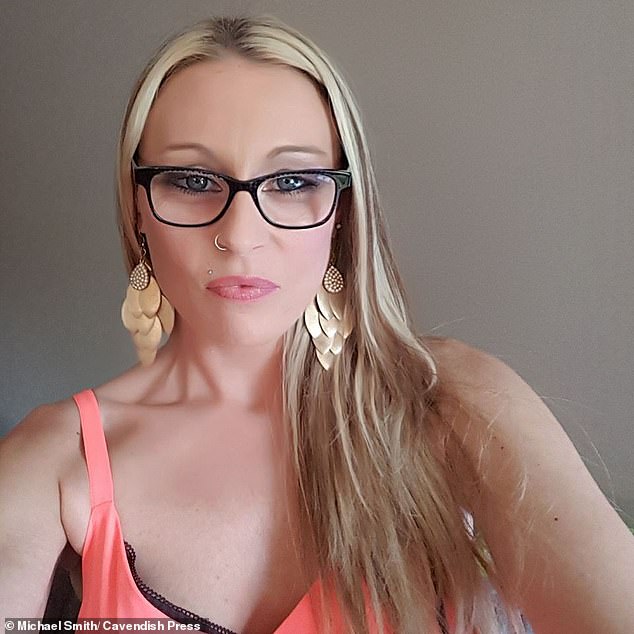 Adair (pictured) said she initially did not want Smith to be jailed, but has since then said he could only get the help he needed in prison

‘My anxiety has increased and I do not want Michael to come anywhere near me or contact me or any of my friends. He knows where they live.’

At Minshull Street Crown Court, Manchester, Smith, also of Bury, admitted assault occasioning actual bodily harm and was jailed for 12 months. He was also barred from contacting her for five years under the terms of a restraining order.

Prosecutor Miss Chloe Fordham said: ‘The defendant had been in a relationship with his girlfriend, Natasha Adair, for about eight months. During that time she had moved in with him in Bury.

‘Mr Smith was an alcoholic and his behaviour was paranoid and aggressive when he had been drinking. He had been suffering from depression and post-traumatic stress disorder. 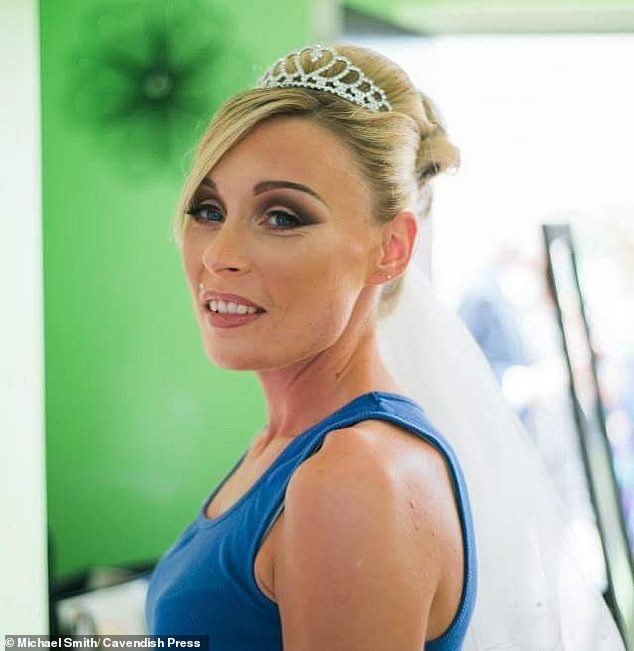 Prosecution explained during the trial that Smith as an alcoholic who exhibited violent, aggressive and paranoid behaviour when he drank (pictured: Adair)

‘On 20 July 2019 Mr Smith was arrested for assaulting her. He appeared before the lower court and pleaded not guilty on 27 July.

‘Magistrates granted him bail but he was told not to contact Miss Adair, but they did get back into contact and she moved back into his flat around four or five days later. She did not appear before magistrates to give evidence in relation to that charge.

‘On 12 August Miss Adair had had enough of Mr Smith’s aggressive behaviour and went to stay with friends. She had been there for a couple of hours before Mr Smith turned up.

‘He had been drinking and carried on drinking around six or seven cans of strong lager. He became argumentative and begun an argument with them. He dragged her from the sofa by her knee and pulled her around the floor. 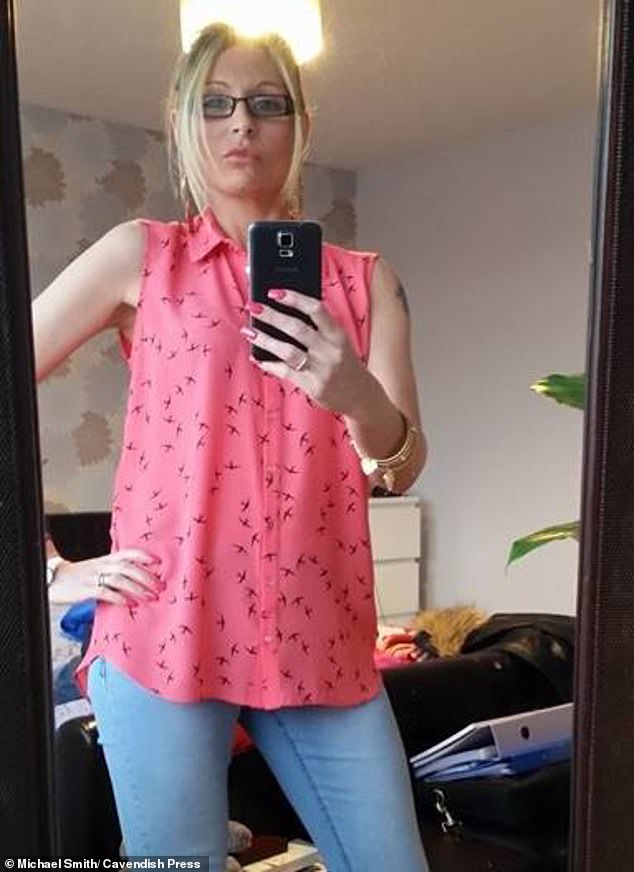 During a violent row in July 2019,, Smith started to kick Adait (pictured) in the head repeatedly. He punched her in the ribs and head, and she was unable to fight him off or calm him down

‘He started to kick her in the head repeatedly. He punched her in the ribs and head, and she was unable to fight him off or calm him down. Her friends could not calm him down either.

‘Police were called to the flat by neighbours. Police attended and saw injuries to her, and that was when she told them about the assault.”

‘She had a large bruise to her head and also to her scalp from where she had been dragged around. There were other bruises on the left hand side of her body and arm. There are aggravating features as the victim was forced to leave her home and slept in the car for several days. 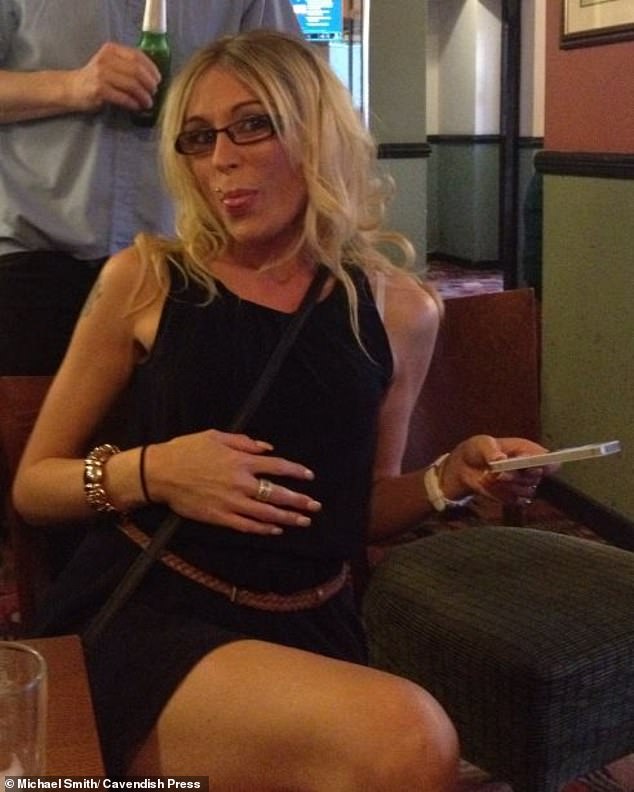 The prosecution explained Smith had had previous convictions for violence, but not domestic violence (pictured, Adair)

‘She had actually found him back at the house they had been sharing after she thought he had gone elsewhere.

‘Alcohol is also an aggravating feature, and the defendant has previous convictions for violence but not domestic violence.’

Defence barrister Hunter Gray said: ‘They were in a short relationship and it is accepted that it is now over.’

Passing sentence, Judge Bernard Lever told Smith: ‘Please do not go anywhere near Miss Adair or let her come anywhere near you. This was an unpleasant attack because you did push her to the ground and applied your foot to her face.

‘This was a significant and quite serious assault. Ring the police if she comes near you, but your first reaction should be to run in the opposite direction.’ 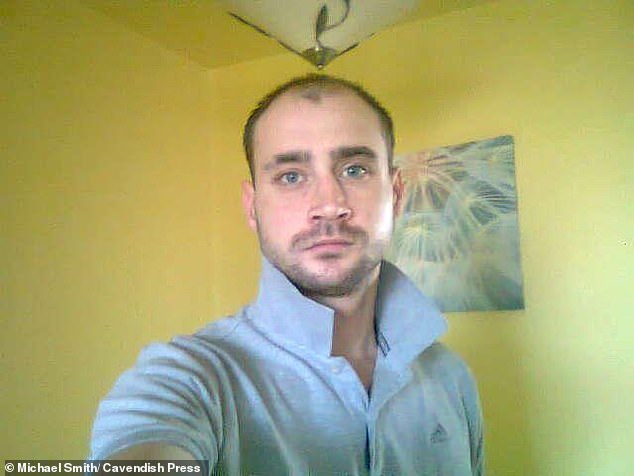