By Jessica Green For Mailonline

Viewers have rushed to criticise Julian Fellowes’ series Belgravia for its ‘unlikeable’ characters who are all ‘whiny and annoying’.

After last night’s episode of the ITV period drama, many viewers admitted they were more taken with Agnes the Dachshund who stole the show than any of the characters.

The British period drama follows the lives of the Trenchards, who have recently ascended to the aristocratic society of London’s Belgravia, as they navigate having a secret illegitimate grandson.

Yet despite the drama in the fourth episode, which saw the family’s servants betray them and their daughter-in-law discover she might be pregnant from her affair, social media users couldn’t help but bemoan the ‘unlikeable’ characters. 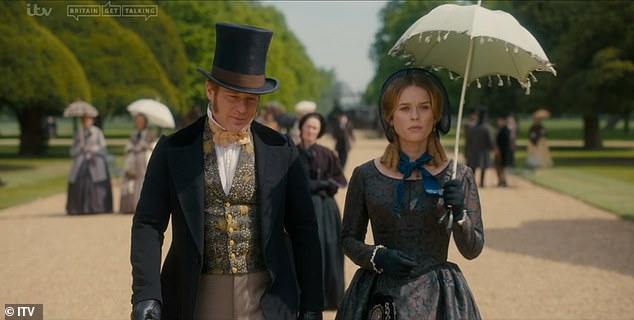 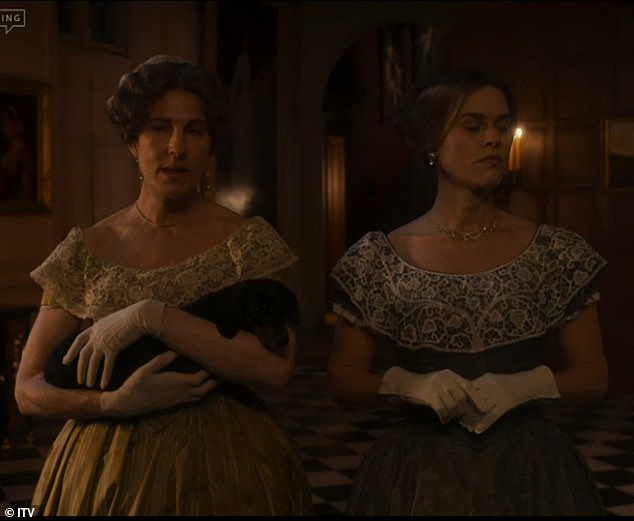 One person wrote: ‘I shall watch Belgravia, because I like a period drama as much as anyone. But my god they are all so utterly unlikeable and Mr Pope is as dull as dull can be.’

Another said: ‘After watching three lacklustre (with no likeable or relatable characters) episodes of Belgravia I decided to give the fourth a miss.’

A third viewer added: ‘At least the servants in Downton Abbey were likeable,’ while a fourth asked: ‘Is it just me or are all the characters in Belgravia whiny and annoying.’

While some admitted that the dog, owned by Anne Trenchard (played by Tasmin Greig) was the only likeable character throughout the programme.

Despite the drama in the fourth episode, social media users (pictured) couldn’t help but bemoan the ‘unlikeable’ characters

Head butler Turton is even set to look through his master’s old letters to try and discover Mr Pope’s identity.

John is determined to discover Mr Pope’s relation to the family after seeing the Trenchards become close to the businessman, who also doesn’t realise the connection they share.

Other viewers suggested that the period drama was getting hard to follow, with one fan admitting they’d took to re-watching Downton Abbey instead

While some (above) admitted that the dog, owned by Anne Trenchard (played by Tasmin Greig) was the only likeable character throughout the programme

Yet it wasn’t all negative reviews for the British period drama, as others revealed how much they were enjoying the series

Elsewhere, John’s mistress Susan Trenchard discovers she might be pregnant with his child, despite being unable to have children with her husband.

Yet it wasn’t all negative reviews for the British period drama, as others revealed how much they were enjoying the series.

One person enthusiastically wrote: ‘Now Belgravia is getting interesting… what of twisted tales, love and deceit.’

Another said: ‘Adam James is slowly stealing this series with his brilliant turn as the splendidly caddish John Bellasis. A great performance.’ 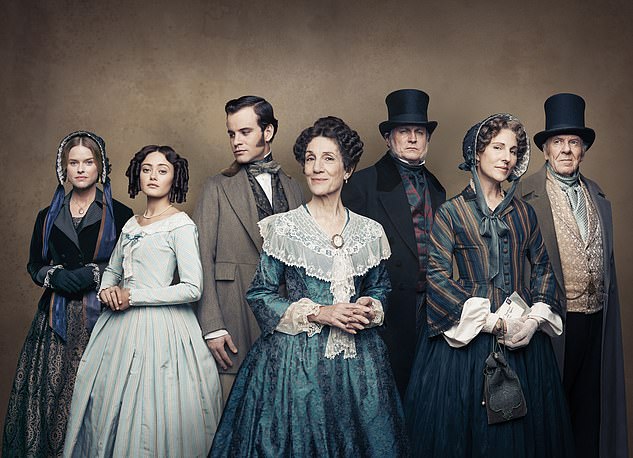