America on its knees: Unemployment soars to 3.3million after three MILLION new claims are filed in just one week – four times the 1982 record – as coronavirus cripples the economy

By Jennifer Smith For Dailymail.com

US unemployment claims have surged to 3.28million – four times the previous record – as a result of the coronavirus pandemic which is crippling the world’s economy and shattering Trump’s record-breaking lows.

Three million people filed claims between March 14 and March 21, according to a staggering report that was released by the Department of Labor on Thursday morning.

The report says service industries – specifically food and accommodation – are the hardest hit but that claims are also coming from the healthcare industry and from people who work in manufacturing, entertainment and arts. 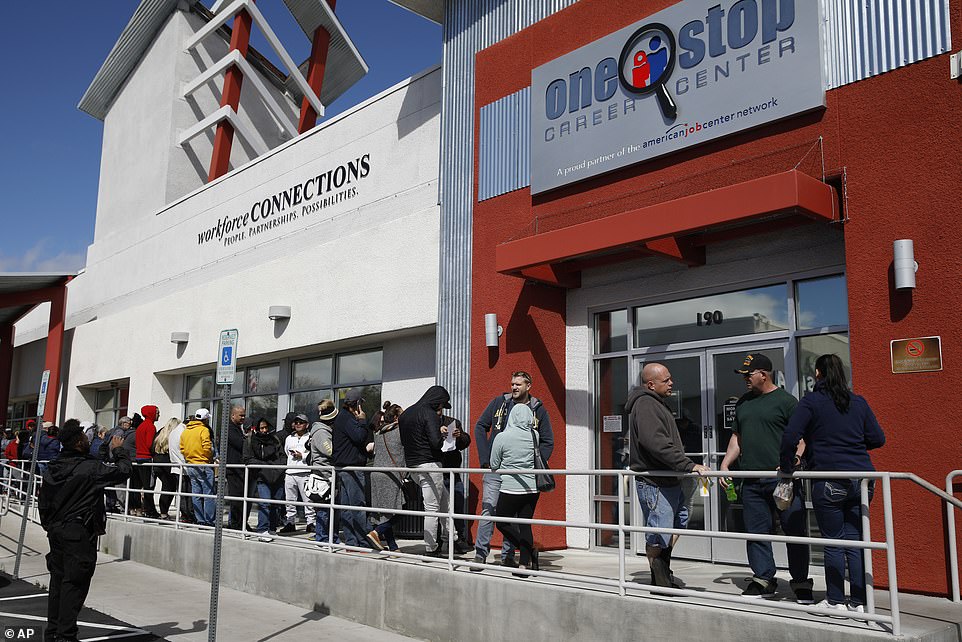 People wait in line at an unemployment center in Las Vegas on March 17. Millions have been forced out of work by the virus 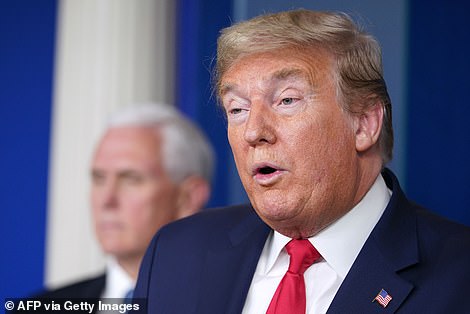 The numbers will only get worse.

Since March 21, states across the country have gone into various forms of lockdown, forcing millions to stop working.

Millions of people have been put out of work by the virus which has now killed more than 1,000 people in America and 20,000 around the world since November.

Despite efforts by the government to alleviate the economic burden, businesses have already folded.

How much they will receive is dependent on what they were making when they were put out of work but the plan guarantees the new rates for four months.

Some out-of-work people can now expect to get more than $1,000-a-week in unemployment benefits.

Separately, almost all workers earning up to $95,000 are being given a check for $1,200.  But the checks are not expected to hit people’s mailboxes until May.

Trump promised earlier this week to re-open the economy by Easter. He has since walked back on that deadline and says he will heed the advice of doctors like White House coronavirus expert Anthony Fauci.