By Danny Gallagher For Mailonline

David Beckham has led the charge among footballers to support to the NHS staff working tirelessly to save lives during the coronavirus crisis.

The country came together as one at 8pm on Thursday night to stand on their doorsteps and hold a minute of applause and cheer for workers in the health industry who are battling on the front line.

Beckham was among the many footballing stars who contributed to the gesture, while a vast portion of Premier League clubs took to social media to offer their endless gratitude. 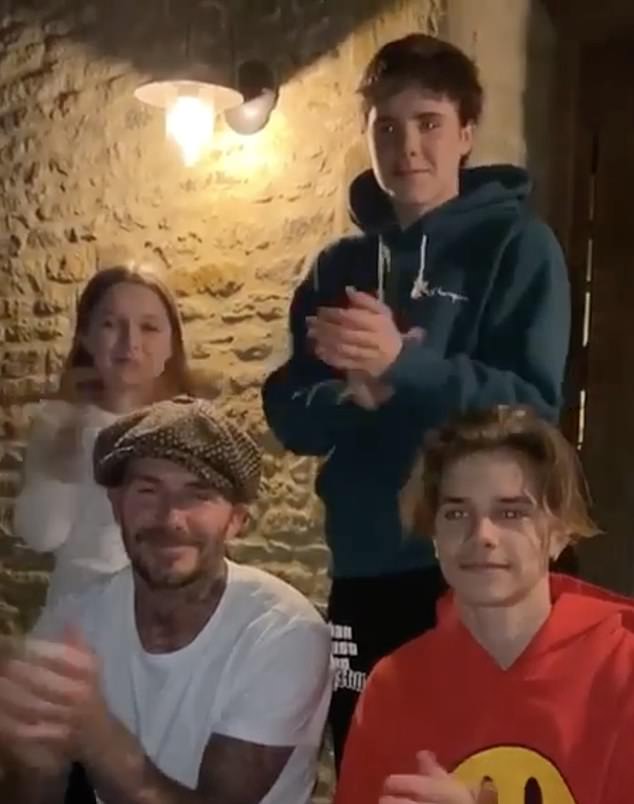 Taking to Instagram, football icon Beckham uploaded a short video showing himself and his children huddled together while clapping and showing thanks.

Over the footage, taken by his wife Victoria, she could be heard saying: ‘Us Beckhams are all clapping to show our thanks to all the people who are working so hard for the NHS, all the doctors and all the nurses keeping us safe.’

Beckham himself then added: ‘Especially away from your families, we are so so proud of you guys, thank you so much.’ 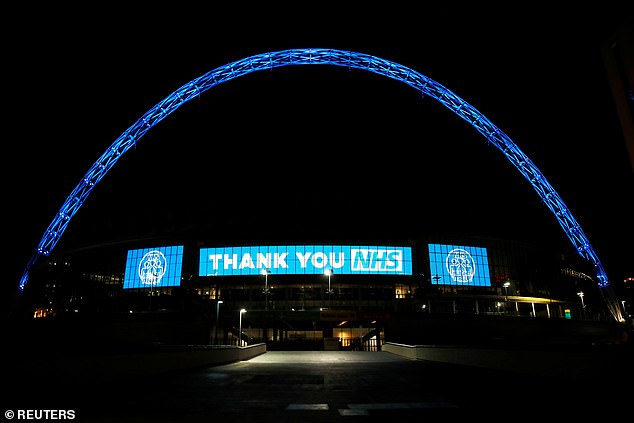 The famous Wembley arch was turned blue, while a message read ‘thank you NHS’

At the same time, in north London, the famous arch of Wembley stadium was lit blue in tribute to the National Health Service.

Leicester star Jamie Vardy was quick to follow suit, taking to the doorstep with his family to make noise and express his gratitude during the unfolding Covid-19 chaos.

The Premier League’s leading goalscorer looked a picture of happiness as he encouraged his young children to get involved, while an older family member chanted ‘NHS’ aloud.

Crystal Palace forward Christian Benteke also wanted in on the movement, sharing with his fans a video of himself clapping outdoors along with a detailed caption of thanks, while behind him a whole neighbourhood of applause could be heard. 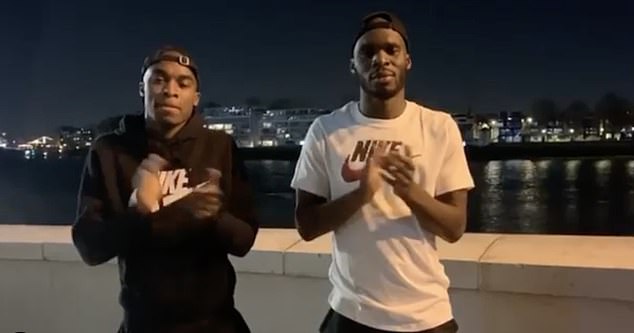 ‘Thank you to everyone doing so much to care for those in need! Especially the medical teams risking their own lives. We’re all thinking of you!,’ wrote the former Liverpool and Aston Villa man.

The Clap For Carers campaign, which started online, has been staged because ‘during these unprecedented times they need to know we are grateful’, the organisers said.

It follows similar moves in Italy and Spain – which have the world’s highest death tolls – which created astonishing scenes earlier this month as they applauded from terraces in the countries’ cities. 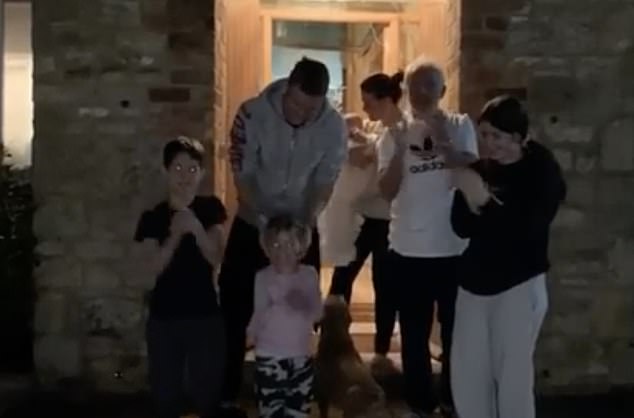 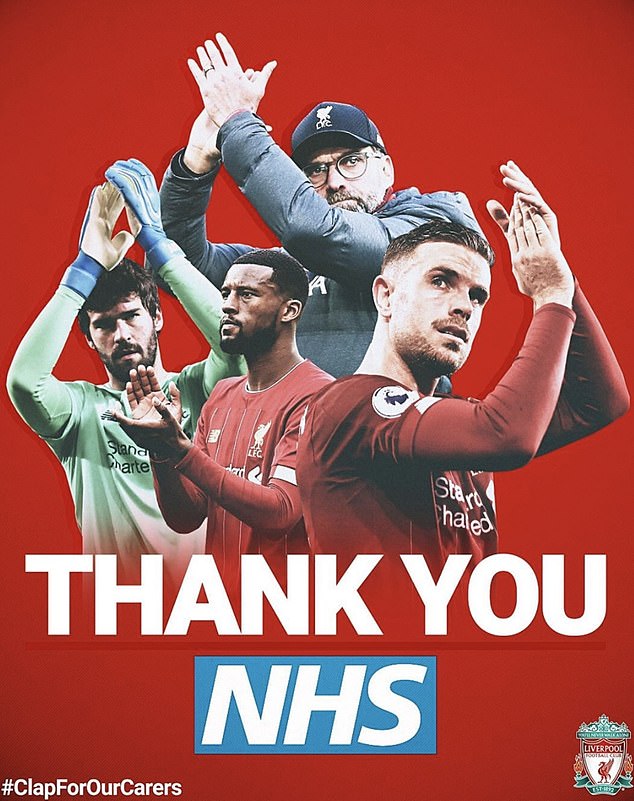 Chief nursing officer of the NHS Ruth May said she appreciated the national salute planned to honour NHS workers.

Ms May said: ‘Nurses and midwives in our care staff are working around the clock. They are working so hard. And I have a very huge personal thank you to make to them.

She said she felt ‘very humble, very proud, and a clap for our carers will mean so much for all of our NHS staff and social care teams as well. Thank you. I appreciate it.’