Former political aide Alastair Campbell has shared his techniques for coping with pandemic anxiety and insomnia – and they include playing the bagpipes and a healthy dose of David Attenborough.

The Bradford-born journalist, 62, who has struggled with bouts of depression, penned a blog for British GQ outlining 20 tips for staying upbeat during lockdown.

He admitted his suggestions won’t be relevant to everyone, but hoped some will resonate and be ‘useful’ to people.

Mr Campbell’s first tip is to look after your loved ones, especially those you are in isolation with. 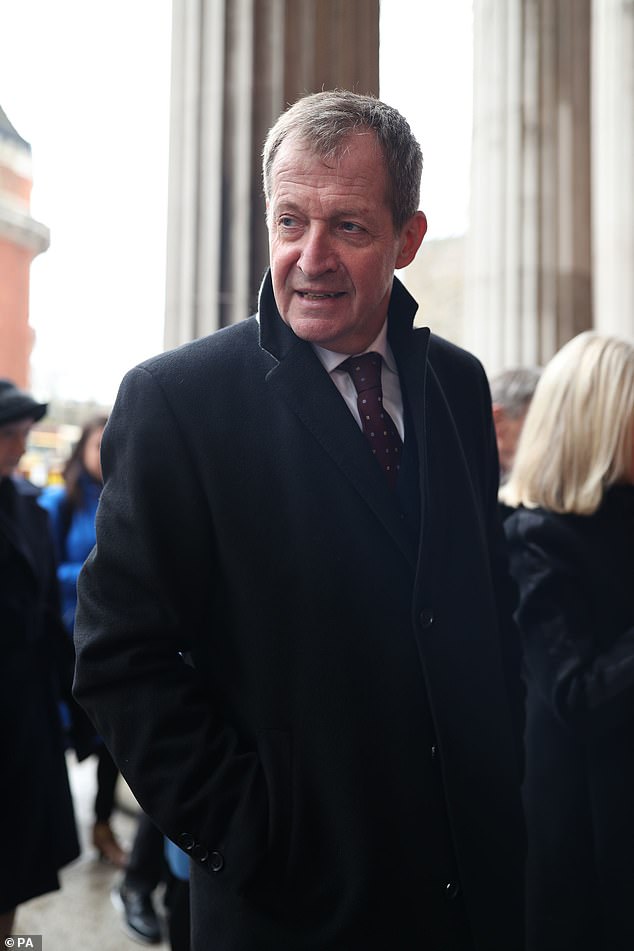 He added that he is ‘luckier than most’ to be with the person he would wish to be on lockdown with – his wife Fiona Millar – and he is trying to do something each day that he wouldn’t normally do to show how much he cares, which this week was unloading the dishwasher.

Mr Campbell also urged readers to stay active and exercise, resisting the temptation to do nothing and slob out on the sofa.

He suggested turning your home into a gym, doing exercises such as squats, star jumps and running up and down the stairs, and joining an online workout class.

The father-of-three also advised ditching junk food and eating as healthily as possible, stocking up on fruit and vegetables – and keeping an eye on your alcohol intake. 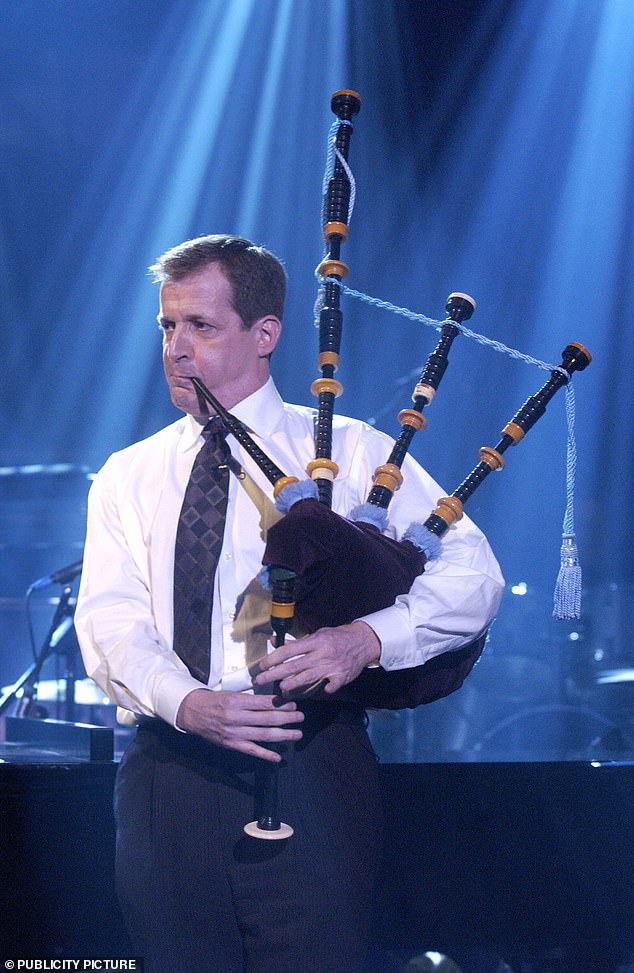 Mr Campbell (pictured in 2004 on Parkinson) also suggested ‘making music’, adding: ‘I play the bagpipes. What is more, before the jokes start, two of my neighbours have said to me in the past 24 hours that they want me to play more. So I will’

‘”This is like Christmas without the fun!” someone tweeted the other day,’ he wrote.

‘We know the temptation to drink more at Christmas or when on holiday. This is not Christmas; it is not a holiday. Best to resist.’

He suggested keeping a food diary – as well as a regular one for noting down your thoughts and feelings – and sharing what you eat with others to ‘swap ideas’.

Despite being an insomniac himself, Mr Campbell hailed the benefits of getting enough sleep. 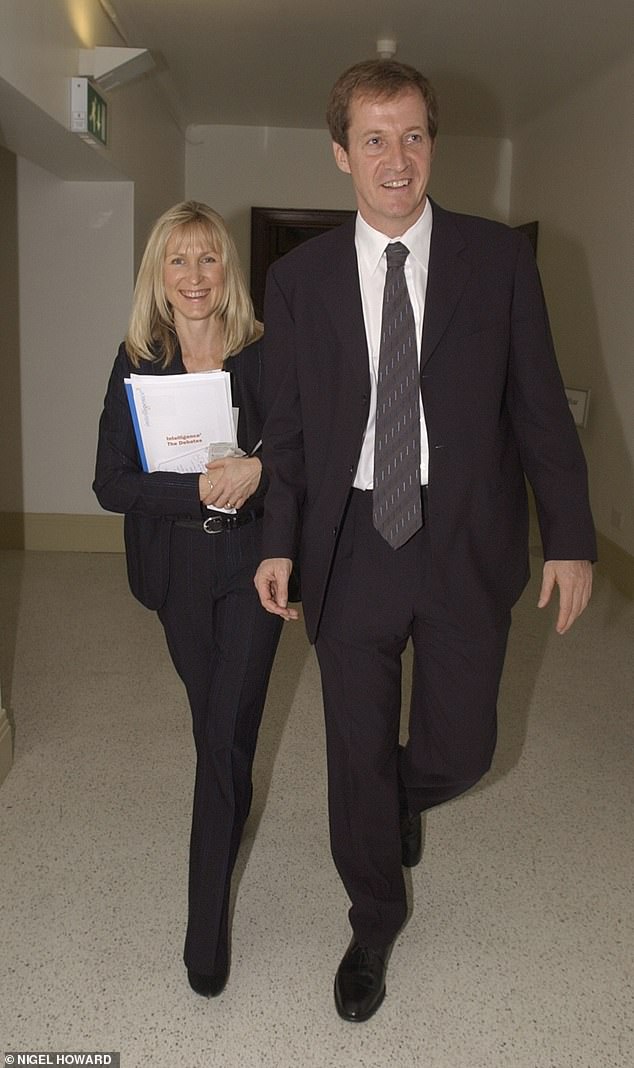 Alastair Campbell, pictured with wife Fiona Millar, said he is trying to do something each day that he wouldn’t normally do to show how much he cares, which this week was unloading the dishwasher

‘Bed and fast asleep before the ten o’clock news means a good night so far as I am concerned,’ he wrote.

He also recommended reading books, fiction or non-fiction, for escapism, cutting down on social media and listening to music regularly.

1. Really look after the people closest to you.

8. Cut down on social media.

18. Remember that the crisis will end.

Mr Campbell also suggested ‘making music’, adding: ‘I play the bagpipes. What is more, before the jokes start, two of my neighbours have said to me in the past 24 hours that they want me to play more. So I will.’

Keeping in touch with people you aren’t seeing face-to-face is also important during this time of isolation, and Mr Campbell also recommended taking the opportunity to re-connect with someone you’ve lost contact with.

For fellow depression sufferers, Mr Campbell urges them to ‘try easy things’ if you are finding it hard to do difficult tasks.

He wrote: ‘When I am depressed and I know my mood and energy are going to be low, I make a big deal in my mind of little things. Brush my teeth. Shave. Turn on the radio. It is another of my mottos: “If I can turn the radio on, I can turn my mind on.”‘

The former Labour spin doctor also urged people to do something good for someone else every day – whether it’s your next-door neighbour, an NHS worker or helping a local charity or food bank.

Mr Campbell urged readers to enjoy nature, whether it’s inside or out, admitting he watched the ‘wonderful’ Blue Planet for the first time at the weekend and has been indulging in Gordon Buchanan’s wildlife films.

‘If you follow me on social media you will know I have been posting Tree Of The Day photos for some time, since before the crisis,’ he said.

‘I cannot tell you how much pleasure Fiona and I have got on our morning walk with the dog deciding which tree to pick. It is especially wonderful right now as the birds are starting to sing more and the absence of aircraft in the sky (though a downside in other ways) means the birdsong is more noticeable and appears to be louder.’

He concluded by reminding people the crisis will end, and to keep things in perspective and make the most of a bad situation.

Pensioners come under attack during coronavirus evacuation in Spain