A pamphlet published in 1849 offers a guide to Philadelphia’s ‘gay houses’ and brothels, including reviews rating ‘the best madams and working girls’ who can ‘make a man happy.’

The pamphlet is titled A Guide to the Stranger, or Pocket Companion for the Fancy, Containing a List of the Gay Houses and Ladies of Pleasure in the City of Brotherly Love and Sisterly Affection.

It offers a ‘correct list and description of the greater portion of the Houses of Ill-Fame in Philadelphia.’

According to Flashbak, the pamphlet contained reviews of brothels as well as bed houses, or rooms rented by the hour. 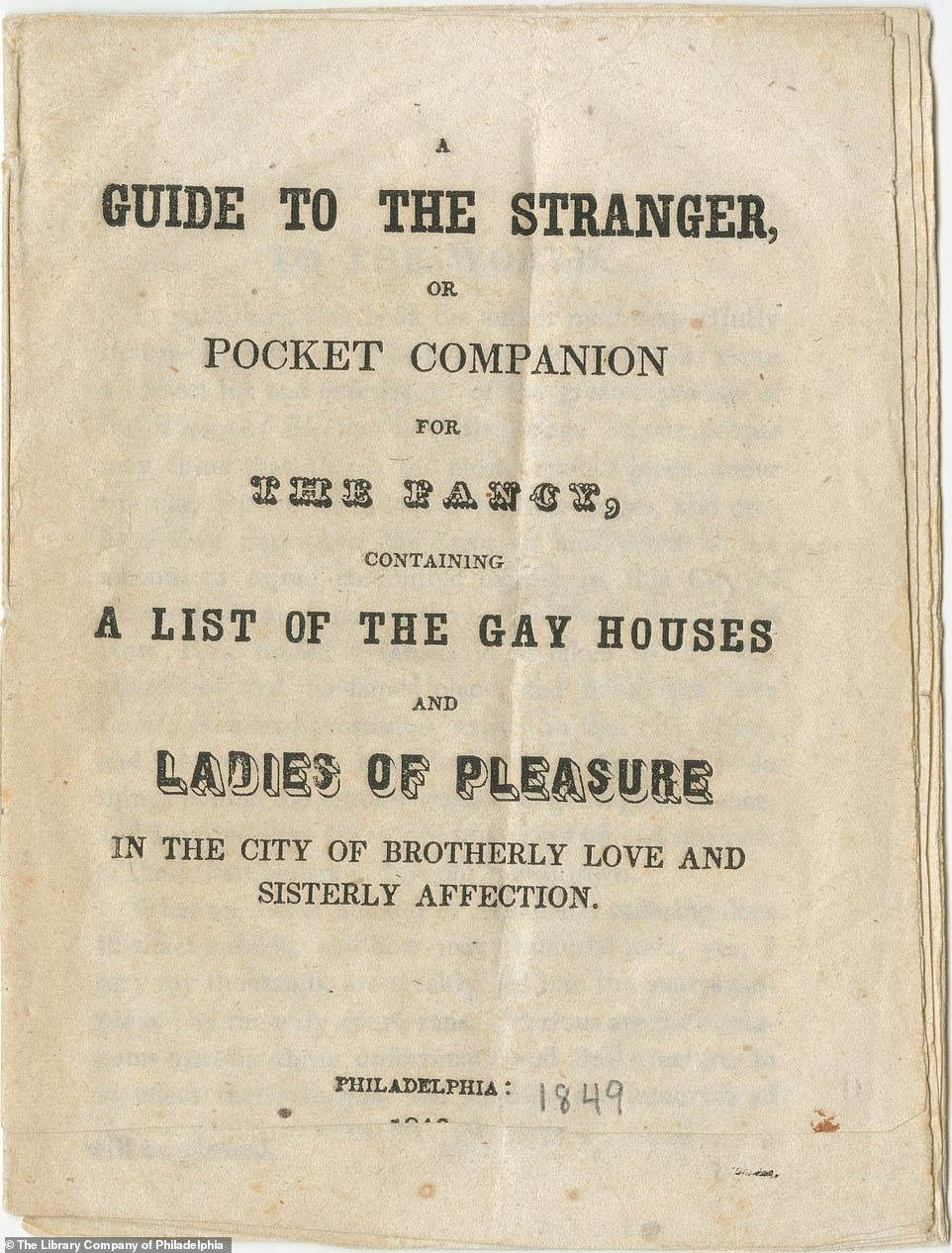 A pamphlet A Guide to the Stranger, or Pocket Companion for the Fancy, Containing a List of the Gay Houses and Ladies of Pleasure in the City of Brotherly Love and Sisterly Affection offers reviews of prostitutes in Philadelphia in 1849 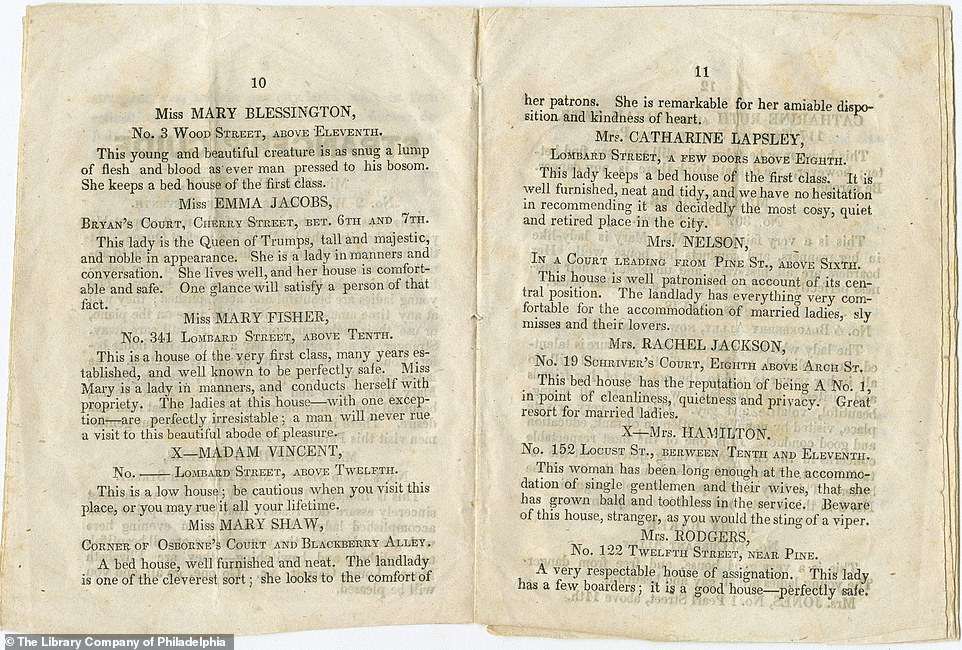 The guide offers reviews of women like Miss Mary Blessinton, who is described as a ‘young and beautiful creature’ and ‘as snug a lump of flesh and blood as ever man pressed upon his bosom.’ 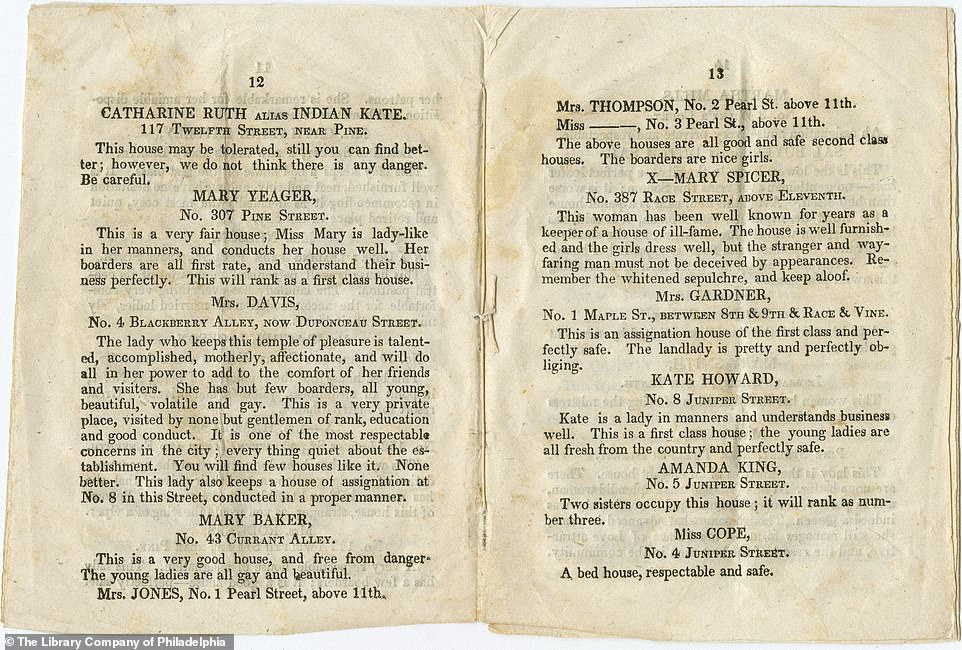 A review of Mary Spicer claims that she is a ‘keeper of a house of ill-fame’ and recommends that men ‘keep aloof.’ 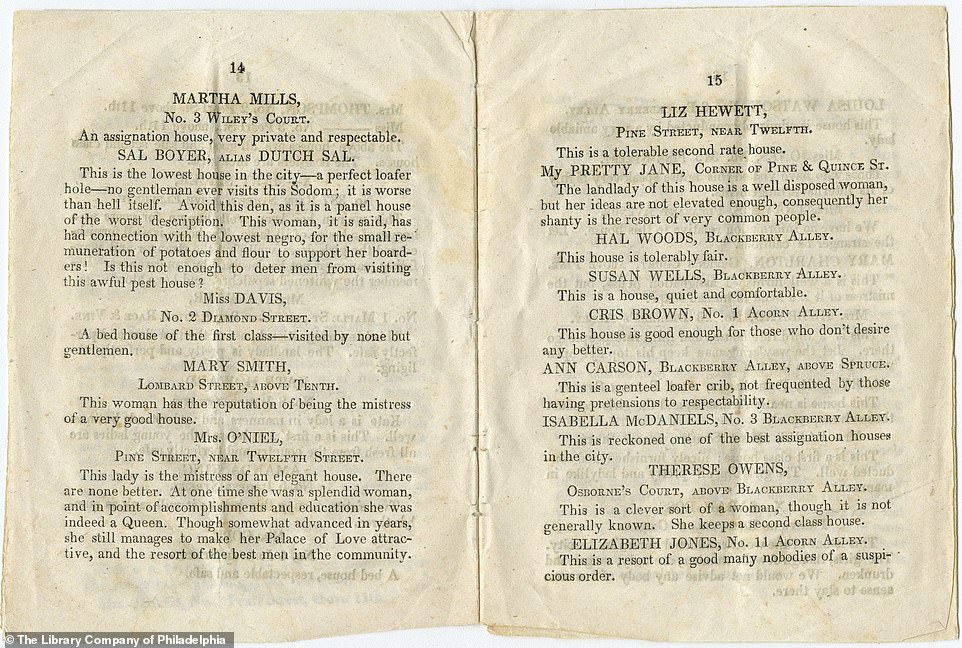 At the time the pamphlet was written, there were an estimated 10,000 prostitutes working in Philadelphia, it was claimed

It also included the names and addresses of landladies and madams as well as the quality of the ‘services’ that were offered.

One entry reads: ‘Miss Josephine Somers of 4 Wood Street, near Eleventh Street, who was described as an “accomplished lady” and her brothel a “Temple of Venus”.’

Another entry recommends that men pay a visit to a madam known as ‘Miss Sarah Turner’ of ‘2 Wood Street.’

According to the pamphlet, Turner was a ‘perfect Queen’.

‘At this house you will hear no disgusting language to annoy your ear; everything connected with this establishment is calculated to make a man happy,’ the entry reads.

‘The young ladies are beautiful and accomplished; they will at any time amuse you with a fine tune on the piano, or use their melodious voices to drive dull care away.

‘Stranger, do not neglect to pay a visit to this house before you leave our quiet city of sisterly affection.’

Men were also encouraged to seek the services of a Miss Mary Blessinton, who is described as a ‘young and beautiful creature’ who ‘is as snug a lump of flesh and blood as ever man pressed upon his bosom.’

‘Her bed and house and first class,’ the pamphlet says.

The pamphlet even contained a map of the city which highlighted the brothels. 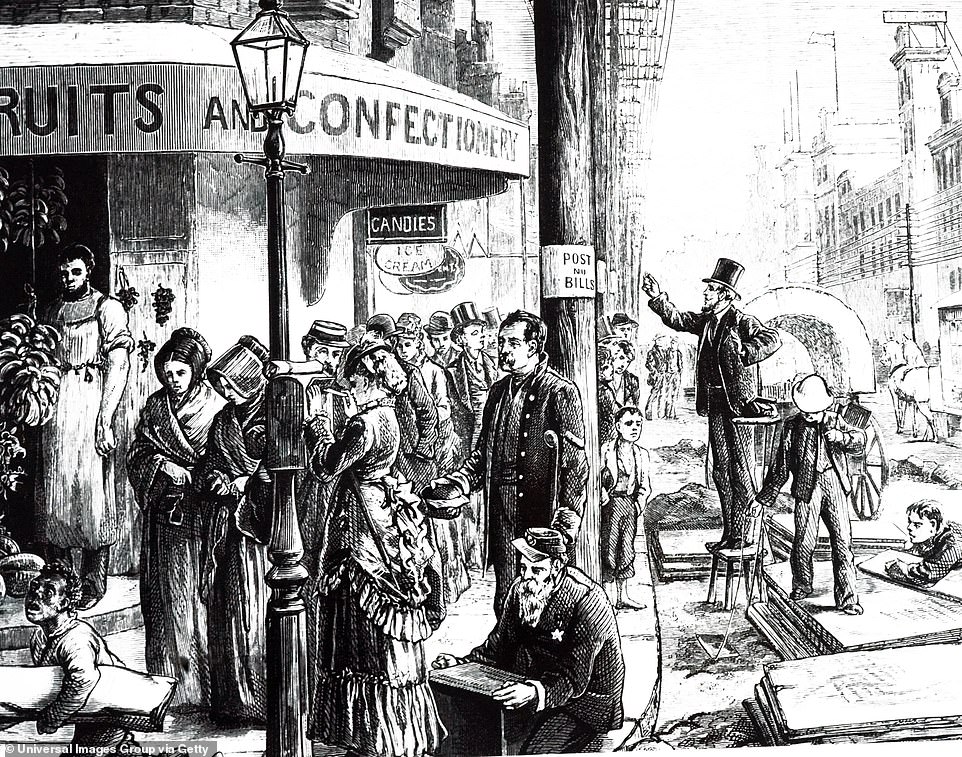 Brothels marked with the letter X were considered ‘woeful’ since ‘a single visit might be the cause of utter ruin and disgrace.’

The pamphlet was written to appeal to businessmen, travelers, and rural workers who visited Philadelphia at the time.

The pamphlet’s author, who is anonymous, estimated that there were 10,000 prostitutes working in the city.

Laws against prostitution in the United States were only enacted in the early 20th century.

Brothel prostitution is legal in some parts of Nevada.

In 2009, Rhode Island banned prostitution, which was legal in the state simply because there was no law on the books against it between 1980 and 2009.

Mother could give birth to her own GRANDCHILD

Video: Richard Madeley reveals he was ‘badly beaten’ by his father

First NYPD officer to die of coronavirus is laid to rest