Hero boy, five, pulls his toddler sister from a house fire before going BACK IN to rescue his dog – and then saves six more relatives by raising the alarm

By Jack Elsom For Mailonline

A five-year-old boy has been hailed a hero for pulling his toddler sister through the window of their burning bedroom before going back in to rescue his dog – and raising the alarm to wake his sleeping family.

Noah Wood, from Kingston, Georgia, saved seven relatives from the blaze at their home on Sunday morning.

The fire started in the room he shares with his two-year-old sister Lily and is believed to have been caused by an electrical device but it is unclear what exactly started it.

Noah woke up first and dragged his sister out of the ground floor window to safety.

He then ran over to his uncle’s house next door to get help, then returned to his burning house to retrieve his family dog, according to the local fire brigade.

Noah suffered a minor burn on his wrist.  Lily burned her feet. 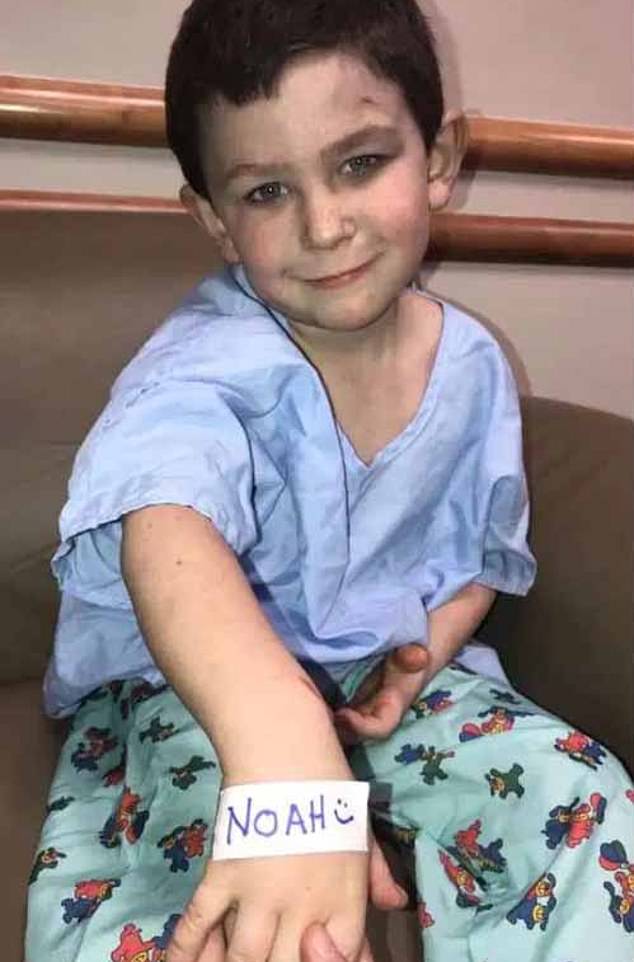 Noah Wood, from Bartow County, Georgia, has been hailed a hero for evacuating his toddler sister through the window of their burning bedroom 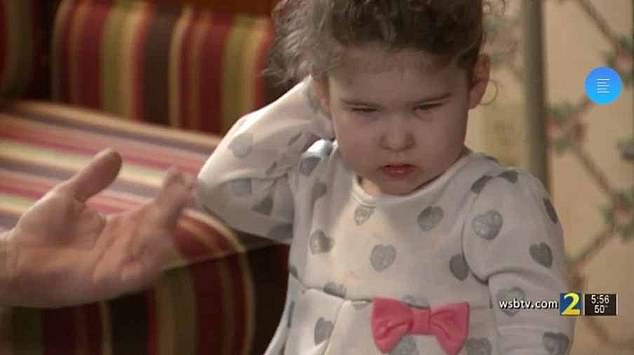 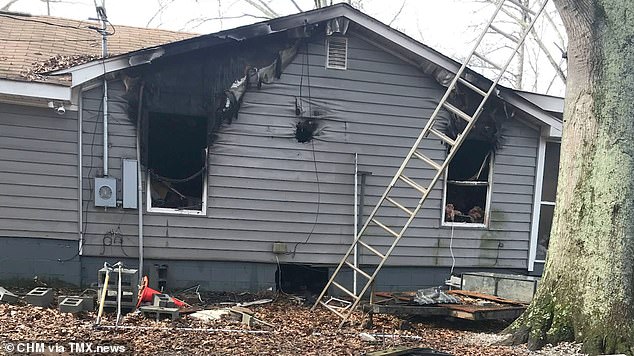 After carrying them to safety outside through his ground floor window, he ran back next door to alert his uncle Josh. The two of them raised their remaining relatives who were dozing upstairs in the burning building, unaware of the growing peril

Grandfather David Wood – who is now raising $75,000 on a GoFundMe page, claiming the family’s insurance policy ‘lapsed’, said in an interview with WSB: ‘If it wasn’t for Noah, I mean, we were all asleep, so we wouldn’t have known what was going on.  We could’ve all lost our lives.’

After carrying his little sister to safety outside through his ground floor window, he ran back next door to alert his uncle Josh.

The two of them raised their remaining relatives who were dozing upstairs in the burning building, unaware of the growing peril.

Speaking after Bartow County fire crews had extinguished the blaze, Noah humbly downplayed his feat and said: ‘I picked Lily up, got to the window with Lily, got the dog and got out.

The youngster said he did not know how the fire ignited, but investigators later said the cause was electrical.

Today, Noah is being named an honorary firefighter and will receive a lifesavers award from his efforts. 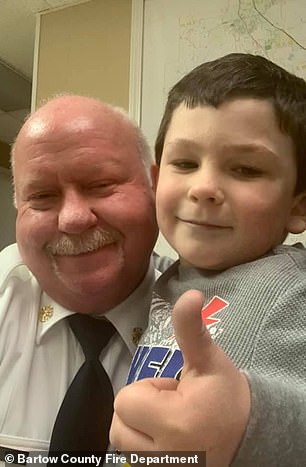 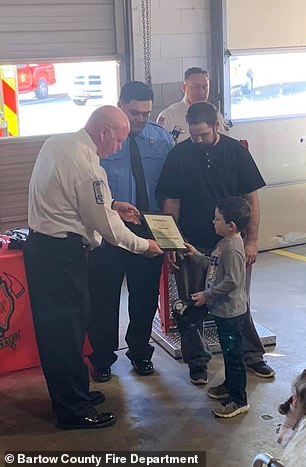 On Friday, the little boy was given a certificate at the local firehouse and was hailed a hero 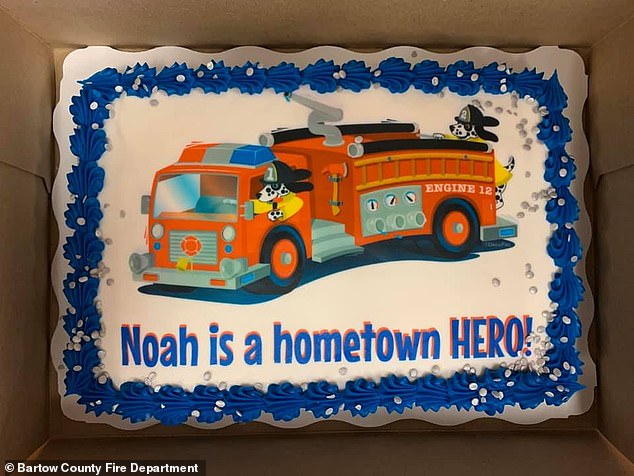 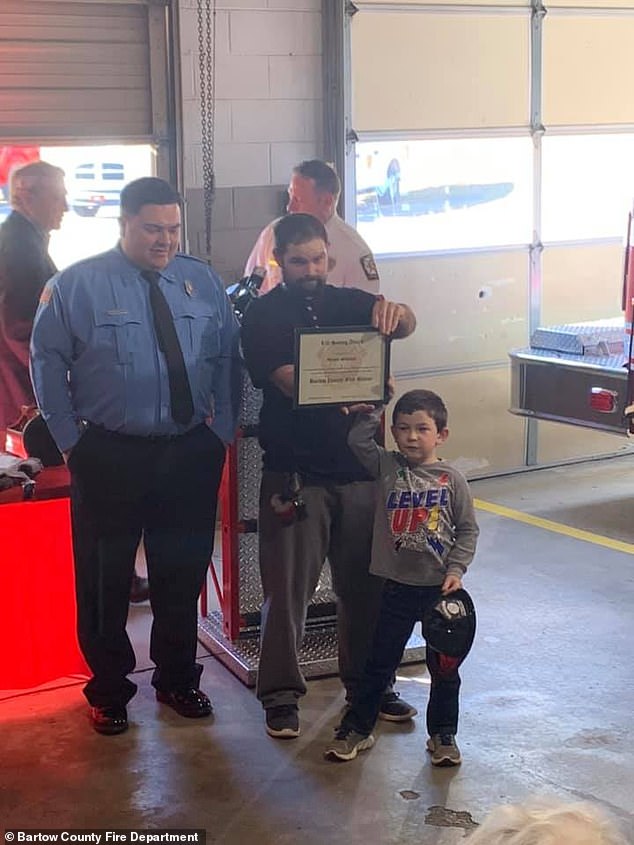 Noah with his certificate on Friday. His family credits them with saving their lives

‘But for a 5-year-old to be alert enough to do this, that’s pretty extraordinary.’

Scorch marks lay bare the extent of the fire’s damage, prompting the family to appeal for $75,000 public donations as they had not updated their insurance.

David said on GoFundMe page: ‘Due to a recent lapse in our home insurance, this has made a difficult situation a little worse.

‘We are planning to rebuild and will likely need to stay in a motel for some time and likely rent a small house while we work to earn funding and build.

‘It’s difficult for us to ask for help from our community however, we know this feat is too great for us to achieve alone.’ 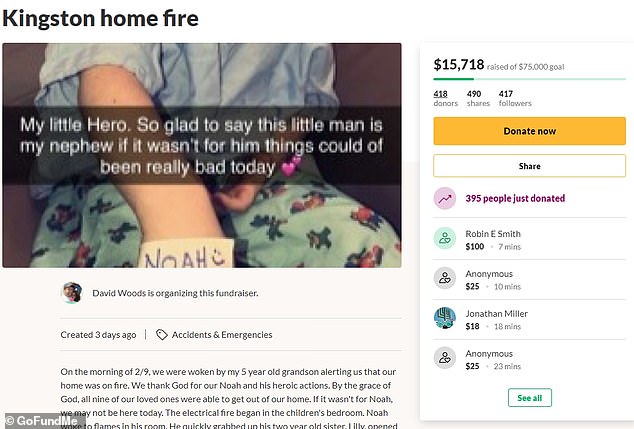 The boy’s grandfather is now trying to raise $75,000 via a GoFundMe page because he says their insurance has lapsed