An 80-year-old man has died of coronavirus in France, becoming the first fatality from the infection in Europe.

French Health Minister Agnes Buzyn today confirmed the death of the elderly Chinese tourist, who travelled to the country from the Hubei province on January 16.

The victim, who was quarantined in Bichat hospital in Paris on January 25, leaves behind a daughter who is battling the infection but making a good recovery.

He died of a lung infection sparked by the bug which caused his condition to ‘rapidly deteriorate’. 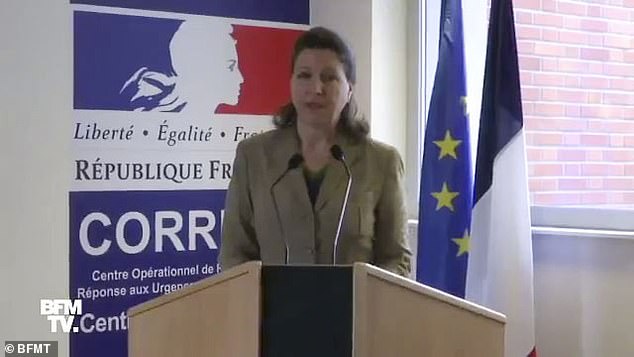 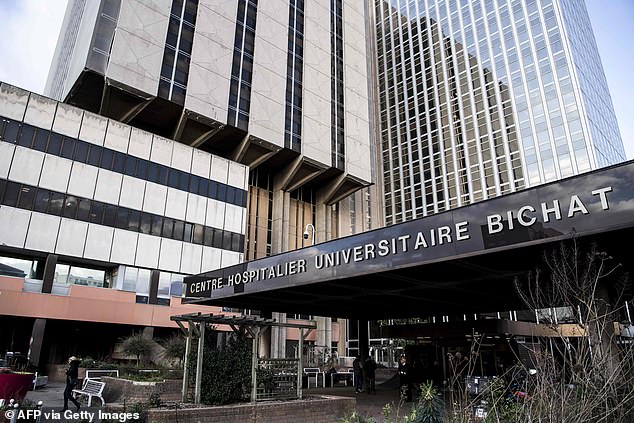 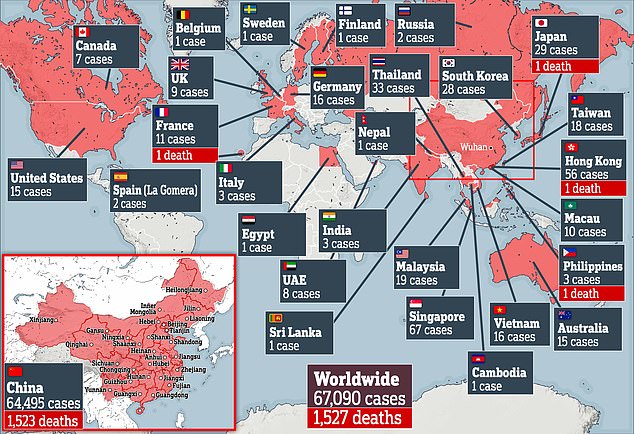 Mrs Buzyn said she was told about the death ‘on Friday night’ and has been liaising directly with his family.

France has recorded 11 cases of the virus, out of a global total of 67,090. The vast majority of those suffering from the virus are in China.

It is also the first death outside of Asia. Only three deaths have so far been recorded outside mainland China – in the Philippines, Hong Kong and Japan.

France has been front and centre of Europe’s coronavirus outbreak, with the British super-spreader travelling an Alpine ski resort before infecting 11 other Britons.

Steve Walsh had travelled from a business conference in Singapore to Les Contamines-Montjoie before returning to Brighton where he developed symptoms.

Five of the cases linked to Mr Walsh are in England, while five are in France and one is in Majorca, Spain. 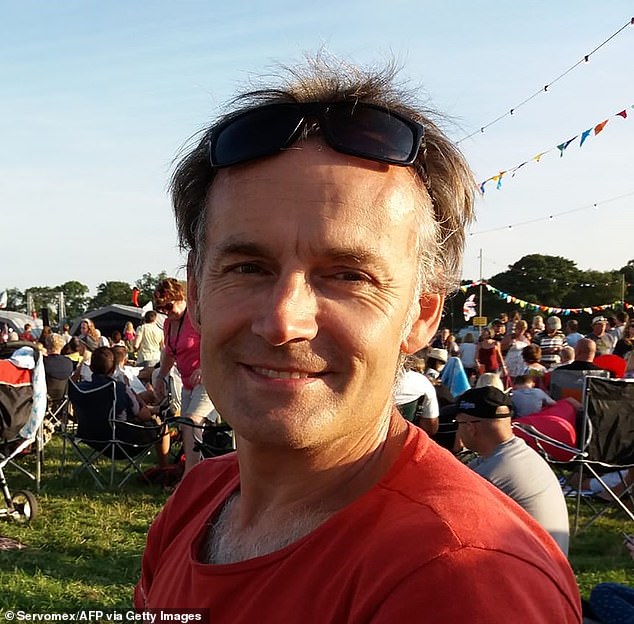 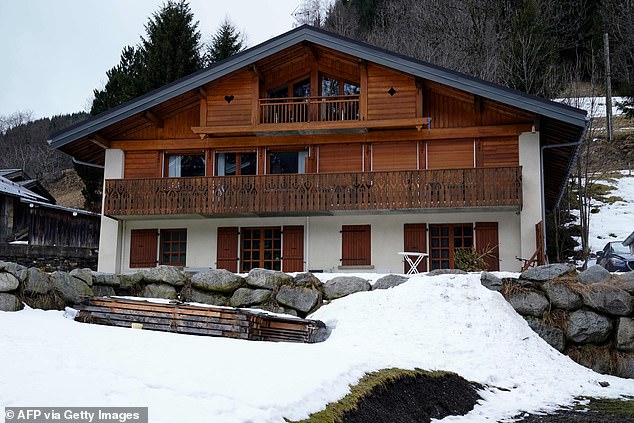 The death only just across the Channel comes as Public Health England contacted more than 200 people who attended a conference in central London after it emerged one delegate is suffering from coronavirus.

PHE sent a letter to those who were at the UK Bus Summit at the QEII Centre in Westminster on February 6, including several MPs, two of whom have now decided to stay mostly at home.

The person taken ill is one of the nine people diagnosed with coronavirus in the UK.

Sources said the bus summit case is not linked to the UK’s ninth case of coronavirus, who is a Chinese woman.

The Transport Times emailed delegates and enclosed a letter from PHE saying they should take no action if they were well but to stay indoors, avoid contact with others and call NHS 111 if they developed symptoms such as a fever or cough.

‘While the degree of contact you may have had with the case at the summit is unlikely to have been significant, we are taking a precautionary approach and informing you,’ the letter said.

The bus conference listed about 250 delegates from the nationwide bus and transport industry.

Among the speakers were buses minister Baroness Vere and former parliamentary under-secretary of state for transport Nusrat Ghani.

Labour MP for Nottingham South Lilian Greenwood, who also spoke at the summit, tweeted that she had received PHE’s letter and had decided to cancel appointments. 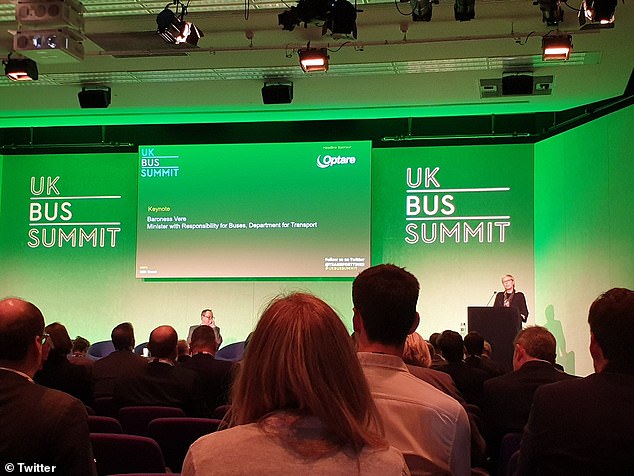 The virus-carrier was reportedly one of 250 delegates at the UK Bus Summit at the QEII Centre on February 6 (Boris Johnson ‘s Buses Minister, Baroness Vere of Norbiton speaks at the summit) 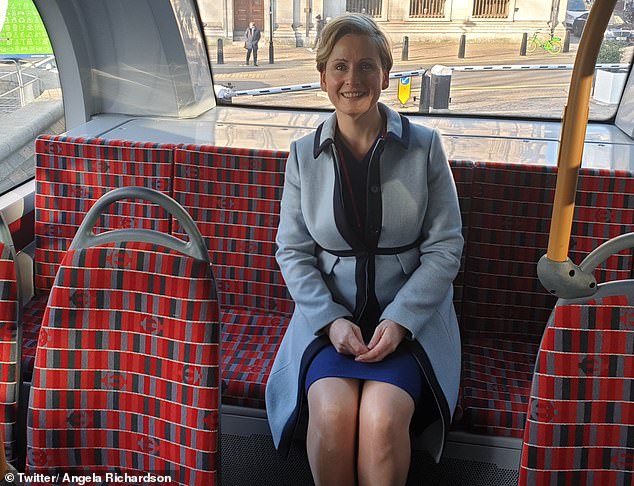 She added: ‘I’m feeling completely well but to be extra-cautious I’m cancelling my public engagements until 20th February. Sorry for any inconvenience.’

Labour MP for Leeds North West Alex Sobel, who also attended the summit, said he was not unwell but had decided to stay at home as a precaution.

He has cancelled engagements until the end of next week.

His office told PA he had not undergone any coronavirus testing and was not due to be tested.

He said: ‘Public Health England gave the advice that I should take reasonable precautions.

‘Right now I should be at surgeries with constituents. We thought it a reasonable caution to self-isolate until next Wednesday evening.

‘I’m fine. I’ve got no fever. But as you can present after up to 14 days, I’ve taken these precautionary measures.’

Mr Sobel said he only found out about the risk through the media and was ‘concerned’ other attendees may still not know.

Another attendee, who did not wish to be named, said: ‘We all received an email. The advice was ‘just carry on if you’re feeling fine, if you’re not, lock yourself up’.’

He said he had no symptoms.

It comes as United Airlines confirmed it offered assistance at Heathrow Airport on Friday after a passenger fell ill on one flight. 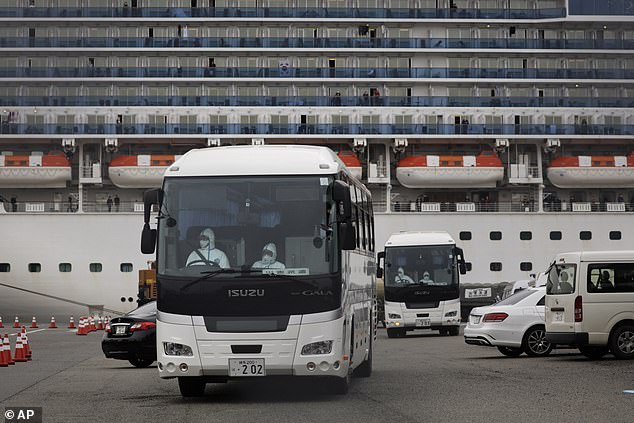 The US is to evacuate 428 Americans who have been trapped on board a cruise ship in Japan (Diamond Princess pictured, with Hazmat-suited drivers leaving port) 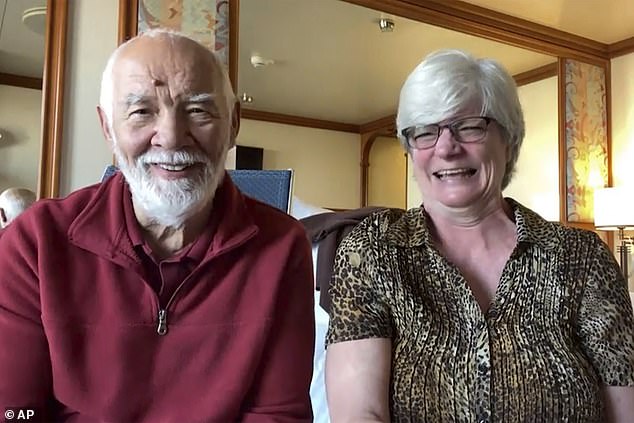 Paul and Cheryl Molesky, from Syracuse, New York, are among those being rescued tomorrow

Reports on social media suggested the person involved may have had symptoms of coronavirus.

At least one more plane has been held at Heathrow for checks.

‘The safety of our customers and employees is our highest priority and we continue to work closely with local authorities.’

Andy West, from Henley-on-Thames, said that passengers were warned by the United plane’s captain that they could be on the tarmac for a while because ‘seven other planes’ in the same situation had also landed at Heathrow.

He did not see the ill person or any medics enter the aircraft.

Passengers were allowed to disembark half-an-hour later after filling out forms asking for their contact details and to confirm they did not have any symptoms of coronavirus.

Meanwhile, a Channel 4 employee is among those being tested for coronavirus after feeling unwell following a trip to Asia.

A Channel 4 spokesman said: ‘On Thursday, a member of staff at Channel 4 who had travelled to Asia within the last month felt unwell.

‘As a precautionary measure, they decided to seek medical advice and, in line with the latest public health advice regarding the coronavirus, they were taken to hospital for a precautionary test.

‘We have informed our staff of this and continue to follow all the latest public health guidance.’

NHS chief executive Sir Simon Stevens said on Thursday that many more people in the UK may need to self-isolate to contain the illness, which has been officially named Covid-19.

It comes as it emerged that the woman who is the UK’s ninth case of coronavirus took an Uber to A&E after she developed symptoms.

Two staff from Lewisham Hospital in south London are now in isolation at home after coming into contact with the woman.