Doctors need to stop moaning and take responsibility for improving the NHS, the leader of Britain’s medics warns

By Lizzie Deane For The Daily Mail 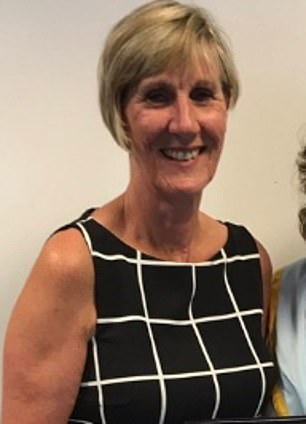 Professor Carrie MacEwen, chair of the Academy of Medical Royal Colleges, said the NHS had been given a ‘substantial sum’ of public money and doctors now must stop moaning

Doctors should stop moaning and blaming the Government for the NHS‘s problems, a leading medical chief has claimed.

Professor Carrie MacEwen, chair of the Academy of Medical Royal Colleges, said the health service had been given a ‘substantial sum’ of public money from ministers and had the power to use it wisely.

Doctors can no longer ‘sit on their hands’ and should take advantage of a ‘once in a generation opportunity’ created by the Government’s commitment to resolving funding and staffing issues.

She added there was a clear ten-year plan for the health service and doctors had a professional duty to make it work.

In candid remarks aimed at Britain’s 220,000 doctors, she told The Times: ‘There’s an attitude and culture that needs to be addressed. Everybody has to take responsibility.

‘If we continue to blame Government and only Government then we will not get anywhere.

‘Too often doctors will moan to each other in the mess room about things “they’ve done now”, not realising that it’s often actually in their gift to change the situation.

One in four doctors ‘have suffered mental health issues’

A quarter of doctors and medical students have been diagnosed with a mental health condition, it was revealed in April 2019.

Stresses of the job have pushed many into depression, anxiety and problem drinking.

A survey of more than 4,300 medics found 27 per cent have been diagnosed with a mental health condition.

Women struggle more than men, while consultants, GP partners and those working more than 51 hours a week are most likely to blame their job for their health problems.

The British Medical Association, which carried out the research, says the pressure of working within the NHS is fuelling an ‘alarming mental health crisis’.

‘They cannot simply sit on their hands. Things are improving, but change is piecemeal, the profession needs to unite and seize this once-in-a-generation opportunity.’

Professor MacEwen leads the Academy which brings together 23 medical royal  colleges across the UK and Ireland and defines standards of treatment.

Meanwhile a £20.5billion funding boost, announced under Theresa May, for the NHS over five years was not an insignificant sum, Professor MacEwen said.

She added: ‘The health service is being given a lot of money. It may not be enough, it’s never enough, but you know we have got to work with that. We actually got quite a good settlement considering how other people did.

‘I think it’s easier to persuade people to give you more money if you’re using the money you’ve got wisely and you can demonstrate that.’

But Samantha Batt-Rawden, of Doctors’ Association UK, said: ‘For doctors who have been working themselves into the ground to keep patients safe this winter, a suggestion that they should take responsibility for the situation they have found themselves working in seems out of touch, and will no doubt be a further blow to morale. It’s never enough’