Breakfast of champions! Tyson Fury kicks back at his local cafe in Morecambe with smashed avocado, smoked salmon and toast as he returns to regular life after stunning Deontay Wilder in Las Vegas

By Kieran Jackson For Mailonline

From partying in Las Vegas after his sensational victory over Deontay Wilder, Tyson Fury has returned to normality, eating breakfast in a small coffee shop in Morecambe!

The undefeated heavyweight champion returned to the UK on Wednesday and indulged in a meal of smashed avocadeo, smoked salmon and sourdough toast in Keegans coffee shop.

Dressed in a black jacket, red chinos and a woolly hat, Fury seemed in high spirits upon leaving the outlet and being back in his beloved hometown. 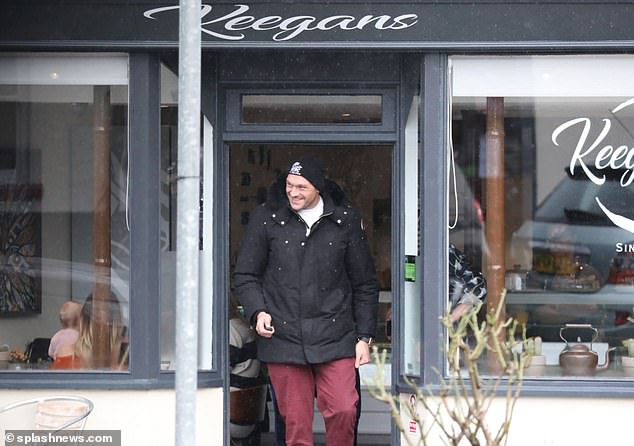 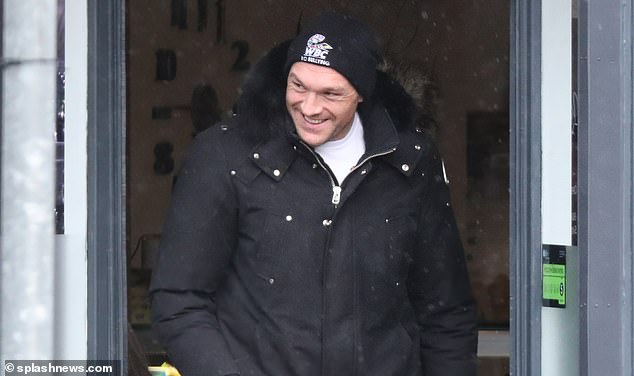 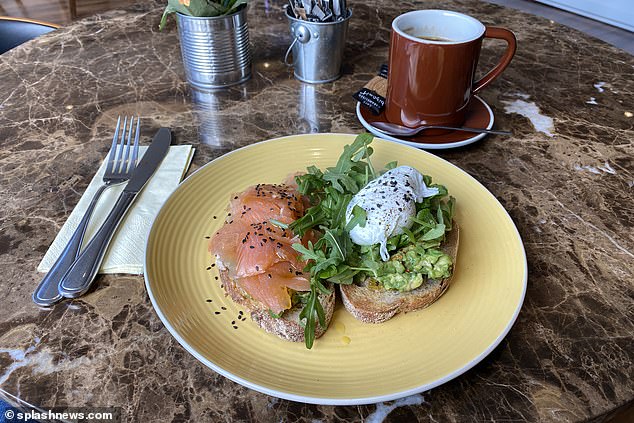 Dressed in a black jacket, red chinos and a woolly hat, Fury has returned to normality after his stunning win which has set the boxing world alight.

He was photographed and videoed enjoying a post-fight party at famous Vegas nightclub Hakkasan, and spent the next day at an Irish pub opposite the MGM Grand with friends and family.

He could well face Wilder again in a trilogy fight, with the American seemingly set on invoking the rematch clause under the terms of the second fight.

However, the public is calling for a blockbuster all-British unification fight with Anthony Joshua this year. Joshua’s promoter Eddie Hearn is desperate for the fight to take place, and has targetted a potential slot in November or December this year.

Hearn told the Sun: ‘People don’t want the third fight. They’ve had 19 rounds now, Wilder’s probably won three of them and in the last fight he got battered.

‘But I understand the contractual position. He does have a right to a rematch clause. ‘I’d just say “Hurry up, please” and do it quickly. We just hope they get on with it and get it out of the way.’

Joshua’s promoter, who also claimed he would love the British showdown to go ahead at Wembley, added: ‘We can’t get Fury, we’ve got to fight Pulev and we’ll get that out of the way.

‘Hopefully, Fury can get his out of the way and we can get this done in November or December this year.’