By Ryan Fahey For Mailonline

An African American man kidnapped a white woman and forced her to watch nine-hour slavery miniseries Roots so she could ‘understand her racism’.

The woman, who was not clearly described in previous reports as being white, was allegedly forced to sit with Noye and threatened when she tried to move from watching the 1977 TV miniseries.

He forced her to watch the nine-hour show, which details the ancestral line of the author Alex Haley, ‘so she could better understand her racism’, a police complaint said.

Noye threatened to ‘kill her and spread her body parts across Interstate 380 on the way to Chicago’, when she tried to move away, according to the Gazette. 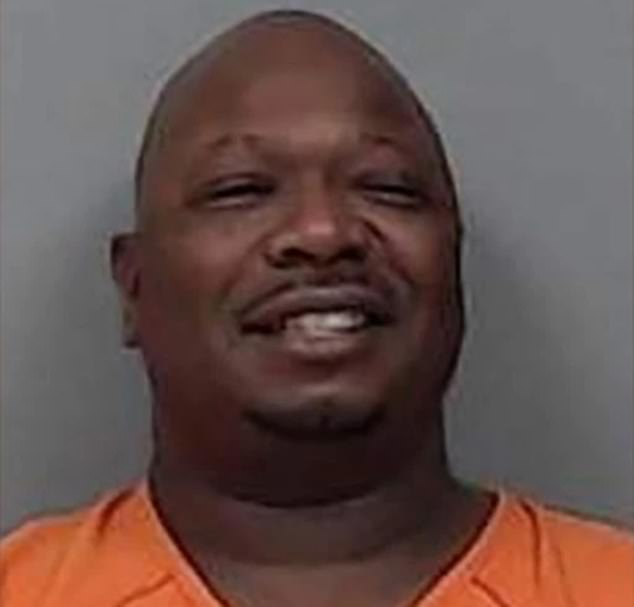 Trevor Noye, 52, allegedly held a woman captive and forced her to watch nine-hour TV miniseries Roots at a residence in Cedar Rapids, Iowa. He was arrested on Monday 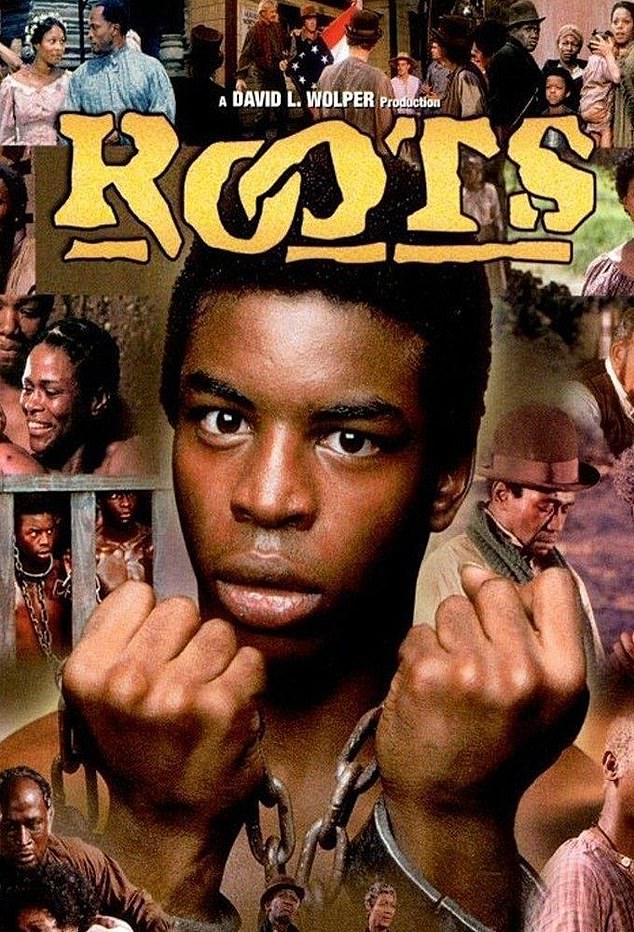 Pictured: The front cover of TV miniseries Roots, which first aired on American TV in 1977, and follows the struggles of one African American family told over several generations. The story starts with Kunte Kinte (pictured main), an African warrior sold into slavery, through to his great-grandchildren fighting for their freedom during the Civil War

Roots, which was penned in 1976 by US author Alex Haley and was first aired on TV in 1977, follows the struggles of one African American family told over several generations, starting with Kunte Kinte, an African warrior sold into slavery, through to his great-grandchildren fighting for their freedom during the Civil War.

Kinte is a young African warrior in Gambia in the late 1700s. One day he’s kidnapped by his family’s arch-enemies, the Koros, and sold as a slave to the British in return for a cache of guns.

The series follows his perilous journey on a stinking, overcrowded slaveship to Annapolis, Maryland, where he was sold to a Virginia plantation owner for the price of ten mules. 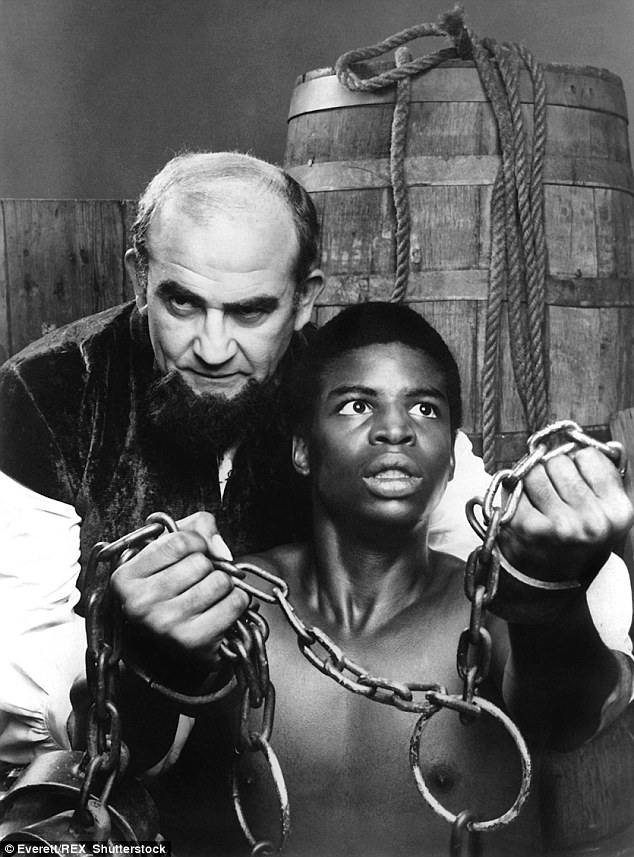 The saga follows the character Kunta Kinte (pictured), an African who was captured then shipped to America where he was forced to work as a slave on a plantation 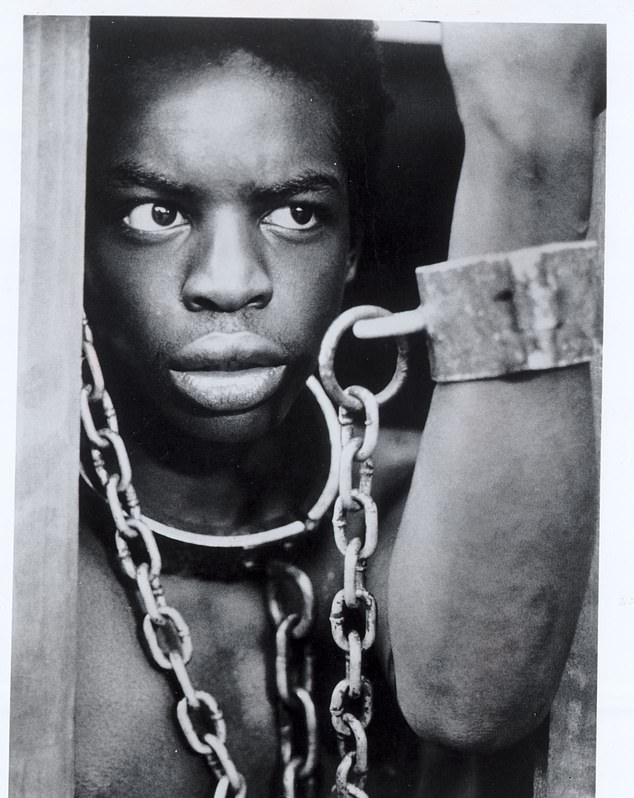 The controversial show, which graphically depicted scenes of unspeakable cruelty including mutilation and rape, ended with Kinte’s descendants gaining their freedom and settling 40 miles from Memphis in Henning, Tennessee.

Scenes from the miniseries show Kinte caged and chained to the hull of the ship as he is brought to Maryland. The show is graphic for its time in showing the beatings, mutilations and rape.

One particularly brutal scene shows two slave catchers stop an adult Kinte from escaping and lop off his right foot with a hatchet.

It remains the third most-watched US telecast of all time after the final episode saw around 100million viewers tune in.

The book and subsequent miniseries were seminal in opening the discussion about the legacy of slavery and race in America.

A remake of the popular 1970s miniseries was released on the History Channel in 2016, starring Malachi Kirby as Kunte Kinte.