Fifteen children were killed in a fire at a Haitian orphanage which had been using candles for light because of problems with its generator.

Childcare worker Rose-Marie Louis said she saw children’s bodies being carried out of the Orphanage of the Church of Bible Understanding in Kenscoff, outside the capital Port-au-Prince.

Ms Louis said around seven of the victims were babies or toddlers and the rest were aged 10 or 11.

There are fears that the death toll could rise with more bodies possibly still trapped inside, with emergency workers trying to retrieve them today. 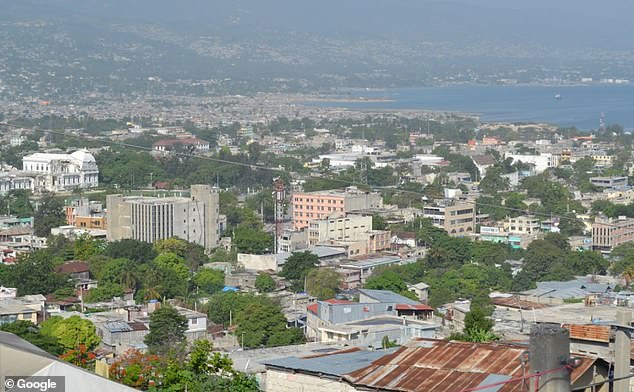 Ms Louis, the childcare worker, said the orphanage had been using candles for light due to problems with its generator and inverter.

She said the fire had begun at around 9pm on Thursday and claimed that firefighters had taken around 90 minutes to arrive.

Rescue workers arrived at the scene on motorcycles but did not have bottled oxygen or the ambulances needed to transport the children to the hospital, said Jean-Francois Robenty, a civil protection official.

‘They could have been saved,’ he said. ‘We didn’t have the equipment to save their lives.’

Robenty said officials believed other children’s bodies remained inside and emergency workers were trying to pull them out this morning.

Orphanage workers on the scene said they believed two bodies were still inside.

The building – which had not been authorized to operate as an orphanage since 2013 – housed about 66 children, he said. 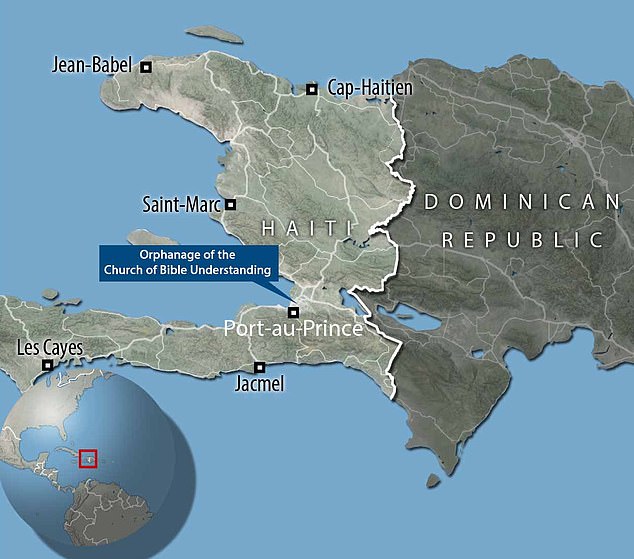 A map showing the location of the orphanage in Haiti, where a Pennsylvania-based church operates two homes for nearly 200 children

The Church of Bible Understanding, which is based in Pennsylvania, operates two homes for nearly 200 children in Haiti as part of a ‘Christian training programme’.

The church lost accreditation for its orphanage after a series of inspections beginning in November 2012.

Haitian inspectors faulted the group for overcrowding, unsanitary conditions and not having enough adequately trained staff.

An investigation by the Associated Press in 2013 found bunk beds with faded and worn mattresses crowded into dirty rooms.

Rooms were dark and lacking in comfort or decoration, with sour air wafting through the bathrooms and stairwells.

The church has operated in Haiti since 1977. It identifies the homes as orphanages, but it is common in Haiti for impoverished parents to place their children in such centres.

‘We take in children who are in desperate situations,’ the organisation said in its tax filing for 2017, the most recent year available. ‘Many of them were very close to death when we took them in.’

Hilton closes 150 hotels in China until the coronavirus outbreak subsides