By Ross Ibbetson For Mailonline

Veteran officers Steven Rosser and Whitney Lancaster were fired Thursday for arresting Daniels at Sirens Gentlemen’s Club in July 2018. She was alleged to have pressed patrons’ faces into her bosom and fondled the breasts of women in the audience.

Daniels alleged in a lawsuit earlier this year that the officers conspired against her in retaliation for her claims that she had an affair with Donald Trump.

The City of Columbus found that the charges she had been arrested for only applied to people who appear ‘regularly’ at a particular establishment – Daniels was working a two-night stint – and that suspects are not usually arrested or taken to jail. 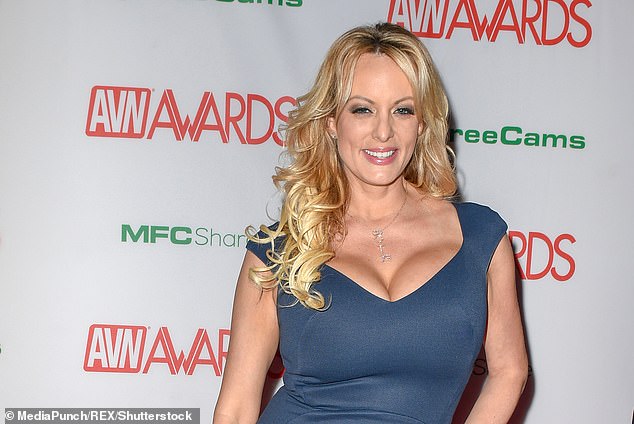 Stormy Daniels was alleged to have pressed patrons’ faces into her bosom, fondled the breasts of women in the audience and grabbed an undercover officer’s buttocks at Sirens Gentlemen’s Club in July 2018 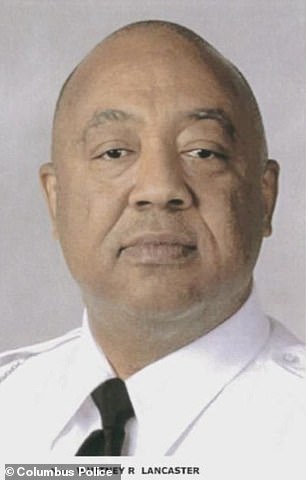 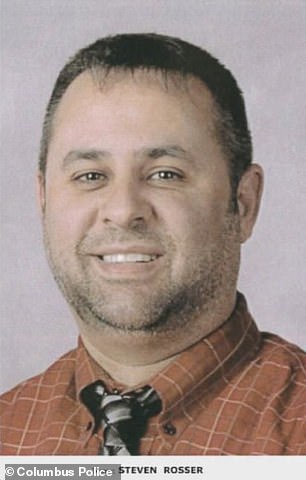 Veteran officers Steven Rosser and Whitney Lancaster arrested Daniels at Sirens Gentlemen’s Club in July 2018. She was charged with pressing patrons’ faces into her bosom and fondling the breasts of women in the audience

After Daniels – real name Stephanie Clifford – was booked and a mugshot taken, the three counts of illegal sexually oriented activity were dropped within 24 hours.

City officials found that Rosser’s and Lancaster’s actions had deviated significantly to those usually applied in other strip club stings, ABC reported.

‘Not a single other suspect was deprived of their rights by being arrested “on view” and taken to the Franklin County Jail for slating, except Ms. Clifford demonstrating gross neglect of duty and incompetence,’ the document said.

Rosser and Lancaster have ten days to appeal the decision.

Sgt. Scott Soha and Lt. Ronald Kemmerling were also been suspended for their roles.

In September, Ohio’s capital had agreed to pay Daniels $450,000 to settle a defamation lawsuit over her arrest.

An internal police review determined Daniels’ arrest was improper but not planned in advance or politically motivated. 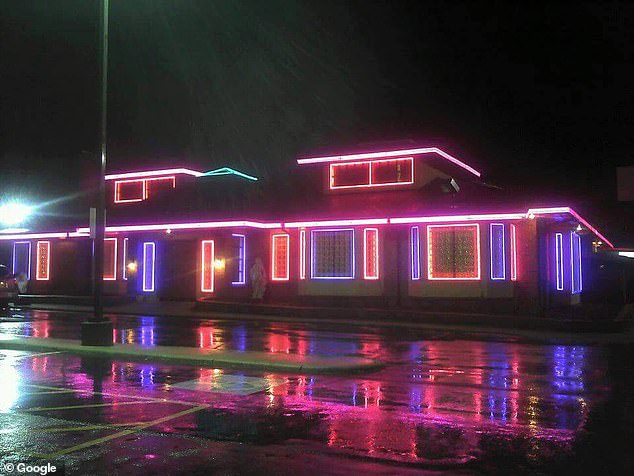 Daniels, 40, whose real name is Stephanie Clifford, was working a two-night stint at Sirens

Officers chose to obtain evidence for alleged illegal touching of customers by dancers ‘by placing themselves, unnecessarily, at risk and potential for physical contact with Ms. Clifford,’ the March 2019 report concluded.

The city disbanded the vice unit the same month as allegations of problems piled up, placing the investigation of vice-related crimes under the Narcotics division and promising a more community-based approach.

Problems with the unit included accusations that Andrew Mitchell, a former vice squad officer, fatally shot a woman in August 2018 who was sitting in his unmarked police vehicle in what Mitchell says was an act of self-defense.

Columbus police say Mitchell shot and killed 23-year-old Donna Castleberry after she stabbed him in the hand during an undercover prostitution investigation.

Mitchell has pleaded not guilty to those charges, as well as federal charges accusing him of forcing women to have sex with him under threat of an arrest, pressuring others to help cover up crimes, and lying to federal investigators when he said he had never had sex with prostitutes.

Castleberry’s family is seeking more than $3.5 million in damages in a federal wrongful death lawsuit against Mitchell, the city and the police department.

Daniels gained national attention when the Wall Street Journal reported that she was paid $130,000 for signing a nondisclosure agreement about an affair she had with Trump in 2006.

She has since filed three lawsuits against the President, including one that argued the nondisclosure agreement was invalid. That complaint was dismissed, along with another claiming that she was defamed. A settlement was reached in the third.