President Donald Trump called his new defense attorney in the Senate impeachment trial, Ken Starr, a ‘lunatic’ and a ‘disaster’ who was ‘off his rocker.’

Trump’s harsh comments came during a 1999 Today Show interview that recently resurfaced during a segment on MSNBC with host Andrea Mitchell.

At that time, Starr was investigating former President Bill Clinton and drafting the ‘Starr Report’, which became the basis for the 1998 impeachment.

Trump was a public supporter of Clinton and would register as a Democrat in August 2001.

When asked by Matt Lauer if Clinton should be impeached, Trump directed his criticism to Starr and his handling of the process.

‘I think Ken Starr’s a lunatic. I really think that Ken Starr is a disaster,’ he said.

He added: ‘I hated the way the president handled it, it was a long and terrible process. I really think that Ken Starr was terrible.’ 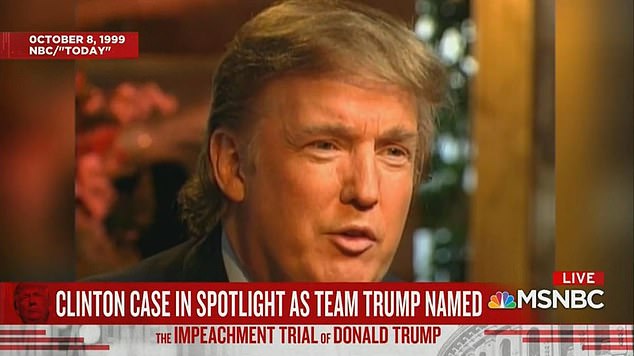 President Trump criticized Ken Starr during an interview, saying:  ‘I think Ken Starr’s a lunatic. I really think that Ken Starr is a disaster’

In the same interview, he would later refer to Starr was ‘wacko’ and suggested he made Hillary Clinton’s life miserable.

‘She’s had a very tough life the last few years. I mean, what could be tougher than that?,’ he said, according to The Washington Post.

‘I mean, can you imagine those evenings when he’s just being lambasted by this crazy Ken Starr, who is a total wacko? There’s the guy. I mean, he is totally off his rocker.’ 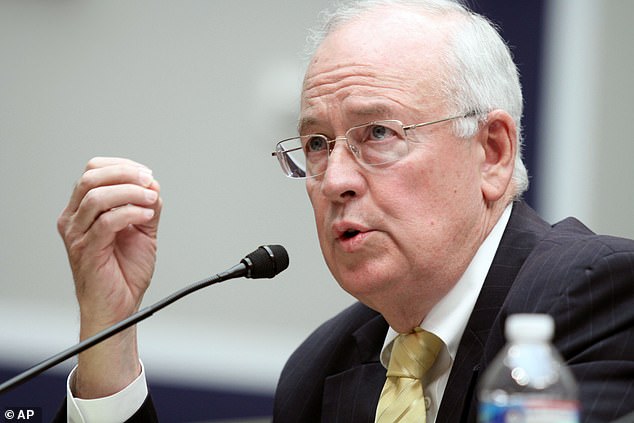 Ken Starr (pictured) was part of the impeachment investigation for Bill Clinton and drafted the ‘Starr Report’, which became the basis for the 1998 impeachment

In an ironic twist, Trump appeared on Chris Matthew’s show to argued that Starr created something out of nothing in Clinton’s impeachment.

‘Starr has taken something from nothing and brought it into this big crescendo. But you know what? It’s got to stop. It’s enough,’ Trump said.

In an interview with the New York Times, Trump continued to rail against Starr.

Trump said: ‘Starr’s a freak. I bet he’s got something in his closet.’

On Friday, it was revealed that Trump’s legal team will include Starr and Alan Dershowitz, who defended OJ Simpson and Jeffrey Epstein.

Starr acted on Jeffrey Epstein’s first defense team in 2008 after the accused paedophile was charged with soliciting a child for prostitution.

In 2016, Starr was removed from his job as president on Baylor University after an independent investigation found that, under his leadership, the school did not adequately respond to allegations of sexual assault against players of its championship football team.

He later resigned as chancellor of the Baylor University.

Additionally, Starr was a supporter of Supreme Court Justice Brett Kavanaugh during his controversial nomination was met with allegations of sexual assault. 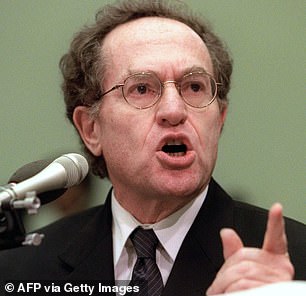 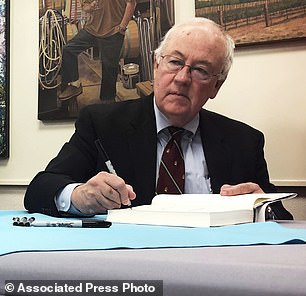 ‘The matter is adjourned,’ Starr told موسوعة المعرفة during an interview.

Monica Lewsinky, a the former White House intern who became embroiled in the Starr report, shared her reaction to the appointment on Twitter.

‘This is definitely an “are you f***ing kidding me?” kinda day,’ she wrote.

Lewinsky stated that she had nine sexual encounters with Clinton in the Oval Office between 1995 and 1997.

Lewsinsky: ‘This is definitely an “are you f***ing kidding me?” kinda day’ 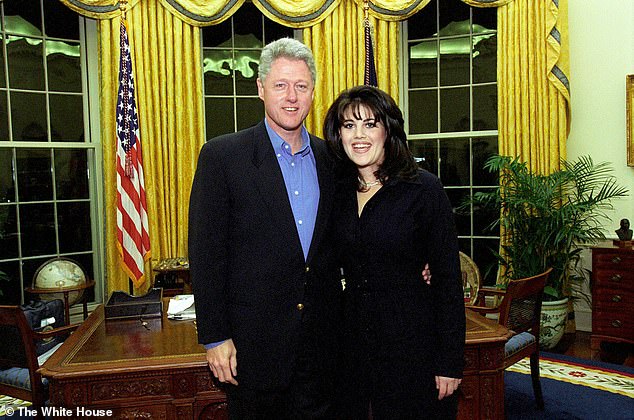 Clinton and Lewinsky in the Oval Office in 1997

Although Trump’s defense will be spearheaded by White House Counsel Pat Cipollone and his private attorney Jay Sekulow, Starr and Dershowitz were brought on to round out the group.

Reports say Trump was concerned his lawyers would not be aggressive enough during defense proceedings.

In February 2018, Trump quoted Starr in a series of tweets regarding the Russian collusion investigation that continues to mar his presidency. 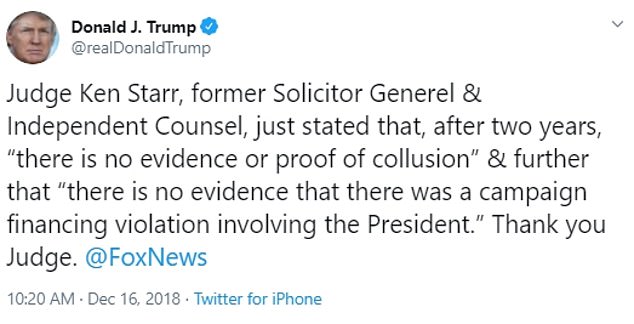 He wrote: ‘We’ve seen NO EVIDENCE OF COLLUSION….I have seen nothing, the firing of James Comey and all of the aftermath, that suggests that the President has obstructed justice because he’s exercising his power as the President of the U.S. I just don’t see it.” Judge Ken Starr.’

‘Judge Ken Starr, former Solicitor Generel & Independent Counsel, just stated that, after two years, “there is no evidence or proof of collusion” & further that “there is no evidence that there was a campaign financing violation involving the President.” Thank you Judge. @FoxNews,’ he added in a later tweet.

Neither Trump nor Starr have publicly addressed the comments.

Assistant principal, 42, and Catholic priest, 49, die from the coronavirus in New…

Coronavirus in prisons: Experts say jails could be new epicenters of COVID-19