By Hector Nunns For The Daily Mail

Stuart Bingham became the oldest Masters champion on Sunday night in a final dramatically halted by a phantom raspberry-blower.

The 43-year-old beat Essex rival Ali Carter 10-8 for his biggest success since winning the World Championship in 2015.

A beaming world No 14 Bingham lifted the Paul Hunter Trophy and pocketed the £250,000 first prize in front of a raucous and sold-out arena. He is four months older than Ray Reardon was when he beat Graham Miles 44 years ago. 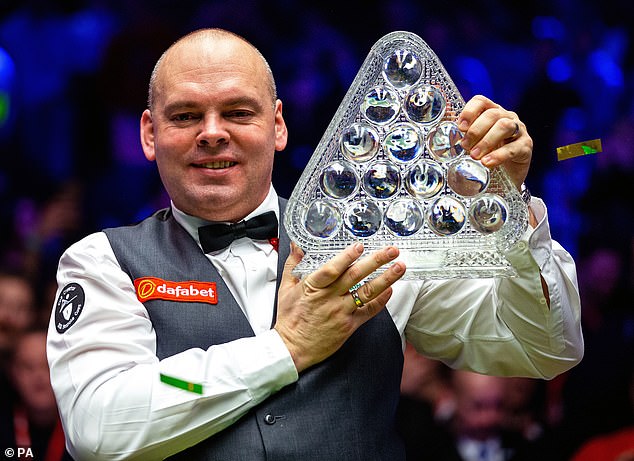 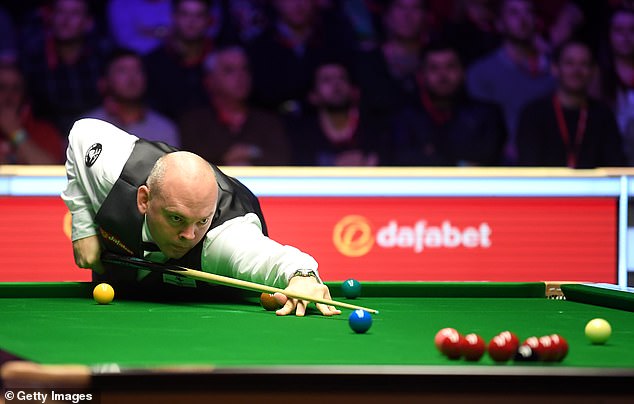 But midway through the fifth frame, play was stopped by referee Brendan Moore after it was disrupted by a whoopee cushion-type noise emanating from a device placed under a seat.

The device was found, believed to have been placed there by a fan sitting elsewhere in the arena and activated remotely.

Bingham, who wrapped up victory with his first century of the week, said: ‘From 7-5 down at the interval I was thinking about what to say in my losing speech.

‘It is impossible to put into words what this means. That is seven major tournaments and my target is 10. 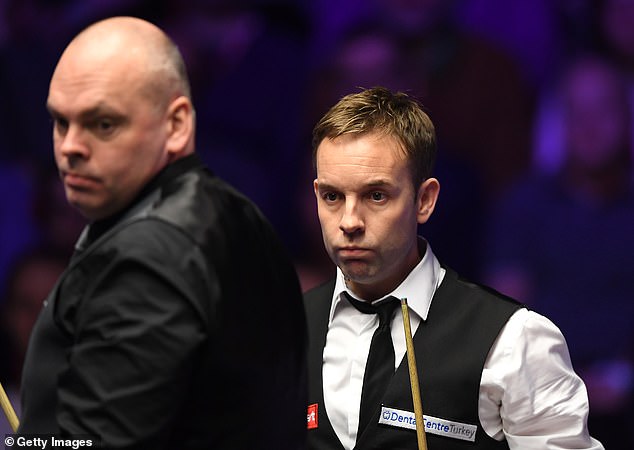 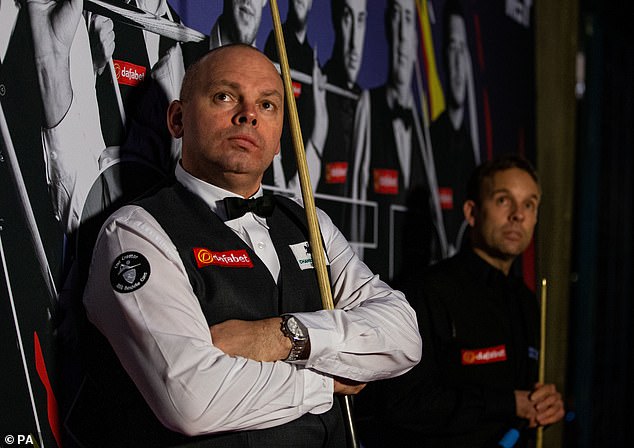 ‘With the noises earlier, when I was at the table I heard something and I could see a couple of people trying very hard not to laugh near that area.

‘Then it went off again and I just thought that can’t be natural — only a couple of people in my family can do that! Someone is trying to have a laugh but it is our livelihood and a serious business, and these things can go a bit too far.’

Carter was given a place because of Ronnie O’Sullivan’s decision to snub the event.

He said: ‘I have turned up and done better than what I expected. I am gutted, very disappointed not to win but Stuart has finished it really well.’