Documentary reveals why your dog could be gay


A new documentary featuring a pair of lesbian pugs and a gay greyhound has revealed it is possible for animals to have same sex preferences.

In My Gay Dog and Other Animals, which airs tonight on Channel 4 at 9pm, academics and behavioural experts decode gay relationships in the animal kingdom and insists they can’t be explained away as dominant behaviour or bonding.

The documentary sees leading dog behavioural expert Leon Towers put the preferences of an Italian greyhound to the test, after his owner Matt Tipper, 34, from Bath revealed Franco prefers his other dog, Norman, to any females.

When introduced to a female dog in heat, he was not interested, and continued to try to attract the attention of other males.

Meanwhile, Christine King, from Weston-super-Mare, also noted that two of her female pugs had a more ‘intimate’ relationship than any of her other pets. 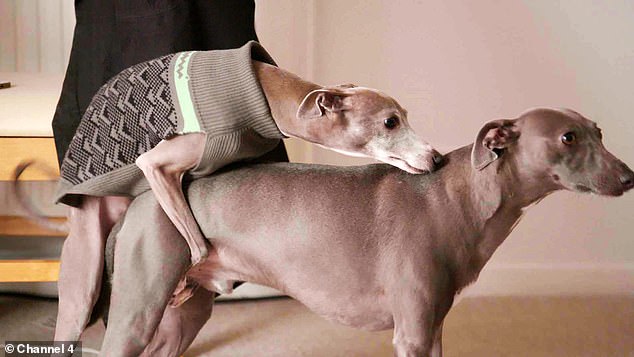 Franco and Norman feature on tonight’s Channel 4 programme ‘My Gay Dog and Other Animals’, which explores whether animals can have same sex attraction

Matt explained that Franco had no interest in female dogs – and that he ‘goes for’ Norman ‘all the time’.

His mother Ann revealed: ‘I’ve thought for a long time that Matt’s dogs are gay.’

When leading dog behavioural expert Leon Towers watched a video of the two animals, he noticed there was a certain passion between the pooches – despite them both being male.

Watching Franco’s behaviour, he said: ‘Wow. He’s really going for it there. Oh my god. And Norman bless him is just standing there taking it.’ 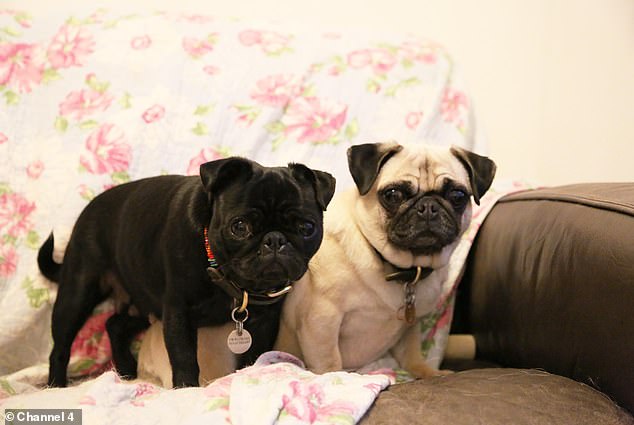 Meanwhile pugs Pugly and Nelly appear to have an attraction to one another on the programme, despite both being female

He went on: ‘I’m flabbergasted by that, I can’t wait to see them.’

In order to assess whether the dogs were gay or bisexual, he tested them with a female dog who was ‘in season’.

Leon explained that it is ‘the ultimate test’ to see if the dogs are gay, as most male dogs will not be able to resist a female dog who is ‘on heat.’

And while Norman’s natural instinct kicked in straight away, Franco was less than impressed and continued to try to get the attention of the male dog. 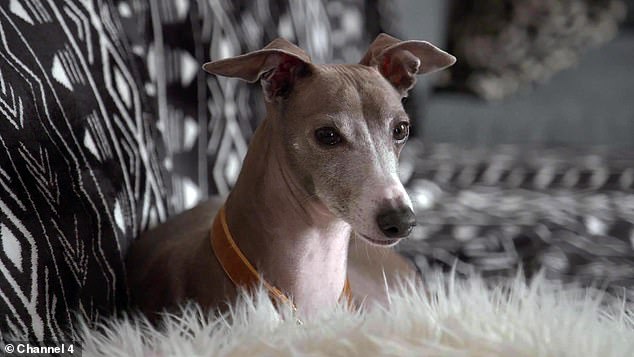 Franco was not bothered about a female dog who was ‘on heat’ when she was introduced, suggesting to leading dog behavioural expert Leon Towers that the pooch could be gay

Leon decided to remove Norman as they continued their experiment in an effort to see if Franco can focus on the female dog.

But the little pooch was still not interested in the female dog and, despite sniffing her a little, didn’t pay her much attention.

Leon was absolutely stunned by the encounter, saying: ‘It’s not normal at all. I’ve never ever ever come across a male dog that mounts a male dog constantly. 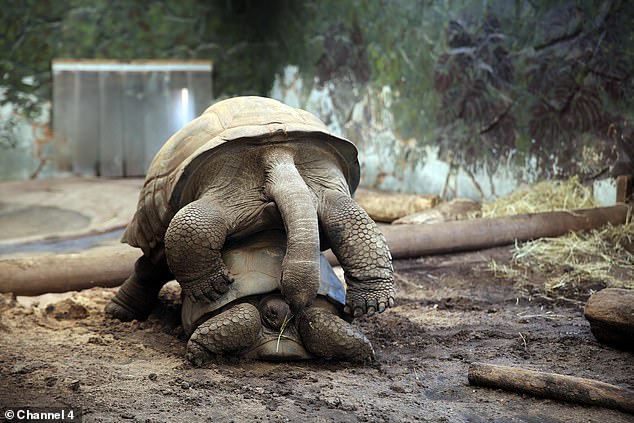 Over 1,500 different species of animal are known to have same-sex mating behaviour, which is explored in tonight’s episode of My Gay Dog and Other Animals

Meanwhile pet-owner Matt added: ‘The results that we got today were pretty black and white. Franco prefers male dogs to female.’

But it’s not just male dogs who can be gay – with pet-owner Christine King suggesting her pet pugs are in a lesbian relationship.

Pugly and Nelly are closer than her other three animals, with the dog-lover revealing: ‘They have a more intense connection than the rest of the gang.

‘Pugly always humps Nelly, which always goes on for a little while. She doesn’t object, it’s just what they seem to do.’

IS IT COMMON FOR ANIMALS TO BE ‘GAY’?

More than 100 species of insects engage in same-sex mating behavior, and some biologists claim gay animal behavior has been spotted in 1,500 different species, and reliably recorded in a third of these cases.

Animals that have displayed this behavior include emus, chickens, koalas, salmon, cats, owls and dolphins.

Researchers from the Department of Ecology and Genetics at Uppsala University hypothesized that because males and females share most of their genes, same-sex behavior may occur in one sex because its underlying genes carry benefits when expressed in the other.

They tested their idea using seed beetles when both males and females expressed low levels of SSB.

Using artificial breeding on either of the sexes, they created genetic strains with a tendency to display SSB.

Using these strains, the researchers showed that when a particular sex had been bred for increased SSB, siblings of the opposite sex enjoyed an increase in reproductive performance.

The findings, published in the journal BMC Evolutionary Biology, support the idea that SSB may be prevalent in one sex because the genes regulating the behaviour are preserved by natural selection through their benefits in the opposite sex.

This points to a general mechanism maintaining differing forms of SSB across a wide variety of animals.

Christine continued: ‘They are like a married couple really, they just happen to be dogs…and female.’

Rebeccah Baylis, who is the pugs physiotherapist, revealed she considers it ‘pair bonding’, a close relationship common in the animal world built through courtship and sexual activity.

‘Pair bonding is massive in the animal world – maybe Pugly feels the affection for Nelly, so I think it goes far deeper than ‘Is Pugly gay?’ That action is relaxing for her.’

Baylis went on to suggest a reason why Pugly enjoys humping Nelly so much, by explaining how the sexual movement releases happy hormones.

‘There is research to say when you ride a horse, it releases the same chemicals as it does when you have sex, which is why girls particularly become quite obsessed with horses and ponies, because it releases those happy hormones.’ 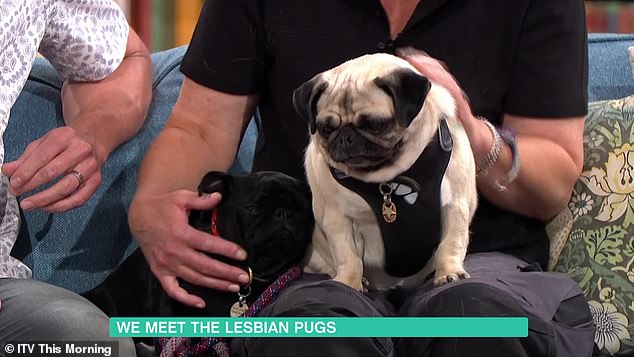 ‘One way of trying to explain the sexuality out of same sex, sexual behaviour is to say, “oh no, that’s not sex, it’s just dominance behaviour. One male is mounting another and he’s exerting his higher status”. That simply is not the case.

“Explaining the sexual component away from, or out of same sexual interactions, is one of the oldest games in the book. There is no such category in nature as social or sexual.

‘There is a lot of variation and for that reason to say, “oh yes, this is not just sex, this is social”, just tells you something about your mindset. You are not willing to allow non- human animals to actually have homosexual sex.’

Loggerheads return to the same feeding grounds year after year