Chrissy Teigen has revealed another (potentially) hilarious argument with husband John Legend when asking Twitter for advice about the situation.

The 33-year-old cooking guru and Twitter connoisseur took to social media late Wednesday night to discuss a problem she had with John, 40, after he made her a ‘delicious’ bedtime sandwich.

‘This morning I told John do not, under any circumstance, make me a bedtime sandwich, no matter how hard I ask,’ Chrissy wrote in a tweet detailing her evening. 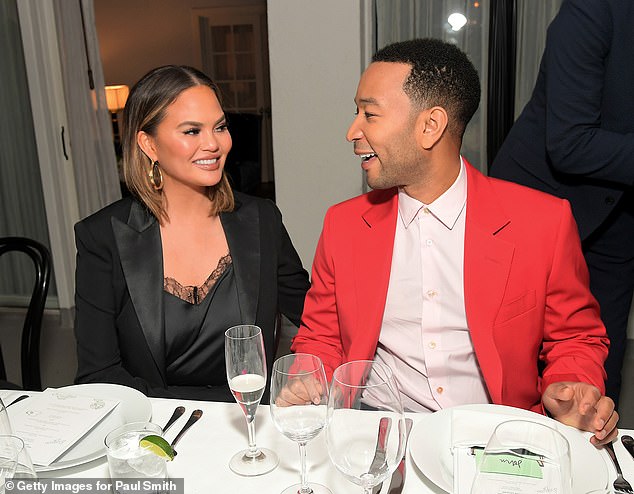 Potential fight: Earlier that day, she had asked John to not make her a bedtime sandwich. But later she asked for one, and John obliged

Same page: Commenters joked that John had ‘one job’, and it was to not make a sandwich

‘I asked him for one tonight and he made it. While it WAS delicious, should I be mad??’

She tapped into a marriage debate other people can relate to, as the mother-of-two received thousands of comments about the subject.

‘200% yes… he had ONE job,’ one person commented about the situation.

Chrissy responded: ‘Thank u I agree.’

Another person brought up the famous slogan ‘happy wife, happy life’ to explain why John probably decided to make the sandwich despite her earlier pleas.

‘No, you shouldn’t be mad,’ the commenter wrote. ‘John, like many men, subscribe to the notion that “Happy Wife=Happy Life”. If a current request contradicts a past request, the current request takes priority.’

Other commenters brought up the clear ‘no win’ situation Chrissy put John in by altering her previous request for him to not make her a sandwich.

John, to his probable dismay, had no clear option to avoid a confrontation from his wife.

Fair point: People loved the hilarious depiction of a married couple, as one person commented the situation was the definition of ‘happy wife, happy life’ 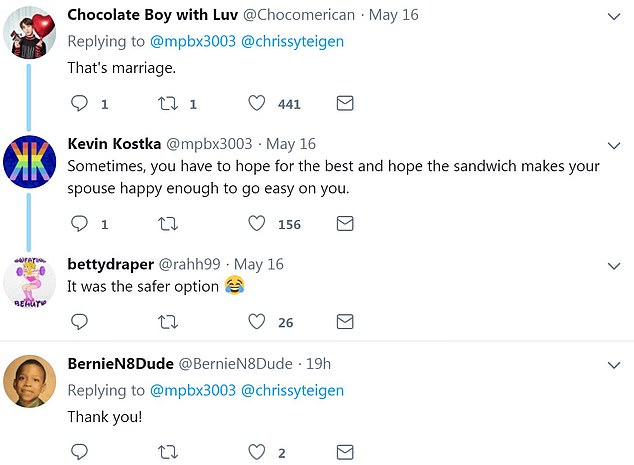 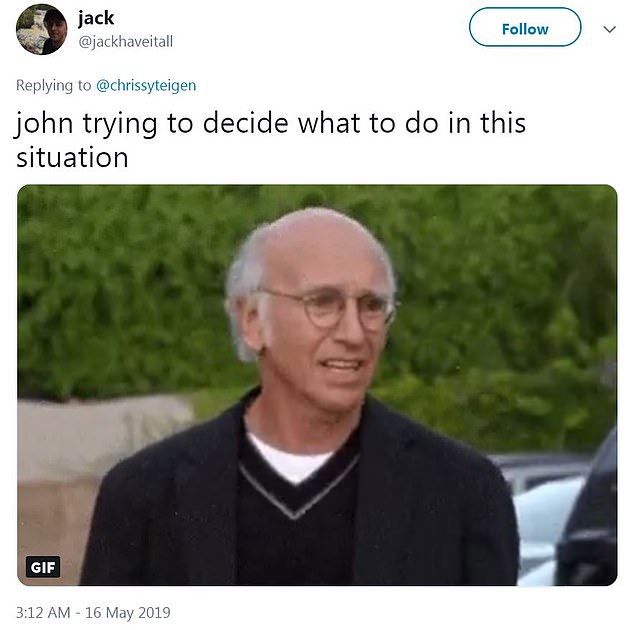 Invested: Thousands of comments poured in about the subject, as people discussed the impossible situation John was put in

Time to start! This inspired some people online to consider adding the food to their own routine before bed

‘How mad would you have been without the sandwich? I feel like he had no way to win here,’ a Twitter user wrote. Someone responded back to them by hilariously saying, ‘That’s marriage.’

There were a number of women who decided to share their own stories about when their significant others just couldn’t win during an impossible situation.

‘My man brought home a pizza and I cried and was upset about it while I sat and shoveled the whole thing down my mouth,’ one person shared.

Another woman wrote: ‘I do the same thing each night to my husband but for me it’s fresh popped popcorn — no microwave – pot, oil, BUTTER and salt – and it makes me so happy when he present me the bowl – and then 2 seconds after I lick my fingers I want to strangle him for the betrayal.’

A late-night snack in the form of a sandwich appears to be a go-to in the Teigen and Legend household, as Chrissy tweeted multiple times about the food.

‘I got a mean sandwich addiction lately,’ she wrote on Wednesday morning before adding, ‘I can be totally full but can’t sleep without my pre bed sandwich.’

Chrissy has now inspired a whole slew of people who believe they should maybe try a sandwich before bed as well.

‘I’ve never even heard of bedtime sandwiches before, but now think I’ll insist on one every night from now on,’ a commenter expressed online.

Super-saver cooks 50 meal portions for just £64.64 so she can travel more with her…

How #MeToo has RUINED dating by making men scared to approach women in real life,…