Speaking to Femail,  Ranjit Mathrani the Chairman of MW Eat that own a number of Indian restaurants in the UK, explained how the curry house became part of British cuisine:

‘When you have genuine food, that will have the effect of replacing the inauthentic, restaurants.

‘When people realised they could get genuine Indian food in supermarkets it started a decline started in  curry houses.

‘As well as this, second generation immigrants weren’t as keen on carrying on parents business and went on to do different things.

‘There were wider things taking place as well, as there were more exotic offerings such as wagamama and Mexican food and other non-European places. 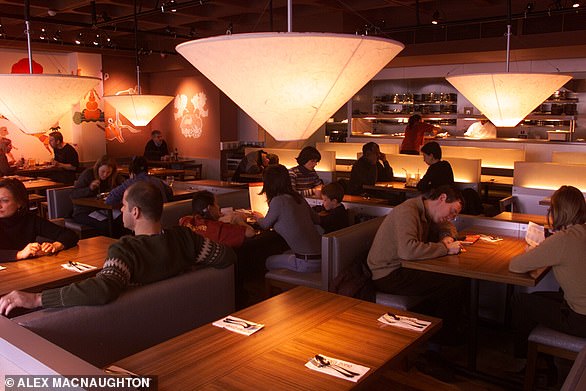 Speaking to Femail, Ranjit Mathrani the Chairman of MW Eat that own a number of Indian restaurants in the UK, explained how the curry house became part of British cuisine. MW Eat own Masala Zone restaurants, including this one pictured in Islington, north London

‘There’s been a very significant decline in the number of curry houses in Britain – which has been much stronger in London and the south east where there’s a younger generation.

‘The millennials have been travelling more. Many go to India and they’ve experienced the real stuff, so when they’ve come back they’re tastes buds have changed.

Here, he explains when the first curry house opened, as well as their rise and fall.

Britain’s first Indian restaurant was called The Indian Coffee House, established in the early part of the twentieth century and was located in Portman Square in London.

In 1924 at the Great Exhibition in Wembley, Edward Palmer, born in India and descended from a Moghul Princess and a British financier, participated with a stall of spices and curry ingredients.

Encouraged by his own success Edward Palmer, decided to open an Indian restaurant called Veeraswamy in 1926 off Regent Street serving Indian food in great style.

Customers over the age of 50, both British and Indian, remember their parents taking them as young students to a celebratory meal at Veeraswamy. 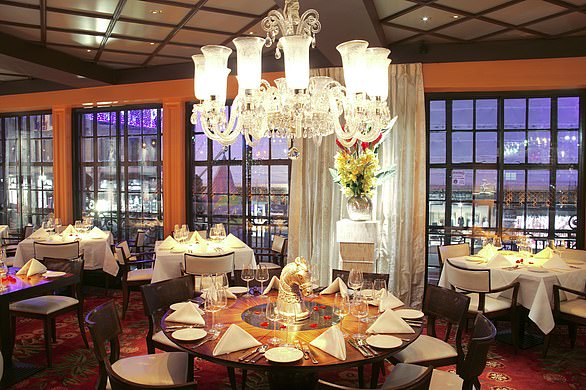 In the thirties in Soho opened an Indian restaurant called Shafis, catering to the scores of Indian students as well as returning ‘India hands’ in London at the time.

The big wave relating to food which came to be regarded as Indian food in Britain arose from and the independence of the Indian subcontinent with the arrival of Bangladeshi immigrants.

These Bangladeshis realised that there was the scope to cater to the growing need for cheap and cheerful curry restaurants and takeaways.

Their special attributes were that they offered cheap but tasty food, kept open seven days a week, and late hours into the night providing availability of food to the hungry crowds spilling out of pubs when they closed.

The Bangladeshi entrepreneurs called their restaurants Indian Restaurants, even though they did not offer genuine Indian food to capitalise on the British association with India, and produced curries with varying degrees of ‘hotness’ beginning with the ‘phal’ curry at the hottest end of the scale to the Madras, the Vindaloo, the ‘Bhuna’ followed by the ‘korma’.

All these words later became synonymous with levels of spice and had no relationship with curries of the same name in India.

There was an ingenious method of a small family business offering larger menus with an array of Indian dishes out of just a couple of curry pots, mixed and enhanced by adding dollops of extra spices and chilli and frying them after receiving the customers’ orders.

Then in the Sixties opened the Gaylord Indian restaurant in Mortimer Street and Albemarle Street in the West End of London and popularised Tandoori chicken, chicken tikka and their extended range of Chicken Makhani or Butter Chicken, along with naan, which were the rage dishes of India at the time.

After partition of Indian in 1947, a number of Punjabis also came to London and opened North Indian cuisine restaurants with names like the Punjab restaurant, and so for the first time the Northern Indian dishes like Roghan Josh or Gobi Aloo became part of popular eating.

The Punjabi community settled largely in Southall, west London, where there was a proliferation of North Indian restaurants catering to the Indian population but also attracting curryholics from London.

However in the seventies, the smartest restaurants in London serving the food of the Indian sub-continent were two Pakistani establishments – Shezan and Saloos in the posh Knightsbridge area of London.

Meanwhile the political problems in Uganda led to an exodus of East African Indians to Britain who set up grocery shops throughout Britain and for the first time, ingredients for cooking Indian food became easily available to British consumers as never before.

Troubles in Kashmir also led to an exodus of people from the Pakistan dominated part of Kashmir to come and settle in Birmingham, which led to the ‘Balti’ restaurant phenomenon.

The word ‘Balti’ is supposed to emanate from Baltistan, a district in Northern Pakistan, but the food is really the common northern food of the sub-continent.

Based on the same principle of one lamb curry and one chicken curry pot, these are used to create a wider offering of curry dishes with the ‘fry pan’ operation.

It was then not until that the journey of serving real Indian food in Britain really restarted with the creation of the Bombay Brasserie in London by Camellia Panjabi then Marketing Director of the luxury Taj Hotel Group of India.

The Bombay Brasserie concentrated on the diverse cuisines of Bombay city – street food, Parsi, Goan, seafood as well as the Gujarati thali. Because of its ambience, scale, the presentation of the food, the French style pre-plating of the food, and the promotion of wine with food, Bombay Brasserie was a watershed insofar as the perception of Indian cuisine was concerned.

It became perfectly fashionable to take one’s banker to dine Indian. However, for a decade or so no great surge in Indian dining experiences followed. 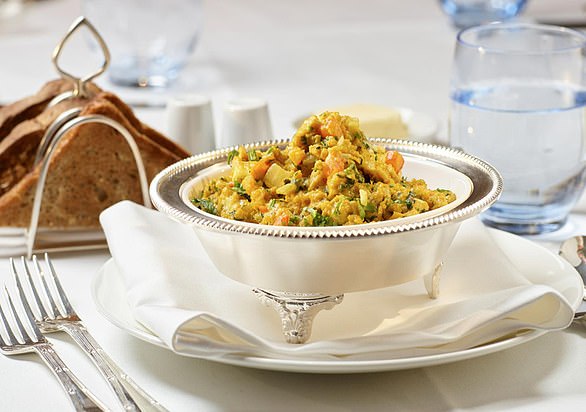 This started with Chutney Mary on Kings Road in Chelsea created by Namita Panjabi and Ranjit Mathrani, which presented several cuisines of India which had not been presented before. Pictured is their Spicy akoori

It was then in 1990 that saw the opening of more fashionable Indian restaurants and the next stages in the evolution of the appreciation of Indian food in London.

This started with Chutney Mary on Kings Road in Chelsea created by Namita Panjabi and Ranjit Mathrani, which presented several cuisines of India which had not been presented before.

Then in 1997, Veeraswamy was bought by Namita Panjabi and Ranjit Mathrani.

By the time MW Eat purchased Veeraswamy it had lost its lustre and was about to close down. This reincarnation won much praise from guests and critics.

The next major development in the evolution of Indian food was creating the authentic tastes of India at informal dining level which took place with the creation of the Masala Zone group of restaurants by MW Eat in 2001.

At the top-end, Amaya which was created by MW Eat in 2005 represented the next major development with focussing just on the grill foods of India.

Amaya was awarded a Michelin Star in 2006, which it still retains.

This has then led to the creation of further up market restaurants in its wake, including Benares, Gymkhana etc.

In addition the areas of Britain where immigrants from Indian have settled – eg Punjabis ibn Southall, Gujaratis in Wembley and Leicester – have seen the development of Indian restaurants based on these cuisines.

Giovanna Fletcher reveals Duchess of Cambridge was easy to ‘relate to’