Aston Villa close to pushing through a deal for Genk striker Ally Samatta, but the Tanzania international is unlikely to sign in time to face Brighton

By Tom Collomosse For Mailonline

Aston Villa are working to close a deal for Genk striker Mbwana Ally Samatta although the Tanzania international is unlikely to be in place by the weekend.

Samatta left Genk’s training ground on Thursday although he will need a work permit and it will therefore be difficult for the transfer to be concluded in time for Saturday’s vital Premier League clash at Brighton. Reports in Belgium put the likely fee at about £8.4million.

Villa want to bring in two strikers this month as Wesley is out for the rest of the season with a serious knee injury, but have struggled to sign those with experience of English football. 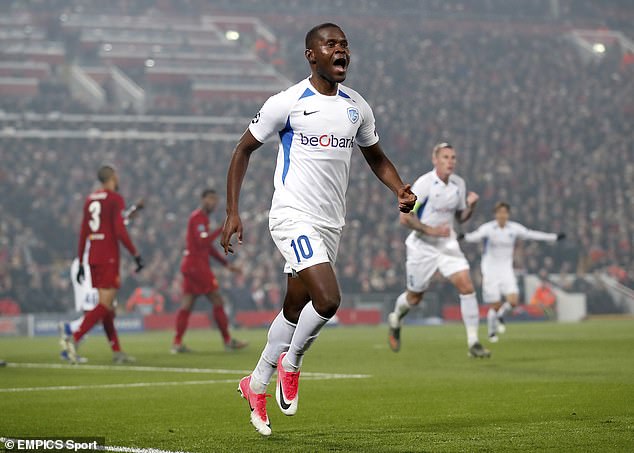 Samatta, 27, has 76 goals and 20 assists from 191 matches in Belgium. Villa boss Dean Smith had begun the window by demanding players with Premier League experience but he admitted such deals had proved extremely difficult in January.

He said: ‘With Wesley getting injured and (youngster) Keinan Davis being out we have to strengthen massively so we are looking for a couple [of strikers].

‘January is even harder without recognised stickers as [rival] clubs can stick prices up a bit. It always has been a tough window; you have to take a copula of risks.

‘We did it last season with Tyrone Mings and Kortney Hause and clubs will do that again. There’ll be a big boost to whole squad when we get one in and we’re working hard to do that.

‘Whether have one for Saturday I am not sure but we are getting closer. The powers that be are working very hard so we can get a centre-forward on pitch.

‘I’m calm and confident we will get players but we have big games and if we don’t get one in by Saturday it’ll be the third in row without recognised striker.’

Three days after facing Brighton – who have 24 points to Villa’s 21 – 18th-placed Villa take on resurgent Watford, another club fighting for survival. 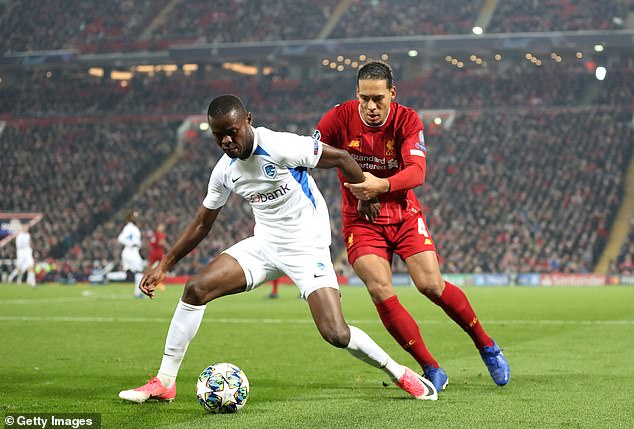 Samatta, who will need a work permit, is likely to join for a fee of around £8.4million

After the second leg of their Carabao Cup semi-final against Leicester, Villa then have another game against another struggling side – Bournemouth at Dean Court on February 1. At Brighton, Villa could hand a debut to former Liverpool goalkeeper Pepe Reina, who has joined from AC Milan on a loan deal for the rest of the season.

Smith said: ‘With Tom Heaton injured, everyone knew I wanted a keeper with Premier League experience and it was important we moved quickly.

‘I wouldn’t bring anyone in if I didn’t think they could play straightaway. Looking at him in training, it’s not a problem, and listening to him speak he is certainly ready.’

Video: Kourtney Kardashian shows off her midriff out with friends