Florida boy, 4, is one of just 60 people with mysterious organ failing disease


Grayson Heinle, from Jensen Beach, Florida, was born happy and healthy, and was hitting all his developmental milestones on time for the first several years of his life.

But things suddenly took a turn for the worse when, earlier this year, he fell over on the couch and went to sleep, and his mother couldn’t wake him up.

The four-year-old underwent several blood tests at his pediatrician’s office before being referred to an allergist, reported WPTV.

Further tests revealed he had an abnormal number of white blood cells and he was diagnosed in October with a very rare disease called hypereosinophilic syndrome.

In Grayson, his skin and his brain are being attacked, and there is no cure. 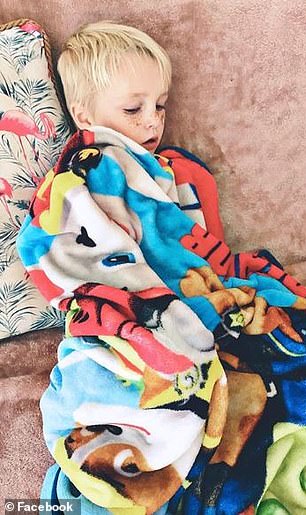 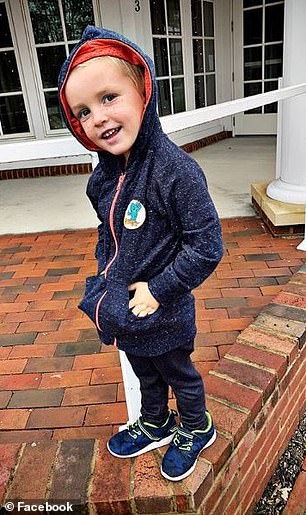 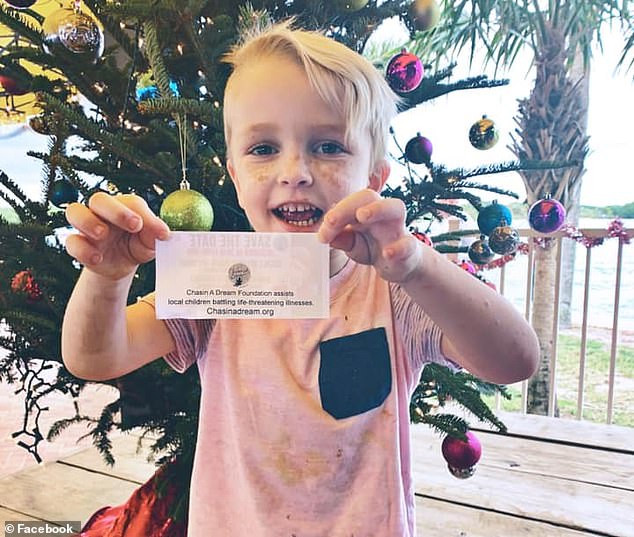 People with HES, like Grayson (pictured), have a very high count of white blood cells that inflame and damage the body’s tissues and organs

‘This probably sounds really gruesome to most people, but I’ve often found myself saying: “I just wish it was something that has a known cure,”‘ Grayson’s mother, Ariel Wallace, told WPTV.

‘[I think]: “Why couldn’t it have been leukemia that we could cure with a couple rounds of chemo and move on with our lives?”‘

Hypereosinophilic syndrome (HES) is a group of rare blood disorders that occur when someone has very high numbers of eosinophils in their blood.

Most people have less than 500 of these white blood cells per microliter in their blood, according to the American Academy of Allergy, Asthma and Immunology.

However, people with HES have at three times as many of those cells – at least 1,500 eosinophils per microliter – in their blood for no identifiable reason.

Eosinophils travel into the body’s tissues and organs – including the skin, heart, lungs and nervous system – causing inflammation and damage.

Depending on what part of the body is affected, sufferers may experience skin rashes, coughs, shortness of breath, fatigue or memory loss.

Survival rates have improved over the last 40 years, but HES can be fatal if there is extensive organ damage.

There is no known cure and treatment works to reduce the number of eosinophils in the body to prevent tissue damage, according to the American Academy of Allergy, Asthma and Immunology, but it’s not always effective. 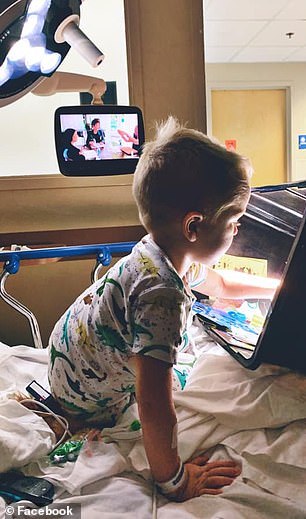 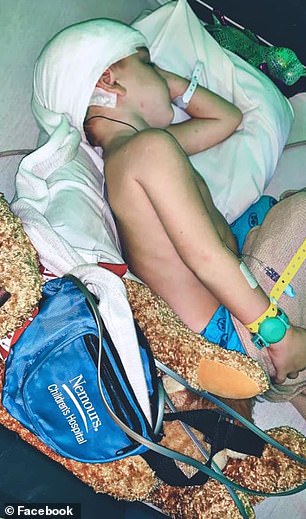 Grayson’s symptoms include seizures, rashes and painful, bleeding sores. He is only one of 60 known people in the world suffering from the incurable syndrome. Pictured, left and right: Grayson in the hospital 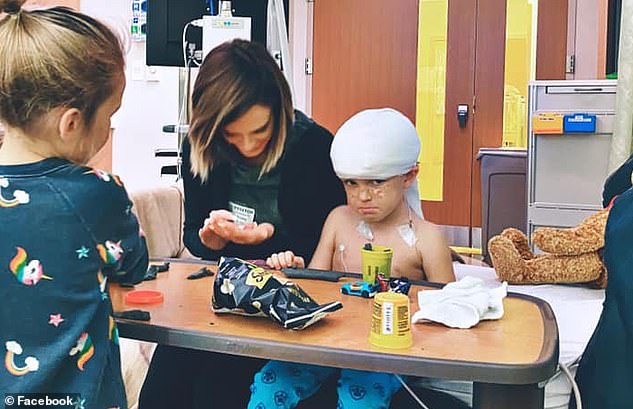 Grayson and his mother will be traveling to a hospital in Miami next month for more testing and treatment. Pictured: Grayson (right) and his mother (center) in the hospital

Wallace said on some days, he seems fine and she thinks that maybe doctors were incorrect with their diagnosis.

‘But then sometimes he has skin eruptions and he gets, for no reason, sores all over his body and he’s crying and his miserable and he’s screaming and bleeding everywhere,’ Wallace said.

According to WPTV, Grayson and his mother will be traveling to a hospital in Miami next month for further testing and treatment.

Expert reveals what to eat, drink and do before a long-distance flight

Child flu deaths surpass 100 in the US