‘I think we can work towards that’: Alisson urges France Football to crown best female goalkeeper next year after Liverpool star wins Yashin award

By Claire Bloomfield For Mailonline

Liverpool goalkeeper Alisson Becker has called for the world’s best female goalkeepers to be recognised at next year’s Ballon d’Or ceremony, after being awarded the Yashin trophy in Paris on Monday night.

Despite introducing the women’s Ballon d’Or in 2018, with the Lyon star Ada Hegerberg scooping the inaugural prize and being followed this year by US co-captain Megan Rapinoe, France Football are yet to acknowledge the best young female player or goalkeeper as per the men’s respective trophies.

After collecting the award at the Théâtre du Châtelet in the French capital, Becker told Sportsmail, ‘Yes, why not? We are speaking about making everything [on an] equal level, both women’s and men’s. It’s a good question. I think we can work towards that.’ 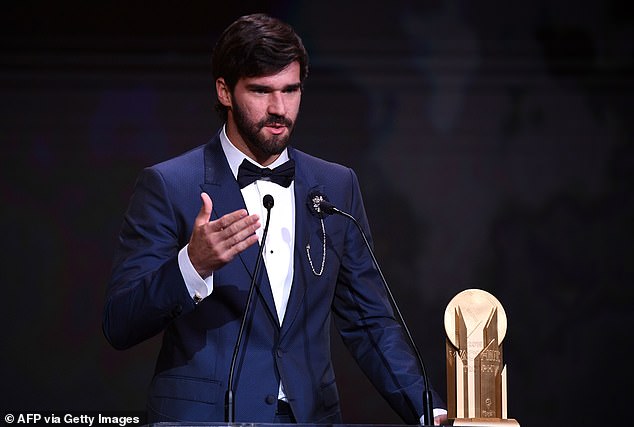 The Brazilian shot stopper’s comments echoed those of Hegerberg, who told also told Sportsmail in an interview last week that event organisers still had some work to do to ensure the prestigious awards were truly a level-playing field.

She said: ‘I don’t know why it’s not the case for the women too. I often reflect on how things are being done in federations or at clubs or how young girls get the opportunity to train but this is on top of the pyramid and should already be in place.’

Alisson was also asked about his transition from AS Roma’s ‘benched keeper’ behind Wojciech Szczęsny prior to his arrival at Anfield, to being an integral part of Jurgen Klopp’s Liverpool squad and the club’s quest for a long-awaited Premier League title. The 27-year-old admitted the transformation is simply as a result of regularly being given the opportunity to demonstrate his qualities.

‘I’ve started to play more, that’s what has changed. Szczęsny arrived at Roma before me and started to play before me – and he did really well. It was the choice of the manager. I think I’ve just started to do my job and show my potential to everybody.

After beating Premier League opposition from Kepa Arrizabalaga, Ederson and Hugo Lloris to take the much coveted goalkeeping award back to Merseyside, he added: ‘I feel blessed to have my profession as a football player and goalkeeper. It’s something that makes me proud, makes my family happy and makes me be better as a person.’ 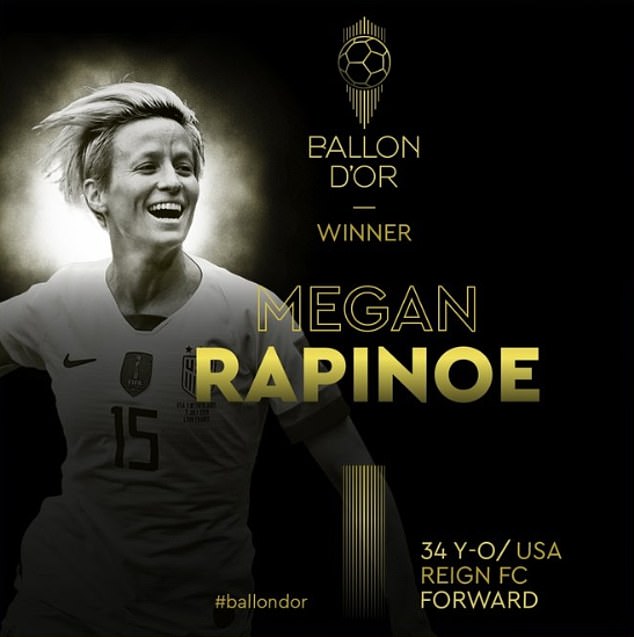 Video: Brandy stuns on the red carpet for AIDS benefit in Hollywood