‘Little Michael will fail!’ Donald Trump says he would LOVE to run against 5′ 8″ Bloomberg and mocks multi-billionaire saying ‘he doesn’t have the magic to do well’

President Trump brushed off his nickname for the five-foot-eight Michael Bloomberg when he was asked about the former New York City mayor teasing a presidential run.

‘He doesn’t have the magic to do well,’ Trump told DailyMail.com as he departed the White House Friday for a day trip to Georgia. ‘Little Michael will fail.’

The president added that he thought Bloomberg would hurt former Vice President Joe Biden‘s run in the Democratic primary. ‘There’s nobody I’d rather run against than Little Michael.’ 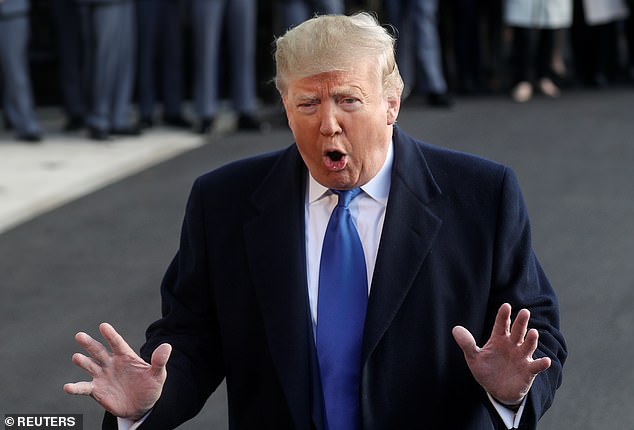 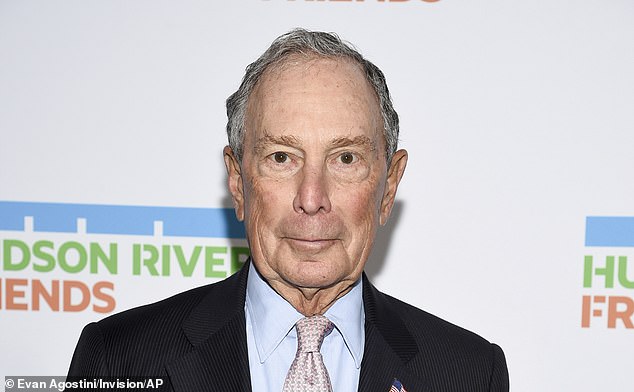 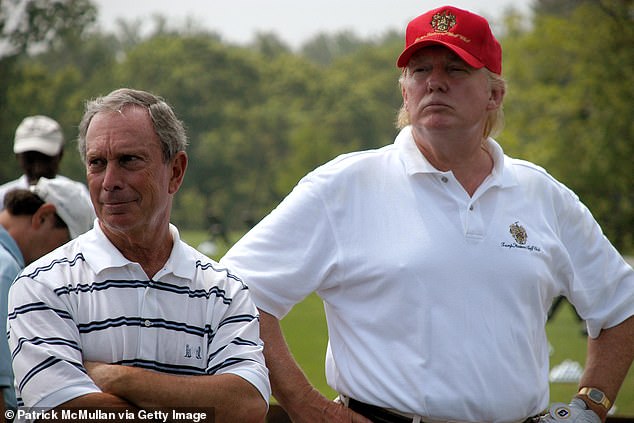 President Trump (right), photographed with Michael Bloomberg (left) in 2007, pointed out that he’s known Bloomberg for years and predicted he would beat him if Bloomberg becomes the Democratic nominee

Trump pointed out, as a fellow New Yorker, that he’s known Bloomberg for years.

‘You go back, early on, he’s said a lot of great things about Trump,’ the president said. ‘But I know Michael. He’s …. he’s really a nothing.’

Trump suggested Bloomberg would spend a lot of money and go nowhere.

Trump, too, had been complimentary of Bloomberg in the past.

‘Mike Bloomberg is doing a great job as Mayor of New York City,’ Trump tweeted back in April 2012, when Bloomberg was still serving as mayor.  Trump praised Bloomberg for leading New York after 9/11 and decreasing crime in the city. ‘That’s leadership,’ Trump said.

Trump turned on Bloomberg – and deployed the nickname ‘Little’ Mike – after the former mayor endorsed Hillary Clinton in 2016.

Bloomberg, who was formerly a Republican, appeared onstage at the Democratic National Convention in Philadelphia in July and railed against Trump.

‘I’m a New Yorker and I know a con when I see one,’ Bloomberg said then.  ‘The richest thing about Donald Trump is his hypocrisy.’

Trump again used the nickname in an Oval Office sit-down a year ago, relishing the chance to run against ‘Little Michael.’

On Thursday, the news broke that Bloomberg was again thinking about running for president.

The New York Times reported that Bloomberg was actively laying the groundwork, including filing the paperwork to participate in the Alabama Democratic primary. Alabama has one of the earliest filing dates.

In March, Bloomberg had taken himself out of contention, instead vowing to spend millions helping the eventual Democratic nominee – and other liberal causes.

But as of late, he became worried that none of the Democrats running could beat Trump – especially if the leading liberals, Sens. Elizabeth Warren and Bernie Sanders, beat the more moderate Biden.

Bloomberg’s view of Warren was apparent when the two appeared together onstage in Des Moines, Iowa in August, at an Everytown for Gun Safety event, which the billionaire Bloomberg funded.

‘If my company wouldn’t be successful, we wouldn’t be here today,’ Bloomberg told Warren as she came onstage. ‘So enough with this stuff.’

Warren, and Sanders too, have made taking on the wealthiest Americans central to their platforms.

Smoking may raise the risk of depression or schizophrenia, scientists warn