By Ryan Fahey For Mailonline

A puppy orphaned by the destruction of the compound which housed abu Bakr al-Baghdadi has been rescued after being found next to its dead mother.

Photojournalist Fared Alhor scooped up the grieving pup after travelling to Barisha to report on the aftermath of the ISIS leader blowing himself up when faced with a US raid.

The pooch, covered in dust at the side of the road, took time to leave its mother’s side but eventually came to Alhor.

Baghdadi died after fleeing into a network of underground bunkers and tunnels that snaked through the compound in Barisha in Syria.

The terrorist leader wore a suicide vest and dragged along three children as he fled from the American troops who had arrived by helicopter from Iraq. 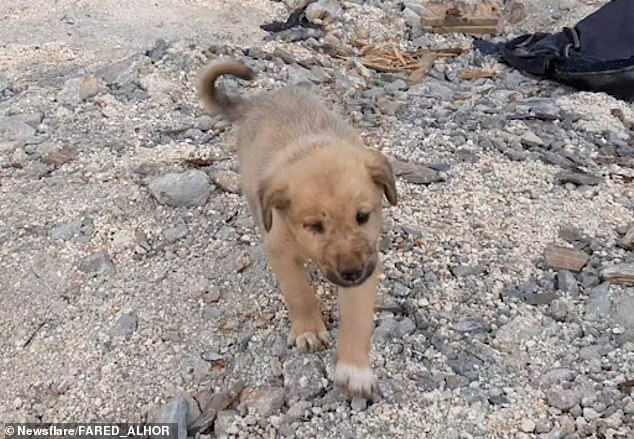 A puppy, renamed BoBe, has been rescued by a photojournalist who went to report on the aftermath of the suicide of abu Bakr al-Baghdadi 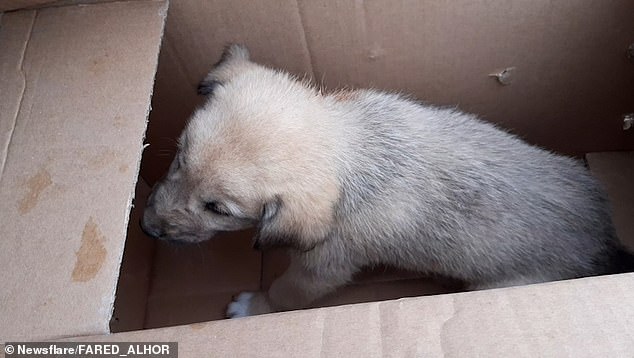 The pup, pictured here in a box, was found lying next to its dead mother that died after the US raid on al-Baghdadi’s location 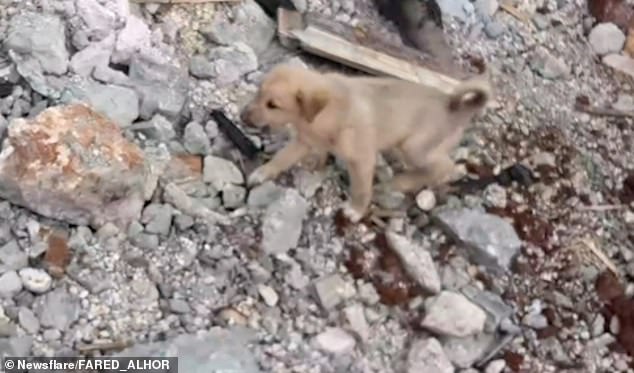 When the journalist found the dog, it was covered in mud and seemed to be trembling

The reporter then took the traumatised puppy to a safer place and introduced it to other dogs. A vet was contacted and the dog was seen for vaccines and a checkup.

‘We will live a happy life after all,’ Alhor tweeted Wednesday.

He pictured the pup all cleaned-up and announced that he had named it BoBe. 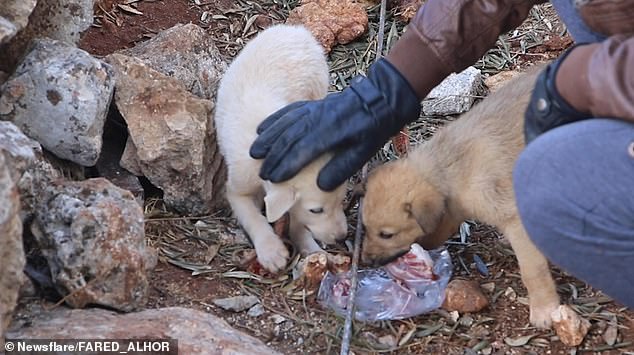 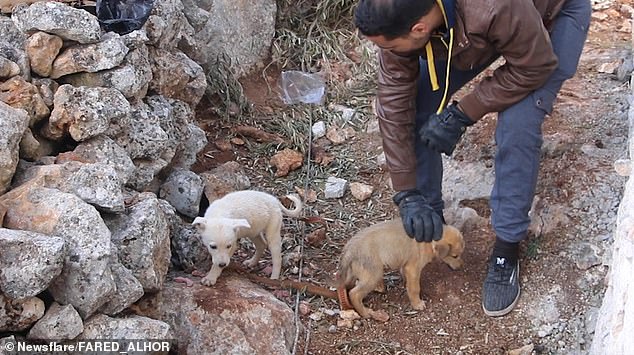 The dog, on the right, was also taken to a vet for check ups and vaccination

‘Today #BoBe and I went to the clinic for [a] vaccine and treatment,’ he said.

‘A few days later he will have a home,’ he said, saying BoBe was now ‘very happy’.

Trump said that as US troops and their dogs closed in, the militant went ‘whimpering and crying and screaming all the way’ to his death.

‘He reached the end of the tunnel, as our dogs chased him down,’ Trump said. ‘He ignited his vest, killing himself and the three children.’

Almost 70,000 less women are given pain relief during childbirth compared to a decade ago