A Los Angeles Angels employee has told investigators that he frequently abused oxycodone with Tyler Skaggs for two years before the star pitcher’s sudden death.

According to a new report from ESPN, Eric Kay, who is the Angels’ director of communications, also told Drug Enforcement Administration agents that several other employees knew of Skaggs’ problems with opioids prior to his death on July 1.

Skaggs, 27, was found dead in a Southlake, Texas hotel room, just hours before his team was scheduled to play a four-game series against the Rangers.

His official cause of death revealed he died suffocating on his own vomit after taking a lethal mix of alcohol, fentanyl, and oxycodone.

While many Angels players and staffers have expressed shock after learning of Skaggs’ drug habit, Kay says he was taking pills with the baseball star as far back as 2017.

A series of Venmo receipts purportedly show that Skaggs made a series of payments to Kay over two years, which ranged from $150 to $600.

Kay has reportedly told DEA agents that he illegally obtained six oxycodone pills and gave three to Skaggs just days before he left on the fateful trip to Texas. 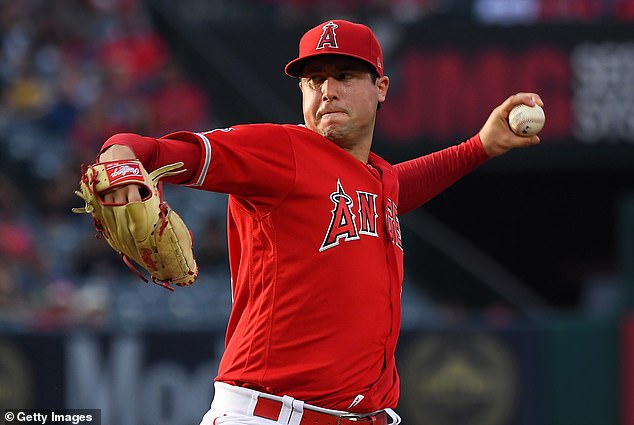 A Los Angeles Angels employee has told investigators that he frequently abused oxycodone with Tyler Skaggs for two years before the star pitcher’s sudden death. Skaggs is seen pitching for the baseball team in June 2019

However, the communications director does not believe that they were the ones in Skaggs’ system at the time that he died, as the pitcher allegedly texted him on the day he departed for Texas requesting more pills. Kay claims he could not fullfil the request.

According to the ESPN report Kay further claimed that he was in Skaggs’ hotel room on the night Skaggs died, and that he saw the star snorted three lines of crushed opioids in front of him. 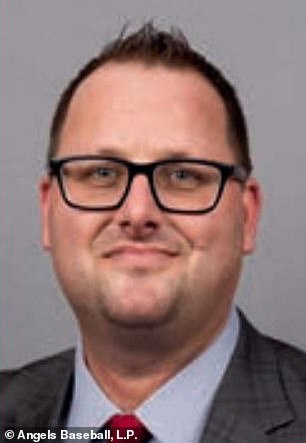 Eric Kay, who is the Angels’ director of communications, also told Drug Enforcement Administration agents that several other employees knew of Skaggs’ problems with opioids prior to his death on July

Kay has long been struggling with his own addiction problems and is currently on paid leave with the Angels as he seeks treatment.

However, he says he wasn’t the only Angels staffer with knowledge of Skaggs’ drug use.

Kay has allegedly told DEA investigators that he discussed Skaggs’ opioid habits with Tim Mead, the former Angels vice president of communications and Kay’s supervisor, in 2017.

However, Mead – who left the Angels in June – has steadfastly denied that accusation.

‘I have had a lot of conversations with Eric Kay about a lot of things, but opioids and Tyler Skaggs were not one of them,’ he told ESPN.

He also denied knowing that Skaggs used opioids before his death.

ESPN says a second Angels employee also had knowledge of the Skaggs’ drug use, but that person has not been named.

Meanwhile, Angels team spokesperson Marie Garvey told the sports network: ‘We are shocked to hear these reports. … We had no prior knowledge of Tyler or any other member of the Angels organization having abused opioids or any narcotic and continue to work with law enforcement to get answers.’ 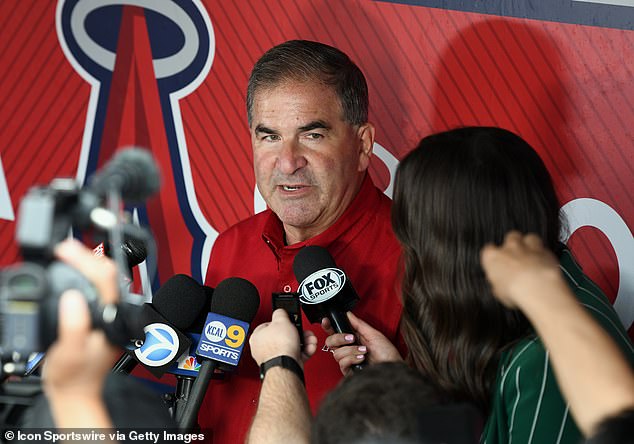 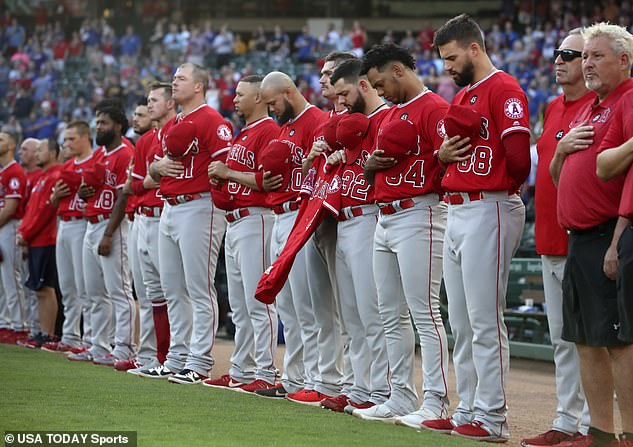 Skaggs’ death stunned his team and forced the postponement of the opener of a four-game set against the Texas Rangers. The first game back (above) was played on an eerily quiet night with no music or on-field promotions

Last month, teammate Mike Trout said he was stunned to hear the results of the toxicology report and was unaware that Skaggs was even on opioids in the first place.

‘We didn’t know he was going through this. Just a tough situation when this came out. Tough to put your mind to it,’ the center fielder said to MLB News.

Oxycodone is banned pursuant to Major League Baseball’s Joint Drug Agreement while fentanyl is labeled as a ‘drug of abuse’ under the agreement.

‘Obviously, it doesn’t change my view on Tyler. He made a big impact on my life, this team. I was kind of shocked when the news came out like that. That’s tough, but it doesn’t change the feeling I have for him and the way he impacted my life,’ Trout added.

‘Obviously, if I knew I would definitely have said something or did something,’ Trout said. ‘It’s tough. You love Tyler. We didn’t know he was going through this. Just a tough situation when this came out. Tough to put your mind to it. But it doesn’t change the way I feel about Tyler and the way he impacted my life.’ 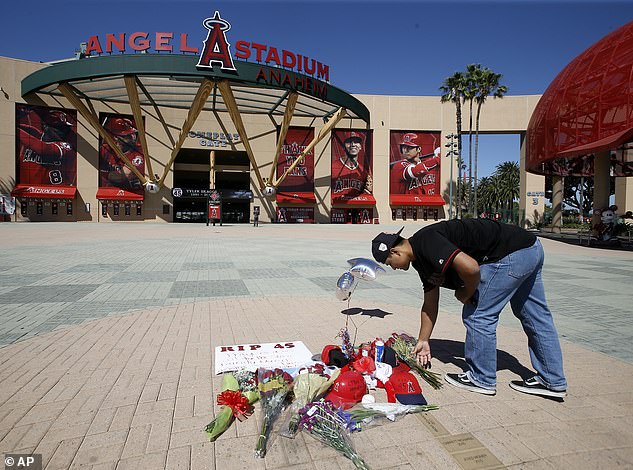 Skaggs’ family issued a statement soon after indicating that an Angels employee may have had some involvement and vowed not to rest until they learned how he came to be in possession of the narcotics.

‘We are heartbroken to learn that the passing of our beloved Tyler was the result of a combination of dangerous drugs and alcohol,’ the statement said.

‘That is completely out of character for someone who worked so hard to become a Major League baseball player and had a very promising future in the game he loved so much.

‘We are grateful for the work of the detectives in the Southlake Police Department and their ongoing investigation into the circumstances surrounding Tyler’s death.

‘We were shocked to learn that it may involve an employee of the Los Angeles Angels. We will not rest until we learn the truth about how Tyler came into possession of these narcotics, including who supplied them.’