By Sami Mokbel for MailOnline

England players will wear special shirts to commemorate the country’s 1000th game when they face Montenegro at Wembley on November 14.

On Wednesday The Football Association released details of they intend to commemorate the landmark occasion.

Every individual to have represented England at men’s senior level have been assigned their own unique number. 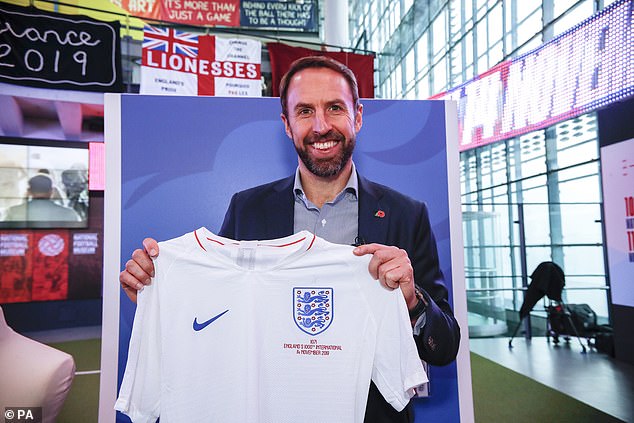 For example, Tyrone Mings – England’s latest international – was the 1244th player to represent the national team.

And UEFA have granted England special dispensation for the ‘legacy numbers’ to be displayed underneath the Three Lions crest for the 1000th game.

Moving forward, the digits will be moved to the inside of each collar for future fixtures to ensure UEFA regulations are adhered to. 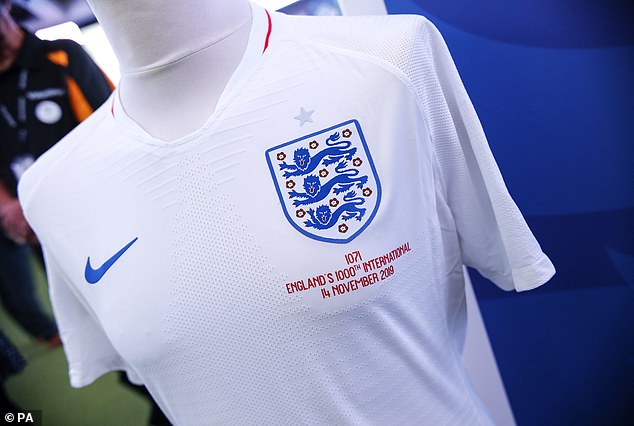 Furthermore, all former England captains, 50-plus cap internationals and World Cup 1966 winners have been invited to the game against Montenegro on November 14, with attendees to be presented with their own unique legacy number memento by FA chairman Greg Clarke.

Current boss Gareth Southgate was presented with his own legacy number (1071) during a visit to an exhibition celebrating the journey to the 1,000th international at the National Football Museum in Manchester.

‘You realise the history of England and you know what a privilege it is to have played for England but also to be one of the few people to have managed your country,’ said Southgate.

‘It really makes me even prouder of being involved.’

Viv Anderson, the first black professional footballer to represent England at senior level, will also attend in recognition of his own notable role in the team’s history.