YouTube’s arguably first beauty influencer Michelle Phan has confirmed she will not return to vlogging following her three-year hiatus from the posting videos — and instead has turned her sights on Bitcoin as one way to make money.

The Boston, Massachusetts, native posted her first makeup-related video to her feed earlier this month following revelations of her depression battle in 2017, all of which she detailed to followers in an animated film.

When speaking to The Cut, the 32-year-old makeup guru explained her break from the YouTube community and why she would not be returning to vlogging in the future. 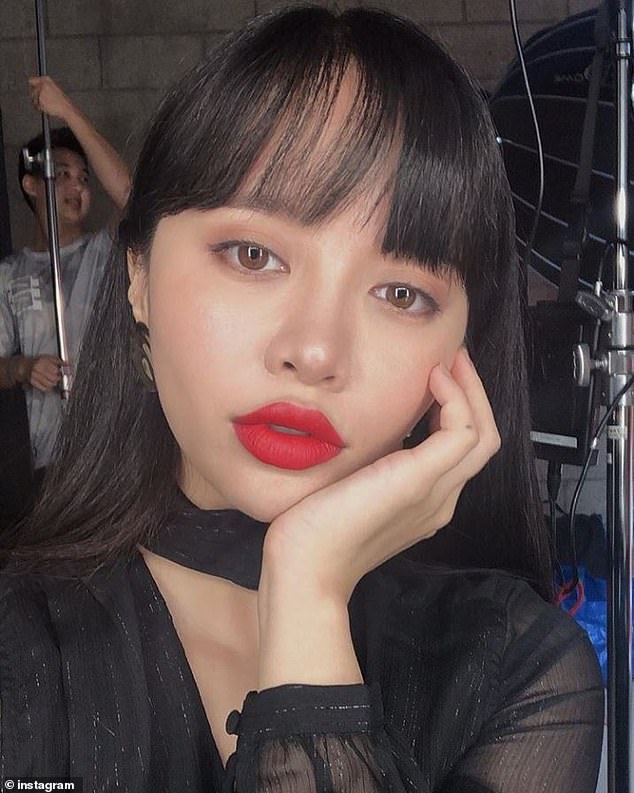 The return: Influencer Michelle Phan took to YouTube earlier this month after vanishing from the video platform three years ago to focus on her mental health 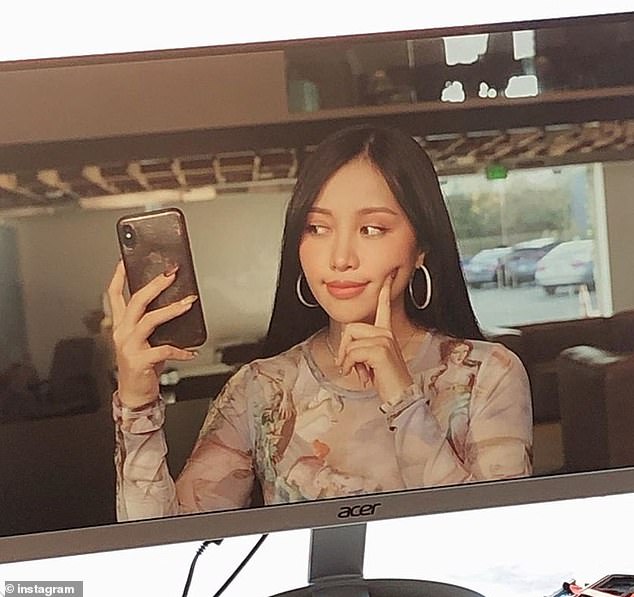 Taking a break: In 2017, after a ten-month hiatus, the 32-year-old beauty influencer revealed that she had been struggling with depression 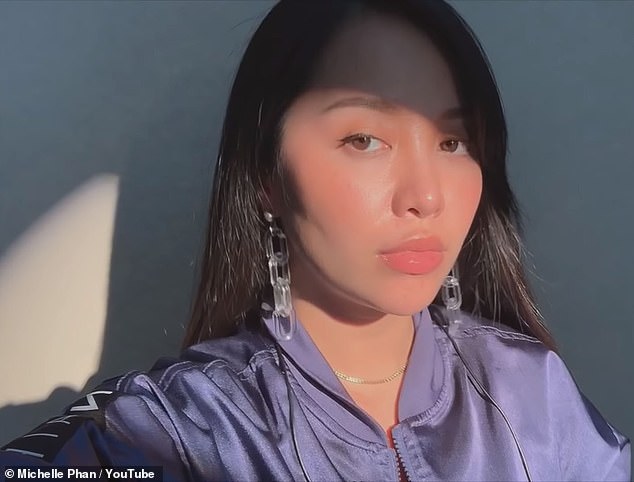 ‘I was at the height of the party. And that’s when you want to leave,’ Michelle said about leaving the digital sphere of beauty.

She believed at the beginning of the YouTube beauty world, influencers were used more as creators instead of promoting new products. But this has changed as the industry has progressed.

‘I remember eight years ago, before L’Oreal bought NYX, they make this jumbo white pencil called Milk pencil. There was a hack discovered on YouTube where you could melt it with a blow dryer to become a primer. That was dope,’ Michelle told the publication.

‘You don’t see stuff like that as much, because everyone’s being sent PR boxes. It’s not necessarily bad. It is lazier, yes, but in a sense, that journalistic, democratic approach is now missing.’

Laziness, though, was not a reason why Michelle first took a break from filming YouTube vlogs and tutorials in 2016.

She instead took the break to address her mental health and prioritize her happiness.

In June 2017, she broke her silence on the platform after not posting any clips online since July 2016. (She had also briefly opened up to Racked in April 2017 about her struggles.)

‘Money can bring out the worst in people, and I was no exception,’ she said in the animated explainer video.

‘The taste of success was like a drug, and I couldn’t get enough,’ she said. 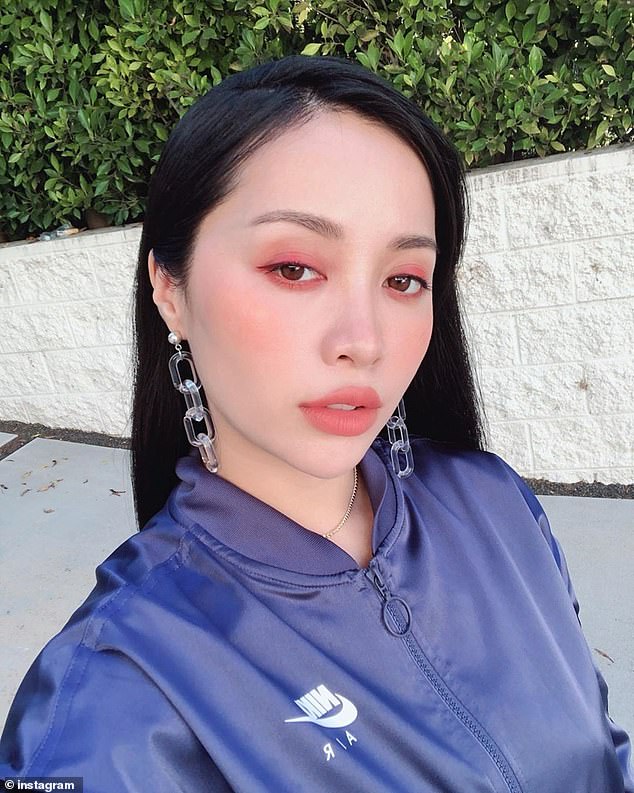 No plans: Michelle said she has no plans to return to vlogging after reaching her ‘height’

New priorities: Fans previously tweeted at Michelle about her change in focus from posting YouTube tutorials. Michelle said she was ‘chasing after my bliss’ instead of producing content 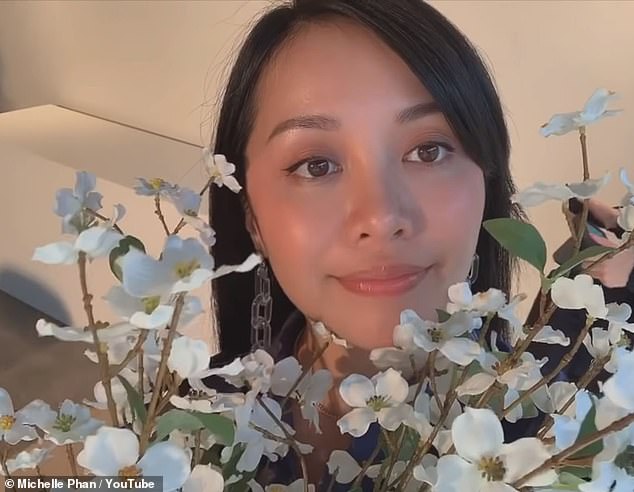 Ad: The social media personality teased the launch of a new product, a clear lip gloss, created under her Em Cosmetics line earlier this month when returning to YouTube

‘Once, I was a girl with dreams — who eventually became a product, smiling, selling, and selling. Who I was on camera, and who I was in real life, began to feel like strangers,’ she explained.

‘My insecurities go the worst of me. I became imprisoned by my own vanity, and was never satisfied with how I looked. My life online was picture-perfect, but in reality, I was carefully curating the image of a life I wanted, not had.’

‘You would think, This achievement is great. You should be happy.’

‘But I wasn’t. I was waking up feeling so broken. I didn’t know why,’ she added.

Breaking away from the influencer market on YouTube does not mean Michelle will be far from makeup. Michelle owns Em Cosmetics, which she bought back from L’Oreal in 2016 after initially selling it to the makeup empire.

‘I realize I can’t save the world. But I can save myself, and when I show people how I saved myself, and I share how I did it, that can save them, too,’ she told The Cut. 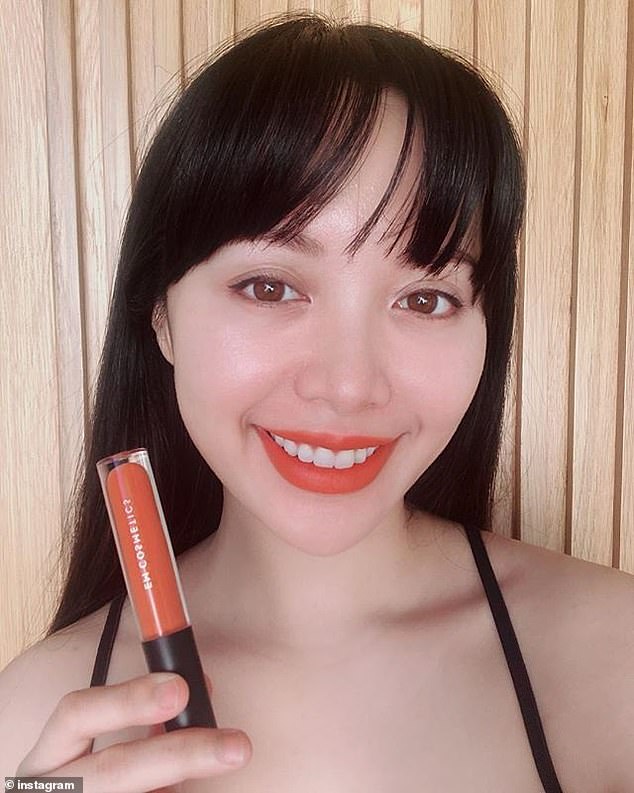 Change in direction: Although she posted on YouTube for her cosmetics company, this does not mean Michelle is returning. She is instead focusing on Em Cosmetics and Bitcoin 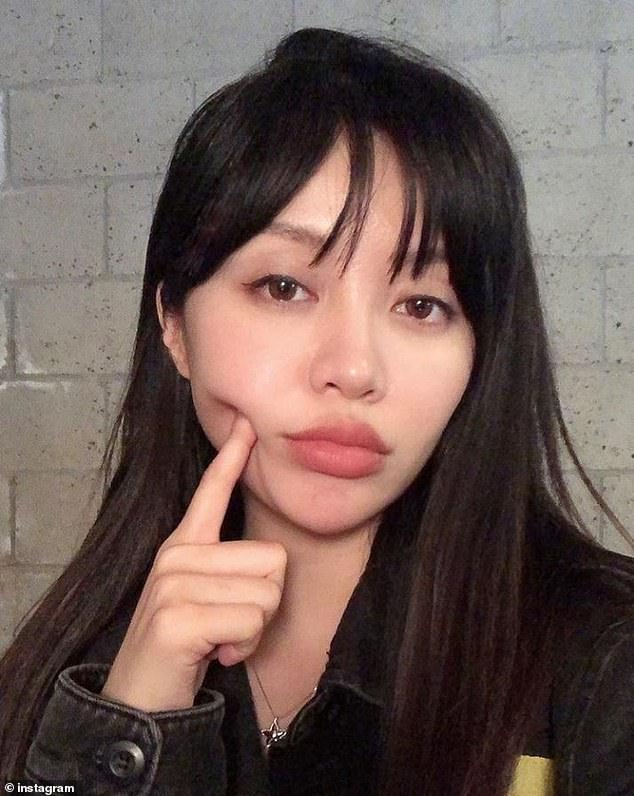 Staying busy: ‘I was at the height of the party. And that’s when you want to leave,’ Michelle said about leaving her influencer career behind

Another venture Michelle is now passionate about is Bitcoin, the cryptocurrency that reached peak popularity last year. She’s also an investor at Quarters, a cryptocurrency gaming company.

‘It’s probably the most important investment you can ever make in your life,’ she said about the crytocurrency.

One criticism surrounding the investment is that people can not currently use the money gained through Bitcoin to make real-life purchases. But that doesn’t bother Michelle in the slightest.

‘That was the same with the internet, too. Remember when there was only internet cafes? And now we have the internet on our phones,’ she said, addressing Bitcoin’s potential growth in the future.

Fans probably did not predict this turn of focus for one of their favorite YouTubers, but Michelle still works to provide some content related to beauty on her social platforms.

Michelle also recently showed off four brand new glosses for fans on her Instagram and YouTube in an advertisement, marking her brief return to the influencer space.

‘The shallow truth is that I still want to look good. I want to age aesthetically,’ Michelle said about her passion for beauty.

‘I don’t like using the term “gracefully,” because what does that even mean? I’ll do treatments to look younger, of course. There are some things you can do stimulate collagen growth, therapies, or certain fillers.’