By Chris Wheeler for MailOnline

Only four months have passed since they were ritually humiliated 6-0 at Wembley by Manchester City in what was the biggest FA Cup final win in 116 years.

If that wasn’t reason enough to be on high alert for a visit to the Etihad, then Watford’s recent record against City should have done the trick. 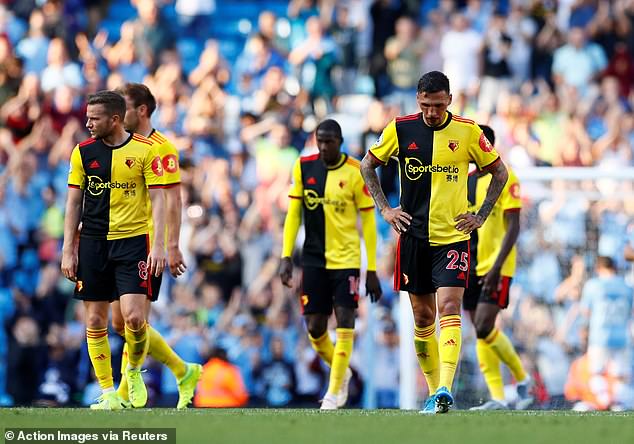 In the previous 10 meetings between the two clubs, the reigning Premier League champions had scored 25 goals and conceded just three.

By the time 18 minutes had elapsed on the stadium clock here, that number had risen to 30 goals. By full-time it was 33.

City were brilliant. Breathtaking at times. Irresistible in their build-up play and ruthless in their execution. But then again, we already know that about Pep Guardiola’s side – and Watford certainly do. Which makes it all the more mystifying just how culpable they were for their capitulation.

If the club’s Italian owners thought that sacking Javi Gracia and re-appointing Quique Sanchez Flores would solve the club’s defensive failings that have resulted in no clean sheets since February, they were much mistaken.

Watford may have recovered to draw 2-2 with Arsenal in the Spaniard’s first game back but there was no let-off this time. 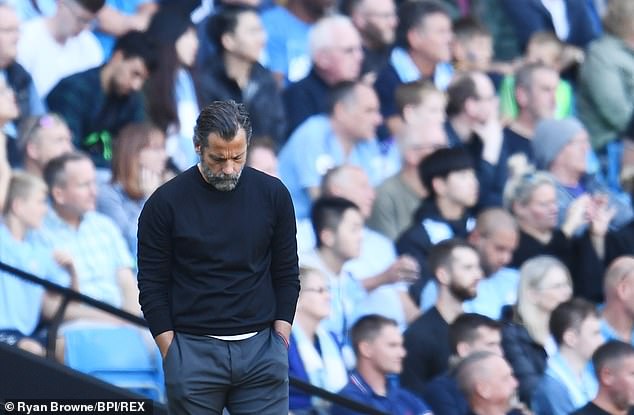 After earning praise against Arsenal, Quique Sanchez Flores was left with much to ponder

As much as the plaudits must go to Bernardo Silva for his hat-trick and Kevin De Bruyne for a brilliant strike and another raft of assists, Watford’s shortcomings cannot be overlooked. The majority of the goals carried with them a large degree of blame on their part.

There were four defenders around David Silva when he turned the ball home after just 53 seconds, Riyad Mahrez and De Bruyne having been far too much time and space to create the chance from the right flank.

Ben Foster was at fault for the second, upending Mahrez as he made an ill-judged dash off his line to challenge the Algerian for a loose ball, but the problems could be traced back to Etienne Capoue losing out to De Bruyne with a lazy challenge in his own half moments earlier.

Sergio Aguero converted from the spot to become the first Premier League player to score in the first six games of the season, and the third after Wayne Rooney and Thierry Henry to score a century at one stadium. 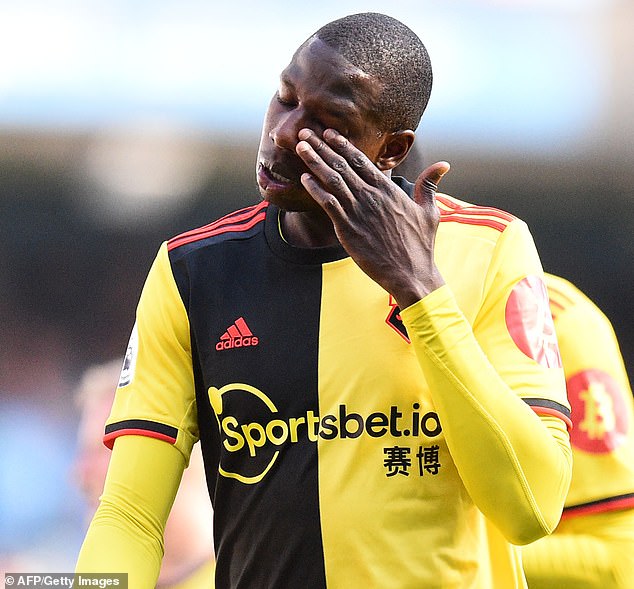 Tom Cleverley then inadvertently contributed to City’s third when Mahrez’s freekick on the edge of the area struck him full in the face and wrong-footed Foster.

If that was a little unfortunate, the same could not be said for the next two goals that left Watford reeling at 6-0 with less than a quarter of the game gone.

Bernardo was completely unmarked when he stooped to head in from close range after Nicolas Otamendi had flicked on a corner from De Bruyne.

The Belgian was involved again when Abdoulaye Doucoure inexplicably turned his back on Aguero at another freekick six minutes later.

De Bruyne has made a career out of spotting openings like that and slipped the ball quickly to the Argentine. Aguero guided it to the far post where Otamendi was left unmarked to score in an empty net.

By then the storm had subsided but not for long as Bernardo scored two more before the hour to pile on the humiliation. 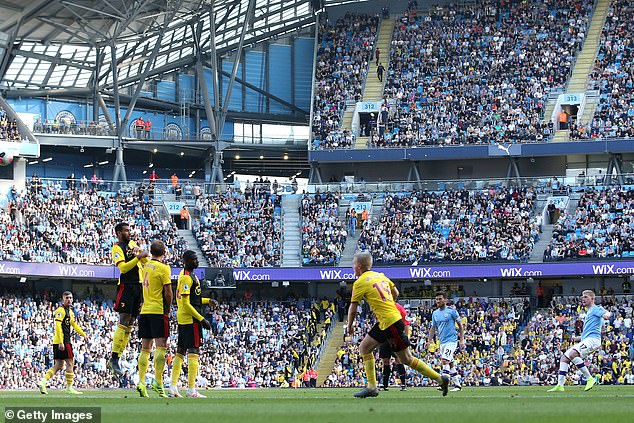 Again, Watford’s defending was questionable as Will Hughes had a chance to clear but fluffed his header. City’s Portuguese winger turned inside Craig Dawson to beat Foster again.

When De Bruyne set up the seventh with another cross from the right on the hour, Bernardo even had time to miskick and try again before beating Kiko Femenia and Foster.

It would have been substantially worse had City not hid hit the woodwork on three occasions through Aguero (twice) and Mahrez.

All the game was missing was a De Bruyne goal and it finally arrived in emphatic style, an unstoppable drive into the top corner that gave Foster no chance. It was possibly the only one of the eight that Watford could have done nothing about.

It will be a painful week for Sanchez Flores sifting through the wreckage of this defeat. For while we might have seen City at their devastating best once again, this was Watford at their worst.

Tom Watson: Jon Lansman has undermined myself and Jeremy Corbyn