The New York Times is facing intense backlash after revising its ‘bombshell’ article describing new sexual assault allegations against Brett Kavanaugh to include the fact that the alleged victim does not remember the apparent assault and had declined to be interviewed about it.

The Times published its story on Saturday based on claims made by Max Stier, a former male classmate of Kavanaugh’s at Yale.

Stier did not speak to the newspaper’s reporters. Two of them, who have written a book about Kavanaugh’s college years, however discovered that he reported to the FBI and senators seeing the Supreme Court Justice push his genitals against a woman at a party in the 1980s.

It is unclear when Stier reported what he saw.

The woman – who has not been named – does not remember the incident and has never spoken of it publicly. Those details are in the book, which is due to be released on Tuesday, but the newspaper did not include them in the excerpt it published online Saturday.

It amended the story on Sunday, after someone who had seen an advance copy of the book flagged the omission.

By then, President Trump – a vocal enemy of the NYT – had intervened to defend Kavanaugh against impeachment demands from Democrats. 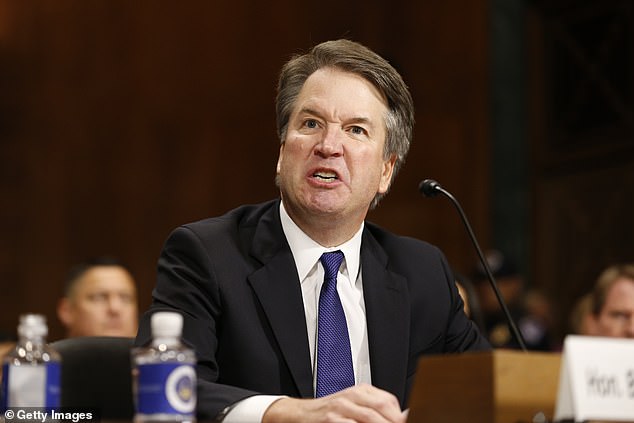 This was the Editors’ Note which was added to the story on Sunday, a day after it went online

The fresh claim is similar to a different allegation made by Deborah Ramirez who says Kavanaugh pushed his penis in her face when she was drinking heavily at a party around the same time.

Ramirez claimed that Kavanaugh exposed his penis to her and thrust it in her face at a dorm party, forcing her touch it while they were both students at Yale.  She alleged that others at the party had been passing a fake penis around and laughed at her afterwards. 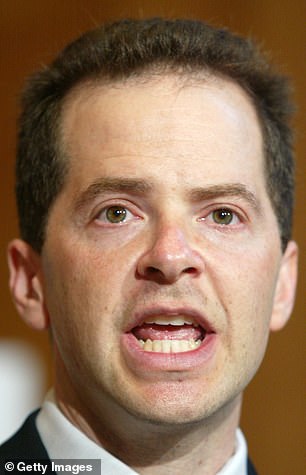 Max Stier, President and CEO of Partnership for Public Service, alleged he saw Kavanaugh push his penis into the hand of a unnamed female student at a party. He did not speak to the New York Times but told law enforcement of his allegations and the newspaper found out

The woman at the heart of the new claim has not spoken publicly about it but according to ABC, said when questioned about the NYT report: ‘All I can say is ask Brett.’

According to the NYT, Stier notified the FBI and senators about the incident, but the FBI did not investigate the claim or interview the alleged victim.

They did not name the ‘officials’ who told the book’s journalists that he had even reported it or say why it was not, as they claimed, properly investigated.

The book by two of the newspaper’s journalists – The Education of Brett Kavanaugh: An Investigation- is out on Tuesday.

‘An earlier version of this article, which was adapted from a forthcoming book, did not include one element of the book’s account regarding an assertion by a Yale classmate that friends of Brett Kavanaugh pushed his penis into the hand of a female student at a drunken dorm party.

‘The book reports that the female student declined to be interviewed and friends say that she does not recall the incident. That information has been added to the article.’

The omission was first noted by The Federalist’s Mollie Hemingway, who reviewed an advance copy of the book.

She tweeted: The book notes, quietly, that the woman Max Stier named as having been supposedly victimized by Kavanaugh and friends denies any memory of the alleged event.’

The NYT had already apologized for tweeting that ‘having a penis thrust in your face may seem like harmless fun’. 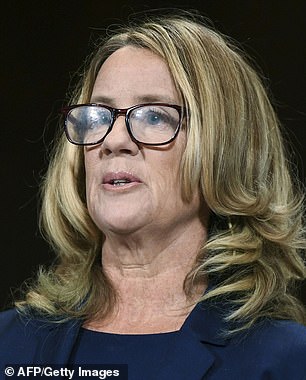 Minutes after that first tweet was posted, the paper issued a retraction, writing: ‘We have deleted an earlier tweet to this article that was poorly phrased.’

They later deleted that post following further criticism, adding: ‘We deleted a previous tweet regarding this article. It was offensive, and we apologize.’

Since the fresh allegation has come to light a string of Democrat 2020 presidential hopefuls have called for Kavanaugh to either step down or be impeached.

He tweeted: ‘Brett Kavanaugh should start suing people for libel, or the Justice Department should come to his rescue.

‘The lies being told about him are unbelievable. False Accusations without recrimination. When does it stop? They are trying to influence his opinions. Can’t let that happen!’ 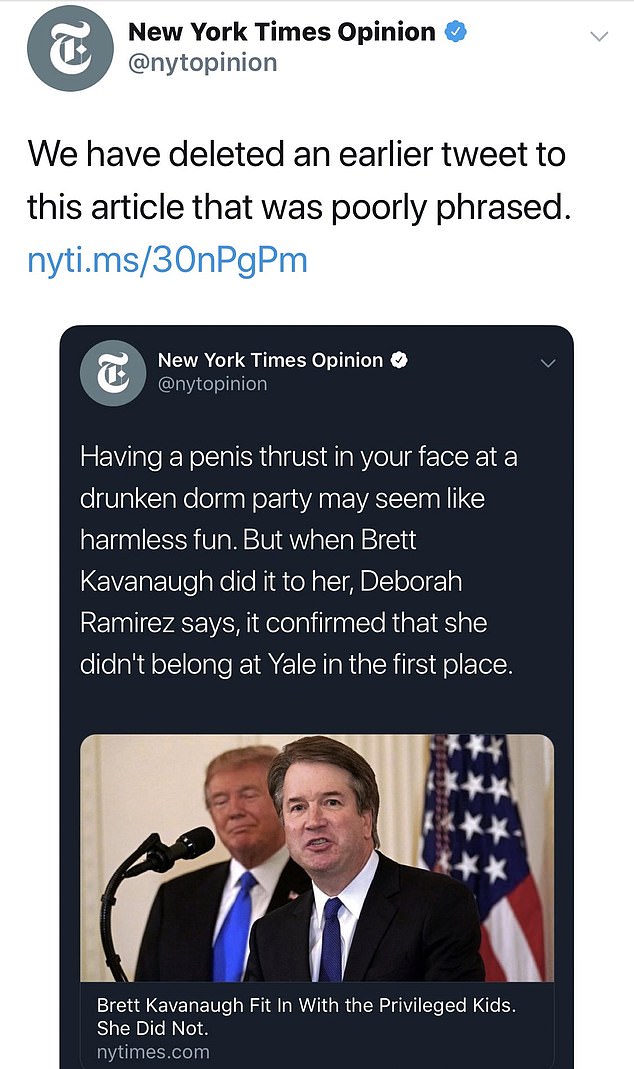 The 52-year-old claimed 17-year-old Kavanaugh held her down on a bed at high school party when she was 15 and tried to remove her clothing, putting his hand over her mouth to stop her screaming.

Her emotional testimony before the Senate Judiciary Committee last September became a milestone for the #MeToo movement.

It turned Kavanaugh’s confirmation into the most controversial since Clarence Thomas in 1991, who was accused of sexual harassment as well.

Third accuser Julie Swetnick rowed back from her claim Kavanaugh was part of a group who would spike ‘punch’ at parties in order to assault girls.

The judge was ultimately confirmed by the committee on October 6 last year.