‘We need to raise $1.7 million by September 30th’: Cory Booker’s campaign manager warns presidential run might be over soon without fundraising surge

By Jerry Barmash For Dailymail.com

New Jersey Senator Cory Booker may be ready to close the door on his presidential run, after a memo by his campaign manager reveals they are running low on funding.

Addisu Demissie sent a memo to staffers telling them Booker’s campaign needs to raise $1.7 million by the end of September to keep his White House hopes alive.

Demissie said to staffers in the memo, ‘The next 10 days will determine whether Cory Booker can stay in this race and compete to win the nomination.’

The campaign sent out the memo along with a watered-down version by Booker. 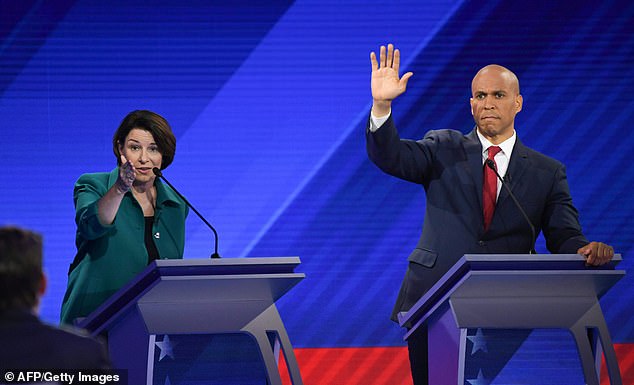 Sen. Cory Booker could be waving goodbye to his presidential dreams if he can’t pull in $1.7 million by the end of September 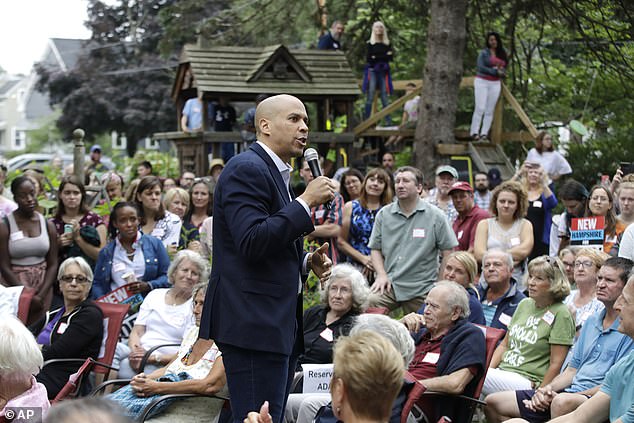 ‘The next ten days will determine whether I have a path in this race. To be completely transparent with you, team, I’m only going to continue running if I see a clear path to victory,’ Booker wrote in the email.

Booker was one of the first candidates to build a large operation in the critical early states.  But he’s never gained a foothold nationally. He averages just under 3 percent support in the polls, according to Real Clear Politics.

She pointed to the likelihood of ‘only four campaigns in this race with the money necessary to build and sustain the national organization needed to win the nomination.’ Booker (second from left) is poised to dropout of presidential race if he can’t raise another $1.7 million by end of the month 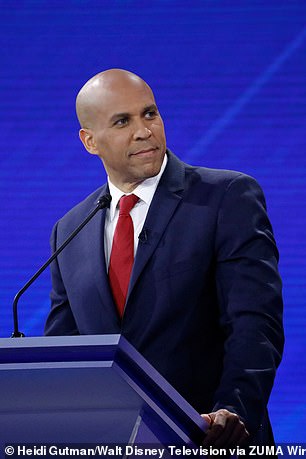 Senator Cory Booker said he’ll end his White House bid if he can’t secure another $1.7 million by end of September

‘If our campaign is not in a financial position to grow, he’s not going to continue to consume resources and attention that can be used to focus on beating Donald Trump, which needs to be everyone’s first priority in this election,’ Demissie wrote.

‘Cory got in this race to win it and to beat Donald Trump. With four and a half months until voting begins, he is well-positioned to do just that — if he has the resources to support and grow our team,’ Demissie said.

‘But if our campaign is not in a financial position to grow, he’s not going to continue to consume resources and attention that can be used to focus on beating Donald Trump, which needs to be everyone’s first priority in this election.’

Booker, along with the other Democrats in the field, spoke Saturday at the Iowa Steak Fry, as he takes his campaign through its ’11th hour.’

On Friday, New York Mayor Bill de Blasio ended his bid after realizing he had no chance of making the debate stage next month.