Peru Two’s Michaella McCollum opted for a casual look as she was spotted with a friend having lunch near her home in Belfast.

The former jailbird, 25, from Dungannon in Co Tyrone, who welcomed twin sons Rafael and Rio in May, donned a pair of blue-wash jeans and a black sporty bomber jacket as she strolled alongside a male companion.

Keeping her hands in her pockets, McCollum, who shot to notoriety as one half of the Peru Two in 2013, fashioned a pair of sunglasses on her head and wore her blonde hair loose.

During the relaxed outing, she was also seen looking in a local estate agents at properties for her new family. 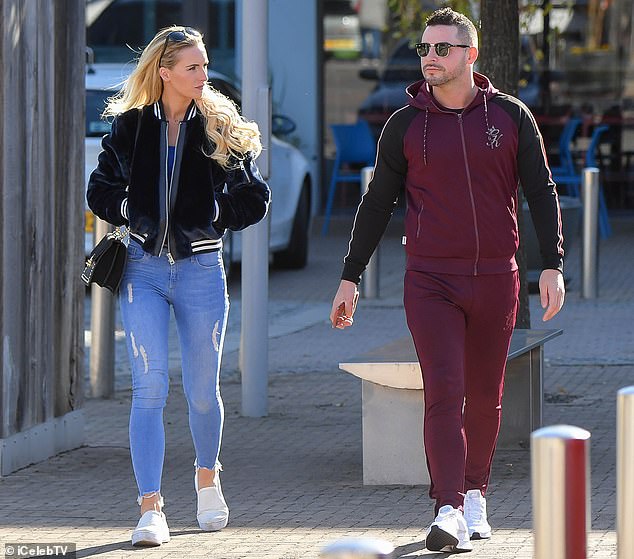 Michaella McCollum, 25, from Northern Ireland, opted for a casual look as she was spotted having lunch with a friend near her home in Belfast (pictured)

Despite juggling twin boys, Michaella seemed to be having a day off from parenting duties as she sat outside and sipped on a coffee.

After enjoying a glimpse of sunshine, the duo headed inside ‘Synge and Byrne’ for a bite to eat.

The outing comes just days after Mail Online reported Michaella is set to cash in after holding talks about a TV series based on her book about her criminal past.

The glamorous 25-year-old has been busy forging a new career since leaving jail in Peru three years ago and has been juggling meetings with being a mother to her twin boys. 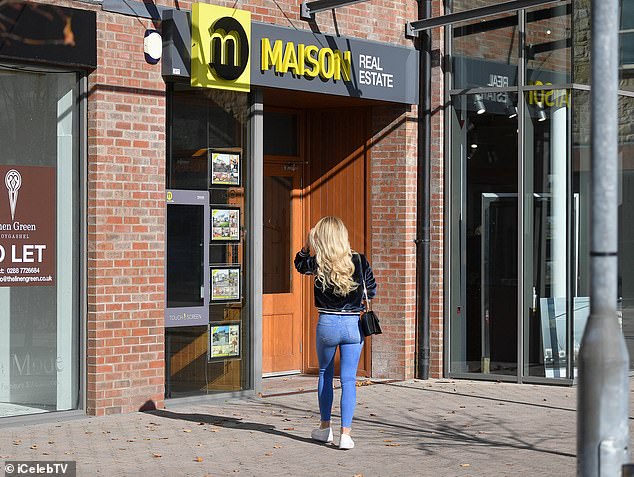 Michaella, who shot to notoriety as one half of the Peru Two in 2013, was seen looking in a local estate agents at properties 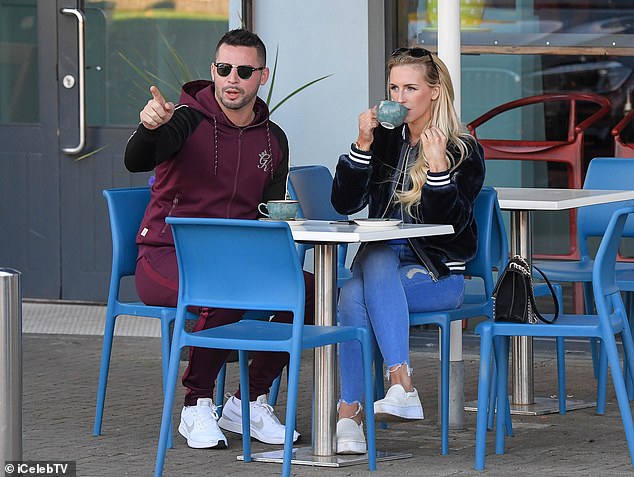 Making the most of the sunny weather, the former jailbird was accompanied by a male companion as she sat outside and sipped on a coffee 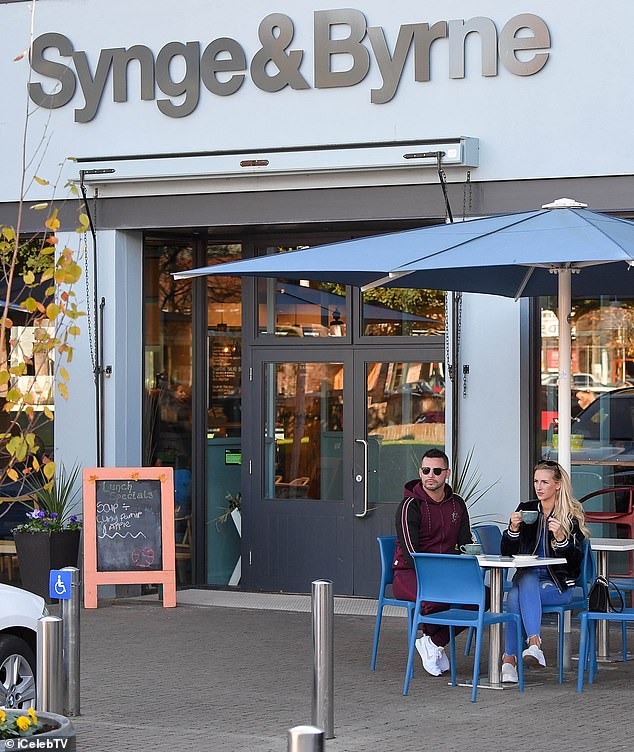 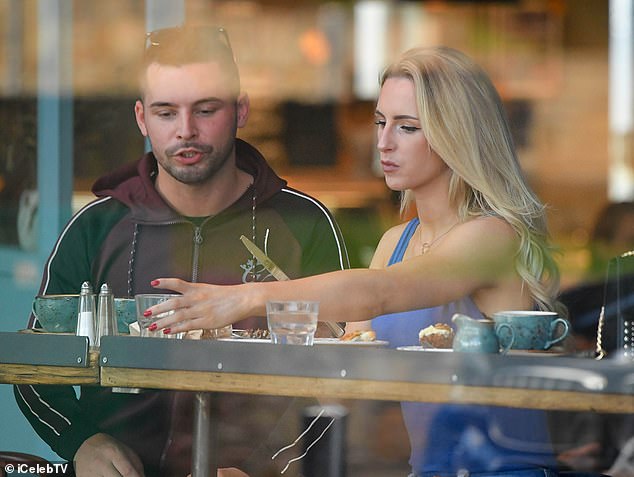 Taking off her jacket as they headed inside, the duo tucked into a slice of cake as they made the most of some down time

She was set to release her book House of Women last year detailing her time in the hellhole prison in South America before the publication was delayed.

The mother-of-two has now met with a TV production company in London to discuss ambitious plans to take her story to the small screen – with the prospect of releasing her book to coincide with it.

And if all goes to plan, Ms McCollum is set to make thousands from the Narco-like series and become ‘very rich from it’.

A well-placed source said: ‘True crime dramas have never been more successful and companies are always looking for the next one.

‘There is huge demand, real life is often stranger than fiction. Think Netflix series Narcos, based on druglord Pablo Escobar, or The People vs OJ Simpson.’ 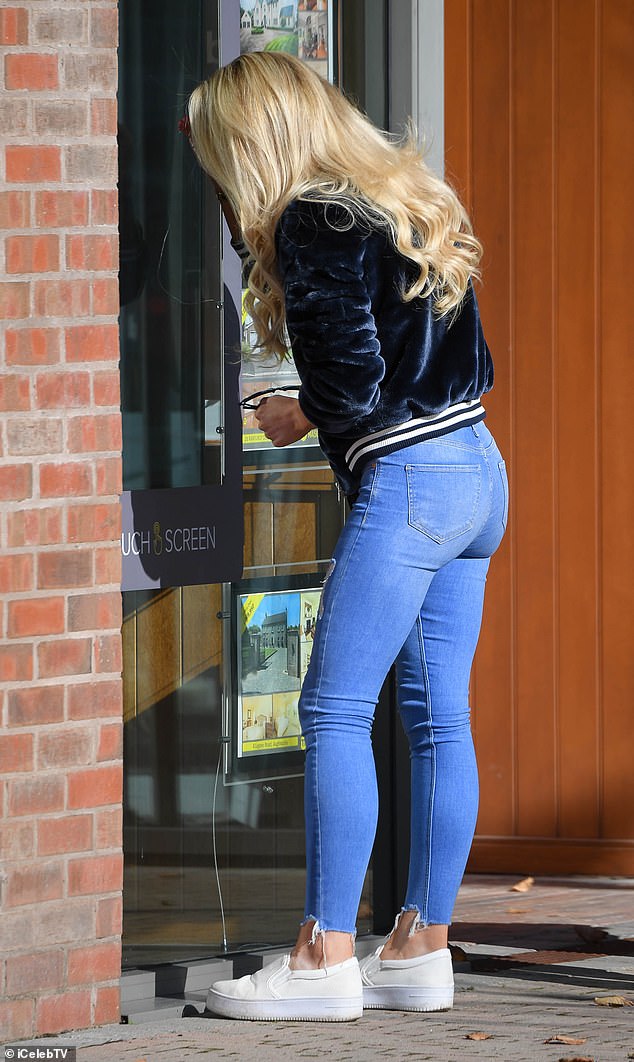 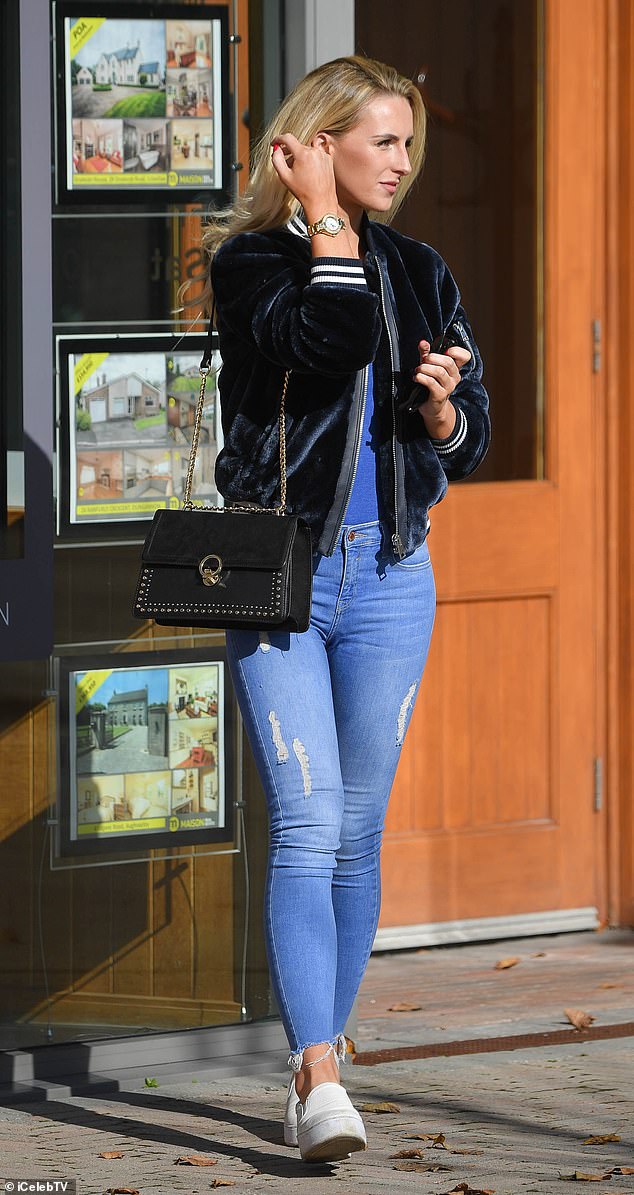 Coordinating her outfit with a black bag and white plimsolls, Michaella accessorised with a watch on her right hand and bright red nail varnish

Michaella McCollum Connolly and Melissa Reid from Scotland were dubbed the ‘Peru Two’ after they were caught trying to smuggle 11kg of cocaine worth £1.5million out of the South American country’s capital Lima, Peru in August 2013.

The pair were sentenced to six years and eight months in prison but were released in 2016 and former model Michaella now has a management company looking after her called BLVK.

Their list of clients include a raft of reality TV stars who appeared in Geordie Shore and Ex on the Beach, like Gaz Beadle, Abbie Holborn and Sarah Goodhart.

Others listed are Scotty T, Jordan Davies and the comedian Dapper Laughs, who all appeared on Celebrity Big Brother and another Ex on the Beach name is Jenny Thompson – she first came to public attention after a fling with footballer Wayne Rooney when she was a call girl.

A review of The Ultimo in Sydney

How to obtain a tourist visa for India

Personal trainer, 33, claims doctor refused to remove her breast implants as it would…

Mother could give birth to her own GRANDCHILD

Sales of decaffeinated coffee are rocketing and the good news: Decaff REALLY can be…