By Leigh Mcmanus For Mailonline

Footage of a man surprising his mother by wearing one of his late father’s shirts has melted heart’s on Twitter – and even given his love life a boost.

Clayton Walker from Texas, shared a video of the heartwarming moment on Twitter, showing his mother Julia Pritchett beaming proudly when she saw her son in her late husband’s clothes.

After she broke down in tears, her son embraced her and kissed her on the head, saying: ‘I love you.’

The post has received more than 900K likes and 157K retweets, with Twitter users admitting it had left them in tears.

And it prompted others to share their own stories, with one man revealing that he wears his father’s cologne, and a woman sharing a photo in her late dad’s shirt.

Clayton even received some romantic proposals as a result of his post, with women asking if they could date him. 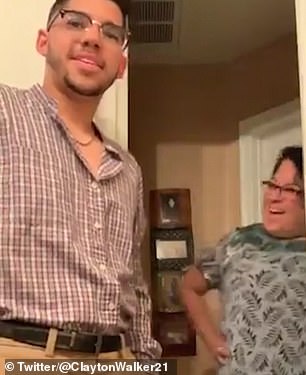 Introducing the video, Clayton wrote on Twitter: ‘My father passed away when I was one and I only have a few shirts of his, so I wore one for date night with my momma.’

He later called his mother his ‘best friend’ and won praise from many people, including his close friend J.D Andress who wrote a touching message.

He said: ‘Your dad would be proud of the person you are today, I know I’m proud to call you my best friend. Much love hermano.’

Julia Pritchett can be seen overcome with joy and begins to tear up. Her son, Clayton Walker, then embraces her kissing her on the head and saying ‘I love you’ 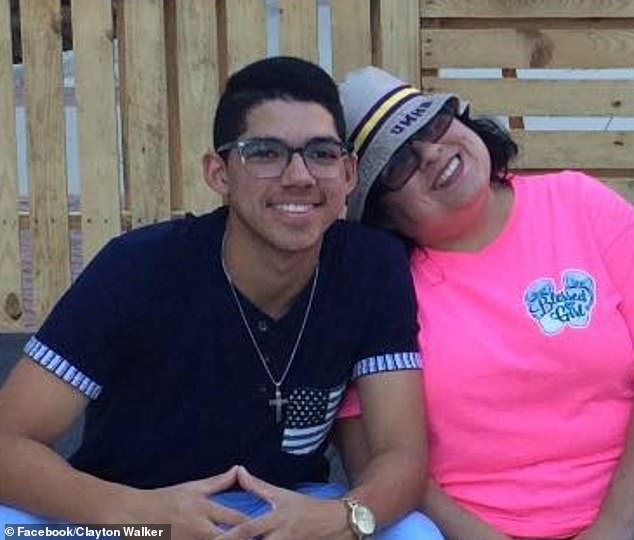 Clayton pictured with his mother. In his touching Twitter post, he said that his father died when Clayton was just one-year-old. He added later that his mother is his ‘best friend’

Another person added: ‘This Mother Son energy! Something I’ve always wanted with my mom. Much respect bro.’

Rudy-John Baptiste added: ‘A parent’s love for their children is so pure man, unconditional. Don’t ever take it for granted.’

However, some people couldn’t help leaving negative comments with one saying that it was time Clayton ‘got a girlfriend’. 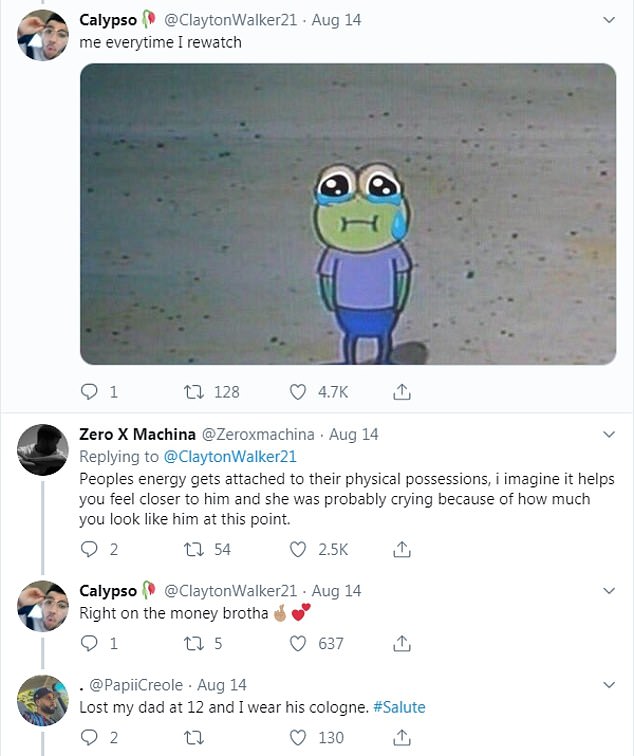 Commenters were moved to tears by Clayton’s video, and some shared their own stories of using clothing to feel close to late relatives

He hit back by sharing a video of him dancing with his mother, saying: ‘All you haters, my momma literally my best friend.’

He added: ‘There is always gonna be hate because some people are ugly and that’s okay.

‘But I’ve had so many beautiful comments full of love and my heart is full. Thank you you beautiful people.’

The Texas native has shared the footage on Twitter, receiving over 900k likes and 157k retweets and plenty of adoring comments, with one person saying his ‘dad would be proud’

Last-minute holiday deals in the Med and beyond

The best places in the UK to swim outdoors