By Jonathan Mcevoy For Mailonine

Lewis Hamilton’s Mercedes mechanics patched together his crashed car just in time for qualifying – but he was denied a place on the front row by the Ferraris.

After the drama of Hamilton’s prang in practice, Charles Leclerc put his car on pole with team-mate Sebastian Vettel second – the first all-Red lockout since Bahrain, nearly half a year of under-performance ago.

Hamilton was third quickest, unable to match the Ferraris on a track with high-speed straights that play to their strengths. 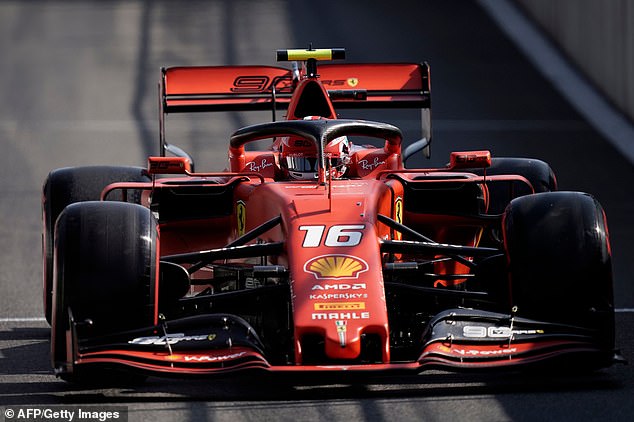 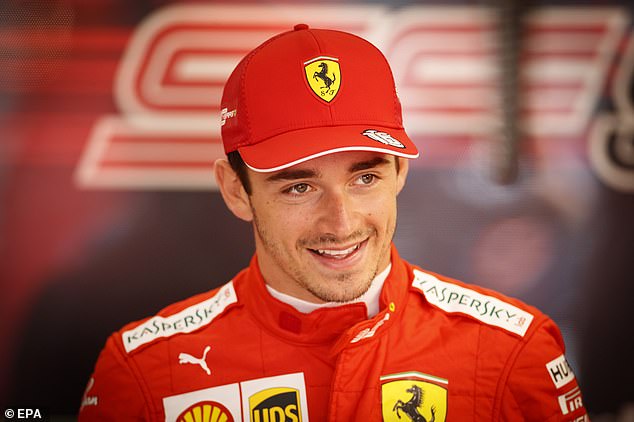 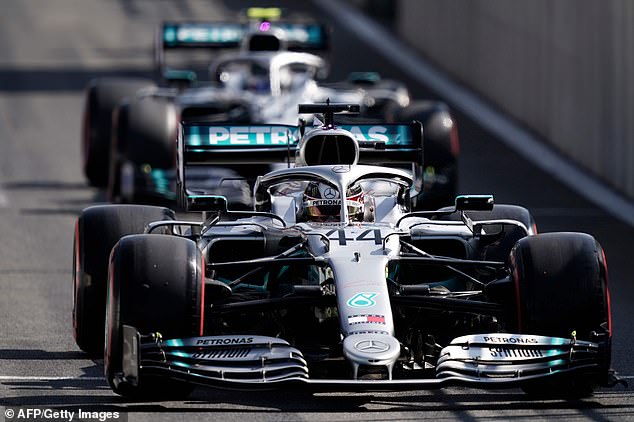 But he was only 0.015sec behind Vettel, who was a whopping seven-tenths behind Leclerc. And who’s No 1 there?

‘What a mess, what a mess,’ moaned Vettel, blaming traffic for his lack of pace.

Valtteri Bottas, in the second Mercedes, qualified fourth, a place ahead of Red Bull’s Max Verstappen.

Hamilton drove well after making it on to the track after badly injuring his car just over two hours before.

The world champion lost control at Turn 12 and careered into the tyre wall as he forlornly wrestled for control. 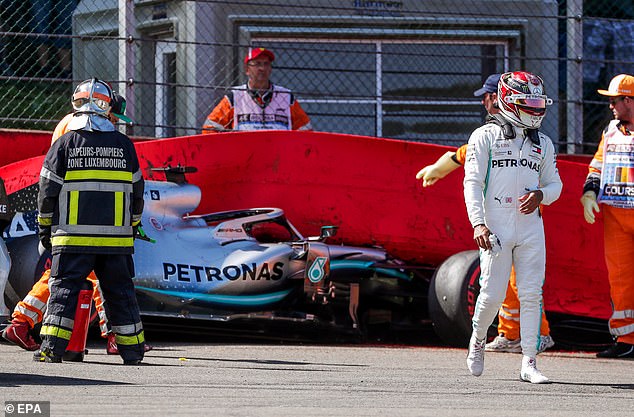 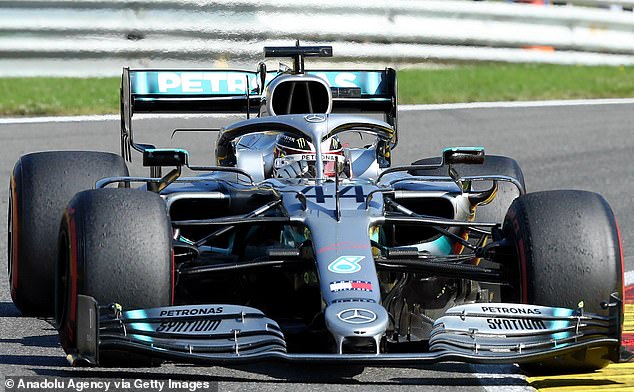 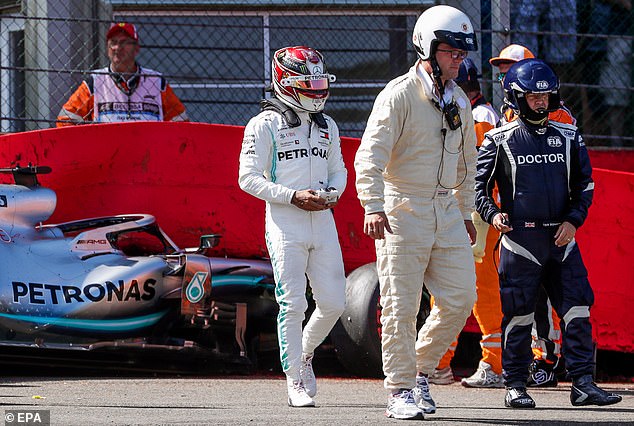 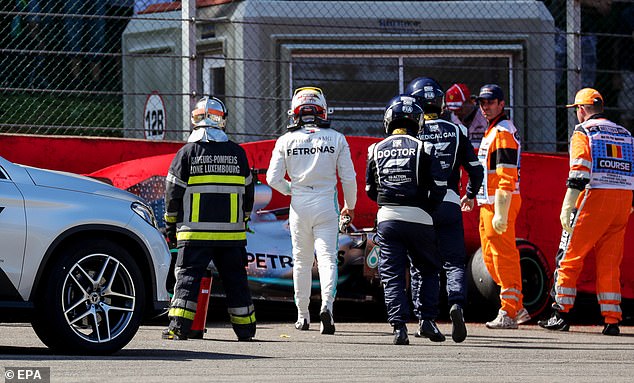 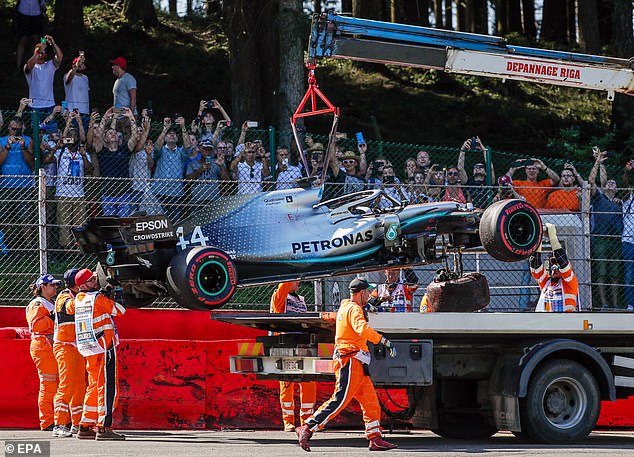 The front left side of the Mercedes was crumpled in the big impact, but Hamilton was uninjured.

He sat in the car for about a minute and apologised to his team. ‘I am in the wall,’ he said. ‘Sorry.’

The Brit rejected the offer of help from marshals as he climbed out of the cockpit and assessed the damage before being taken away in the medical car.

Hamilton’s machine was hoisted up on to a truck with the left front wheel only attached by its tether. 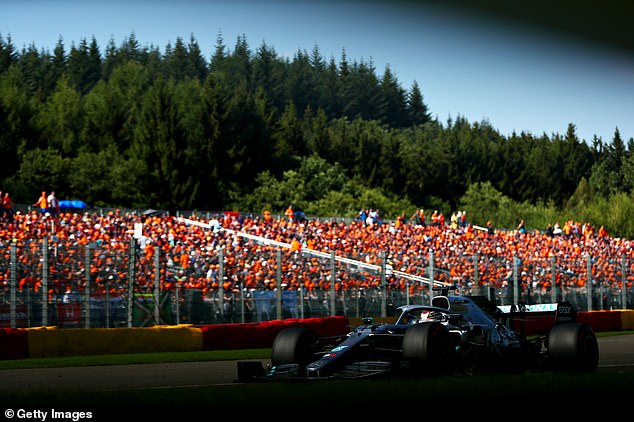 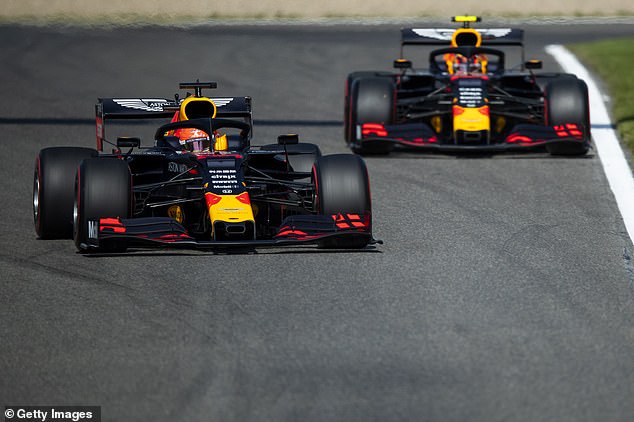 His team were still beavering away in the garage as qualifying started but were hopeful of making it in the nick of time. Their endeavour was helped when the (Mercedes) engine of the Williams driven by Robert Kubica blew, blue-grey plumes of smoke filling the forest air.

It brought about a red flag, delaying the action for 10 minutes. That gave the Mercedes boys more time. Hamilton, who brings a 62-point lead into Sunday’s race, came out when the session restarted.

There was a second red flag when Alfa Romeo’s Antonio Giovinazzi’s engine blew.

The two young Brits, McLaren’s Lando Norris and Williams’ George Russell, were 12th and 19th, while Red Bull’s London-born Thai Alex Albon was 14th quickest but will start at the back because of changes to his engine.

Leclerc’s pole was the third of his short career. He is only 21 and showing great promise. He is favourite now to secure his maiden victory. 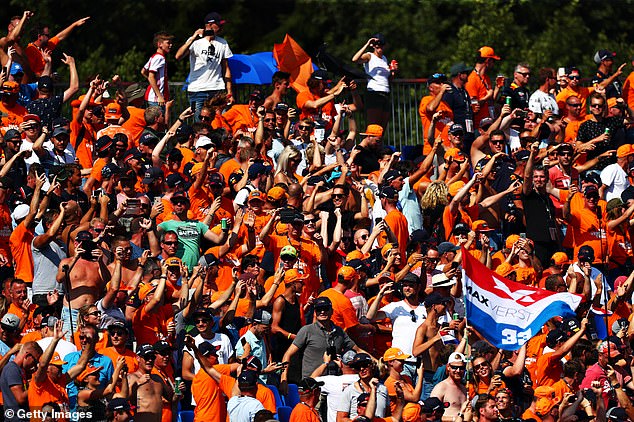