Billie Eilish’s brother and bandmate has found himself at the center of a very awkward Instagram trend that sees fans calling out the similarities between his chart-topping sister and his girlfriend.

Finneas O’Connell, 21, has been dating Los Angeles-based YouTube star Claudia Sulewski, 23, for over a year, however after posting a rare picture of his girlfriend and his sister together recently, fans have started bombarding the comments section to insist that Claudia is Billie’s doppelganger.

Online star Claudia has also has found herself on the receiving end of dozens of remarks, with dozens of Billie fans commenting on her images to point out just how much she looks like the singer – with others taking it even further, and making invasive remarks about her relationship, her looks, her style and her agenda with musician Finneas. 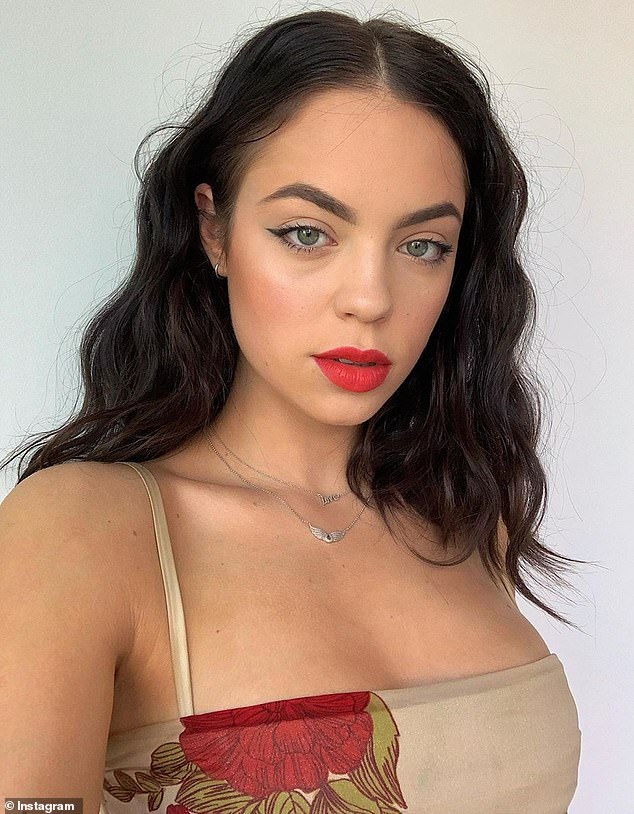 Brunette: Fans of Billie Eilish take to the Internet to declare likeness between the singer, pictured, and her brother’s girlfriend Claudia Sulewski 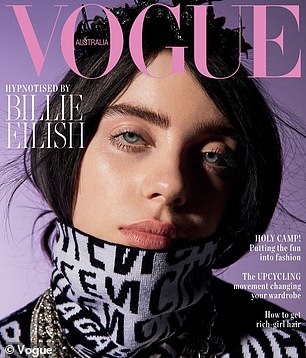 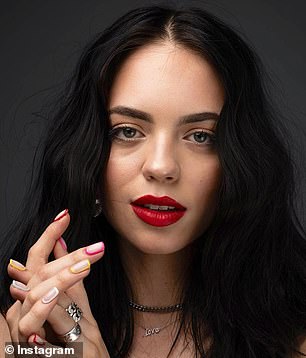 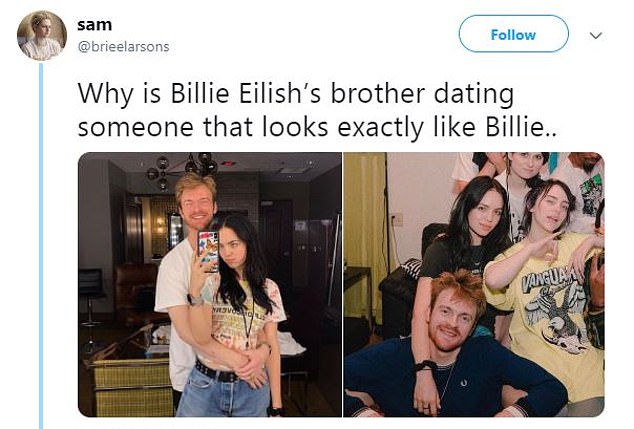 Any uploads posted by musician Finneas posing with his girlfriend now garner an onslaught of suggestive comments.

‘I’m sick of seeing you with claudia and thinking its billie at first dawg,’ reads one while another social media user fired, ‘You must REALLY love your sister Bc you got a girl who looks like her twin’.

The onset of comments started when Finneas posed with both Claudia and Billie after a concert in Atlanta, Georgia, and posted the photo to his Instagram account. Almost instantly, messages such as ‘two Billies’ and ‘why do Claudia and Billie look alike’ began to appear.

The intrusive comments only appeared to double when Chicago-native Claudia also posted the same photo. 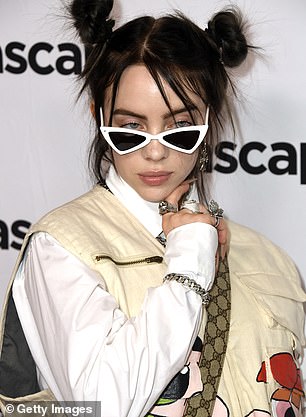 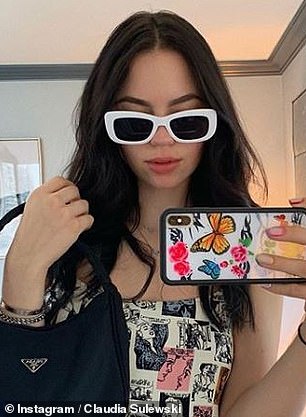 Strike a pose: Fans continue to point out similarities between fashion-forward Billie, pictured left, and Claudia 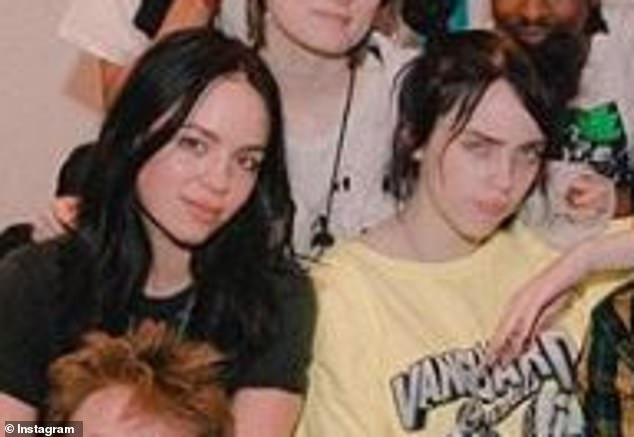 ‘Family sitcom’: The onset of comments began after Finneas and Claudia both posted this photo with girlfriend Claudia and ‘Bad Guy’ singer Billie (pictured in yellow) 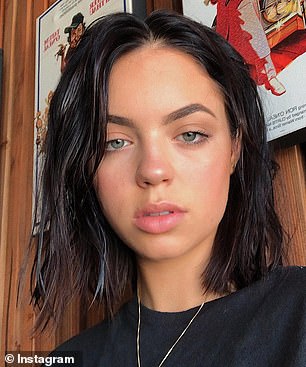 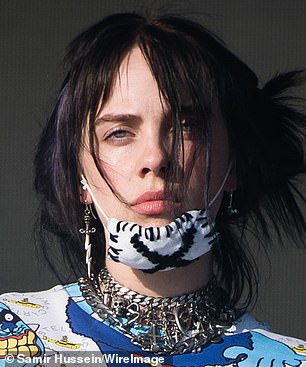 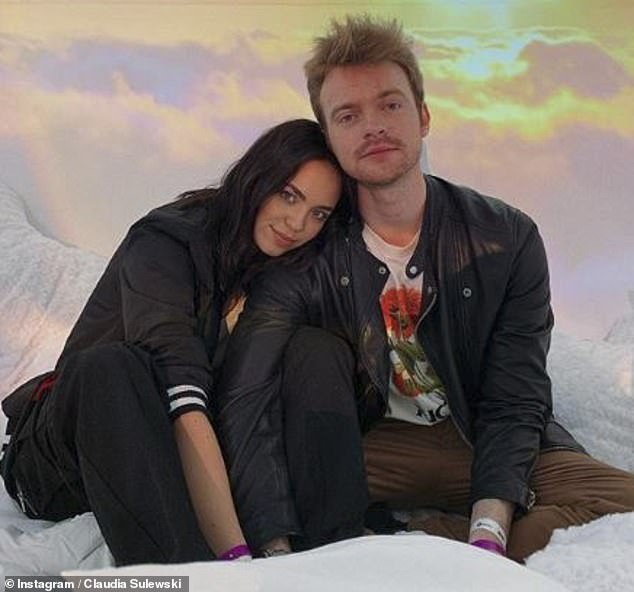 Love birds: Inseparable pair Finneas and Claudia have been dating for a year and a half 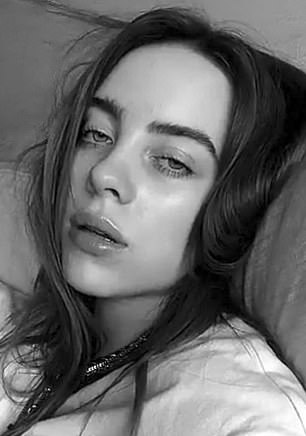 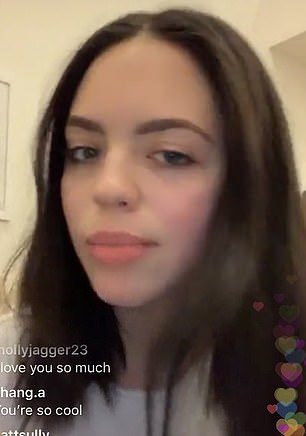 ‘Billie and Claudia literally look like biological twins forrrealll,’ reads one comment which has racked up over 3,000 likes.

‘You look like a mix of Billie and Kendall Jenner,’ a user directed towards beauty guru Claudia on Instagram, while another wrote ‘She’s turning into Billie’.

Claudia, who began her YouTube beauty channel in 2010 at the tender age of 14, has a significant fan base of her own, with two million subscribers on the streaming platform and one million followers on Instagram.

‘I just.. don’t get how you’re okay with the incredible coincidence that he fell for you.. you’re literally billies doppelgänger and you don’t care,’ states a recent message on a post of Claudia and Finneas. 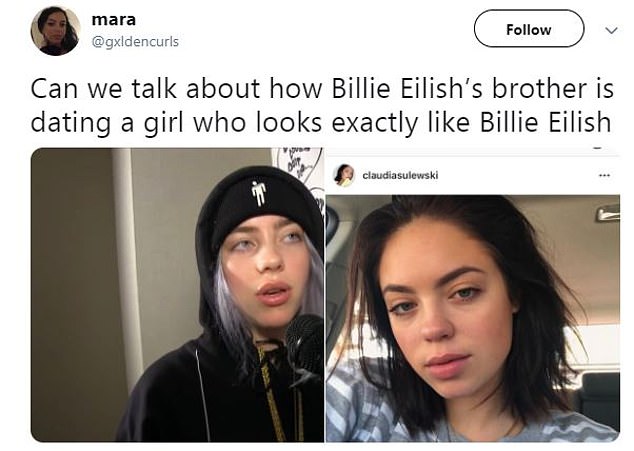 Twitter storm: Chart-topper Billie, pictured left, and YouTuber Claudia, pictured right, found themselves at the center of an invasive conversation about their similar features 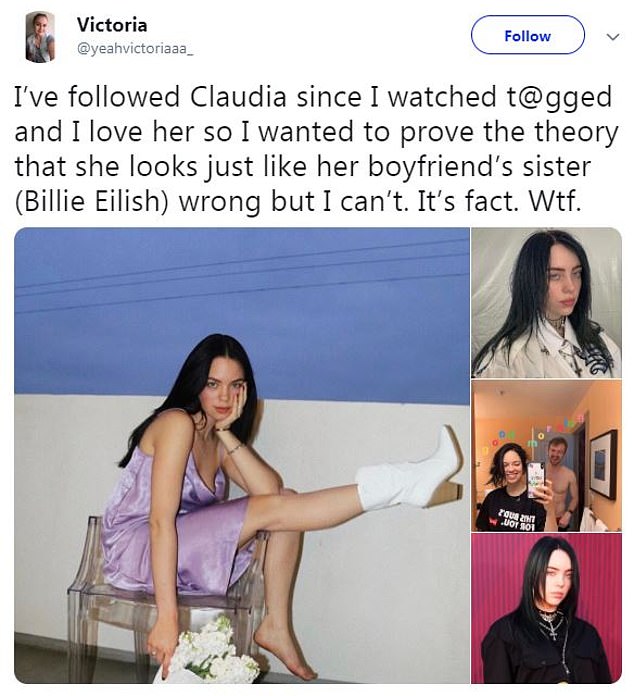 ‘WTF’: Twitter users claim they can’t ‘unsee’ the likeness between Claudia, 23, and Billie, 17, 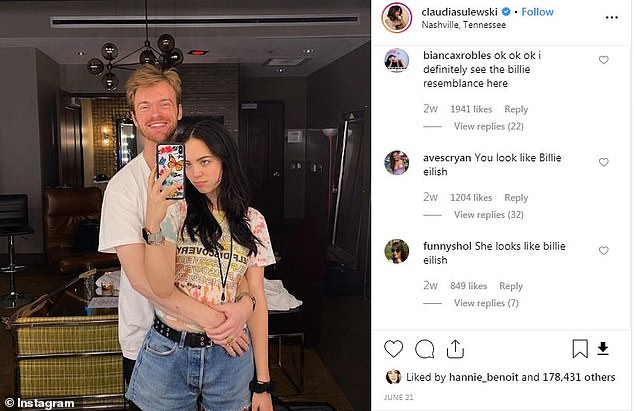 Intrusive: Fans of Billie continue to troll her brother Finneas’ Instagram account with comments about his girlfriend Claudia, pictured, and her similarity to Billie 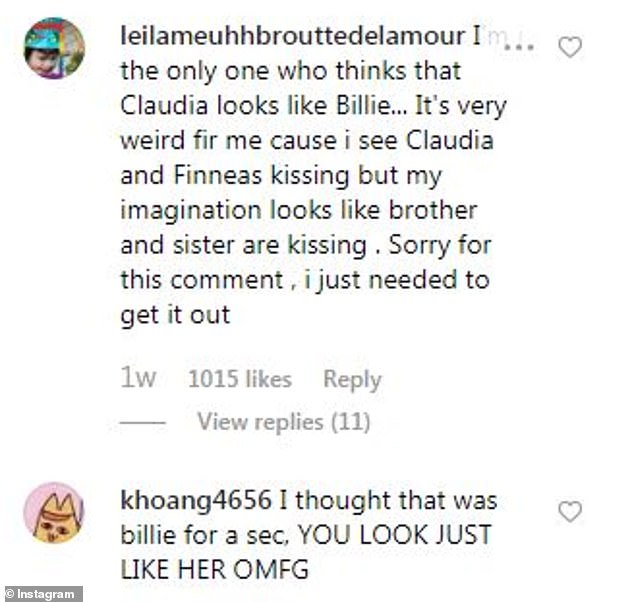 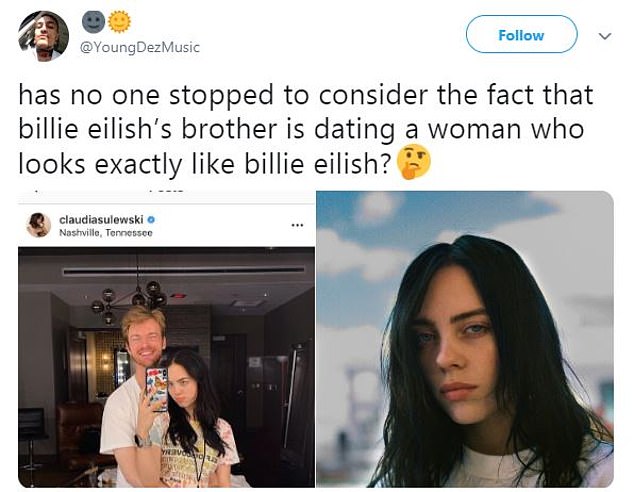 Comparisons: Social media users continue to weigh in on the perceived likeness of brunettes Claudia, pictured left with boyfriend Finneas, and Billie

On images of Claudia dressed in oversized clothes, which Billie has a penchant for, commentors accused Claudia of mimicking the singer’s style. ‘Why are you dressed like billie eilish,’ one person insisted.

Fans of hit-maker Billie have also taken to Twitter to rant about the supposed likeness between the two young women.

Among the onset of comments, there are those who point out that the resemblances between the duo are not a cause for such commotion.

Los Angeles-born Finneas had been working in the entertainment industry long before his younger sister became a global sensation. Having began writing and recording his own music as a 12-year-old, he went on to star as Alastair in the final season of TV show Glee in 2015.

That same year, Billie rose to prominence with her debut single Ocean Eyes, which was written by Finneas. To date, he has co-written and produced both her hit EP Don’t Smile At Me and her Number One album When We Fall Asleep, Where Do We Go?

Defense: Several fans of the singer jumped to Twitter to confirm they do not see the similarities between high-profile stars Billie Eilish and Claudia Sulewski

Of their musical collaboration, Billie has said, ‘If it’s not broken, why fix it? Coz there’s nothing to fix. You know. We started making music in his room which is nine feet wide in both directions.’

‘It’s worked, and it’s been working,’ the singer added. ‘So why not do that. It’s raw and it’s real that we are both completely proud of. That we love.’

‘I’m pretty good at handling the fame,’ Billie said. ‘Of course I’m not built for it – nobody is. But I feel like I’m kinda meant to do this (sic).’

Finneas has also continually released his own music, including the 2017 track Claudia, which was dedicated to his girlfriend. 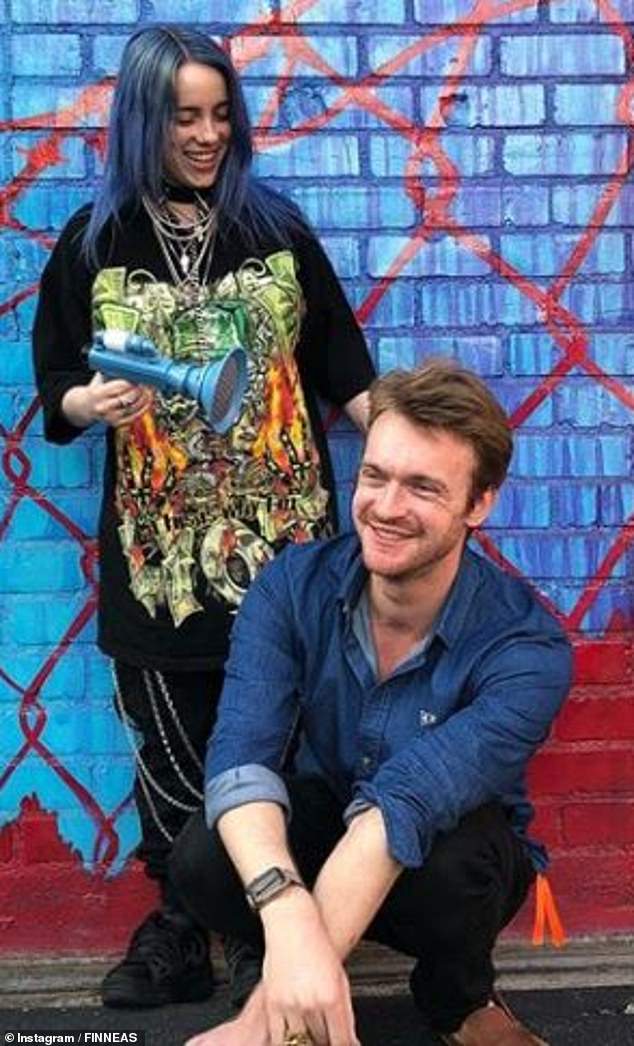 Siblings: Billie, 17, and Finneas, 21, have found global fame after recording tracks together in their Los Angeles family home