‘I was really, really close… I even met up with them’: Liverpool star Sadio Mane reveals he almost joined fierce rivals Manchester United after Louis van Gaal tabled a bid for striker

By Will Griffee For Mailonline

The Senegal forward has been on sublime form all season and took no time at all to establish himself as a star in Jurgen Klopp‘s side following his £34million transfer three years ago.

Having caught the eye with his lightning speed and eye for goal at St Mary’s, there were plenty of suitors and United saw their transfer target snapped up from under their nose by Liverpool. 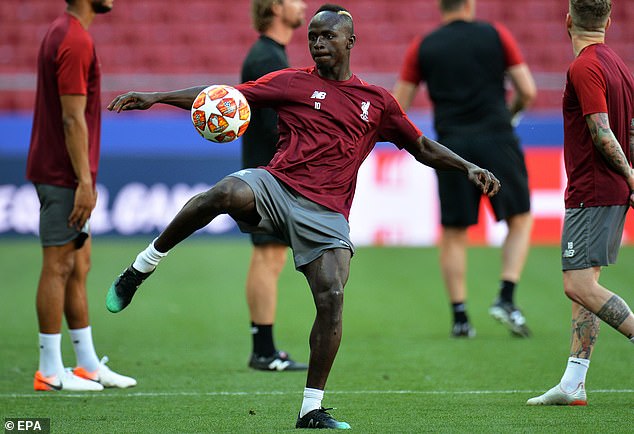 ‘Yes, I was really, really close because I even met up with them. So I was coming, I was there and I spoke with the boss who was there before (Van Gaal),’ Mane told the Mirror.

Klopp has been a decisive factor in attracting top talent to Anfield and Mane was amazed by the affection the entire Liverpool squad held for their boss.

‘I never thought it could be like this. It is incredible. Everybody in the team loves Klopp! Usually you go a club and the players are complaining, like, ‘ah the coach…’ but here it is the opposite. Everybody is happy and we do everything together.’

And the 27-year-old joked that Klopp wanted to bring him in so that he couldn’t inflict damage against the Reds when they played Southampton as he always seemed to score. 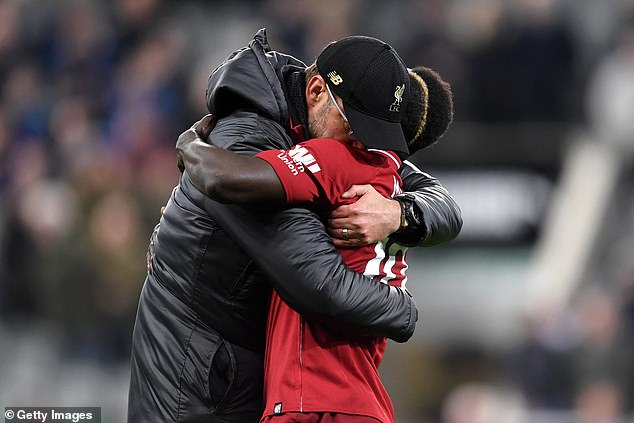 ‘The boss (Klopp) was at Liverpool and yet I always scored against them. I think he thought: ‘He’s always killing us, so let’s buy him!’ Yeah, just to stop me scoring against Liverpool – so it was good for us both!’

Mane has been the leading light of Liverpool’s deadly attacking triumvirate with Mo Salah and Roberto Firmino this season.

He has 26 goals and would dearly love to add to that tally in the Champions League final against Tottenham on Saturday.

The flying winger scored the equaliser in a losing effort against Real Madrid in the European showpiece last year but has another chance at glory this weekend. 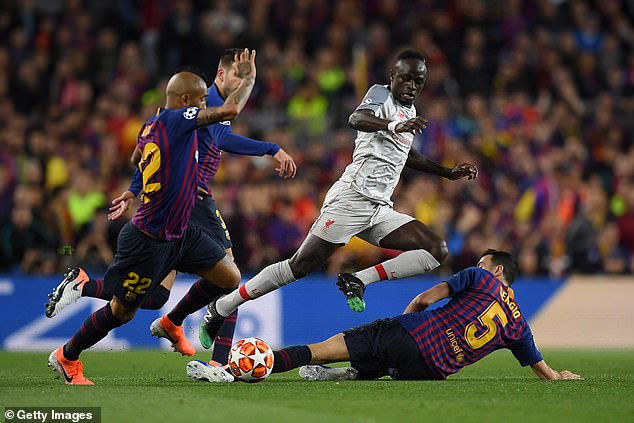 His performances have drawn admiring glances from the Bernabeu but Mane recently moved to nip any speculation in the bud.

‘I think after these kind of things (beating Barcelona in the semi-final), you won’t go anywhere else, because we are the best club and the best fans, so I think this is something incredible,’ he declared.

Liverpool are yet to lift a trophy under Klopp but the Reds are repeatedly putting themselves in positions to bring titles back to Merseyside.

How different Mane’s Saturday night could have been if Louis van Gaal had persuaded him to join United three years ago.